Departure day came around quickly. We’d taken the rear seats out of the C172, which gave plenty of of luggage space that we’d filled with our bags, two tents and other camping gear, plenty of firewood, and a cooler filled with ice and food for along the way. I worked during the day and headed out from the office as early as I could get away; I’d called ahead to the airport and they had the aircraft pulled out and ready to go.

Fuel at my home airport was expensive, and the C172 only had 40 gallon tanks, so our first flight was not too long, to Lakeway airport near Austin. We stopped long enough to fill the tanks only; Sophia didn’t even get out of the aircraft! Our plan was to get across as much of Texas as possible before stopping and camping for the night, as flying over Texas is not the most interesting thing in the world and we were keen to spend our time in more exciting areas.

Our next flight, of two and a half hours, was to Winkler county airport. I had chosen this stop in part because it had cheap fuel, in part because it was well situated for a short flight to our final destination, but mostly because I was entertained by the airport code of “KINK” and I wanted to add it to my logbook. It was dark by the time we arrived. Once again we made a short stop to use the self-serve fuel and top off the tanks before launching out into the darkness of west Texas.

This final night flight took us right to the western extreme of the Texas panhandle, and the small unattended airport of Dell City. After hours of flat, featureless landscape we now had to be cautious of the Guadalupe Mountains – the highest peak, at nearly 9,000ft, was almost exactly on the straight line route between Winkler and Dell City. In the dark, it could give an unwary pilot a nasty surprise. When we arrived, we were presented by a slight challenge, in that the pilot controlled lighting was not working. This is the kind of situation that one trains for during the PPL; night flight practice includes landings with no airport lights, just in case. We had a bit of a moon, and bright LED landing lights, so we made it down uneventfully.

We set up the tents and got the fire going. As I finished off the camp site, Sophia got busy with cooking dinner. She had provisioned us handsomely, and through the few days of the trip we enjoyed burgers, chicken, and salmon all beautifully cooked on an open fire. Tonight’s treat was seasoned chicken and after a long evening of flying, was very well received! 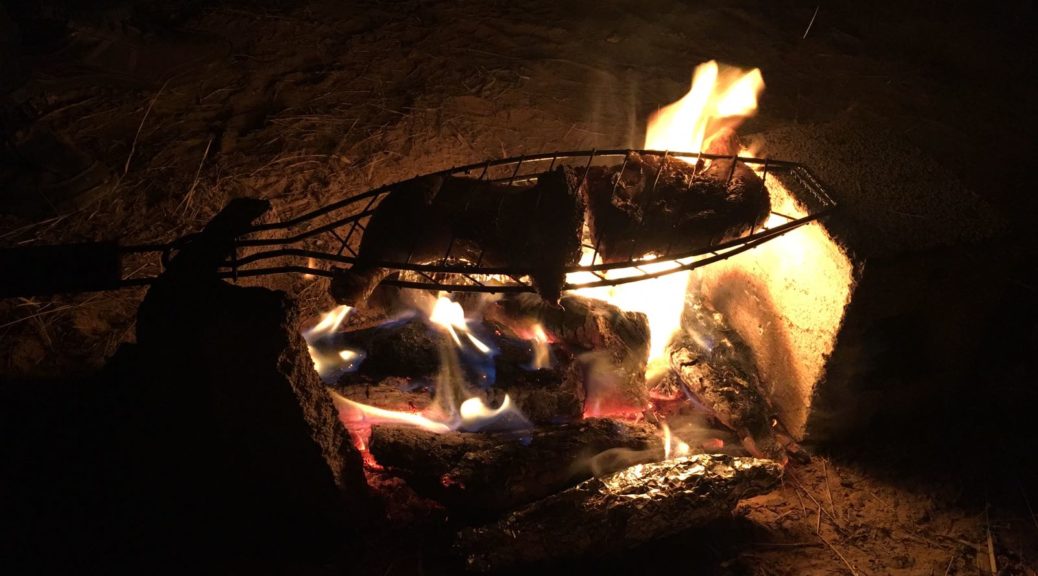 Time for a chicken dinner 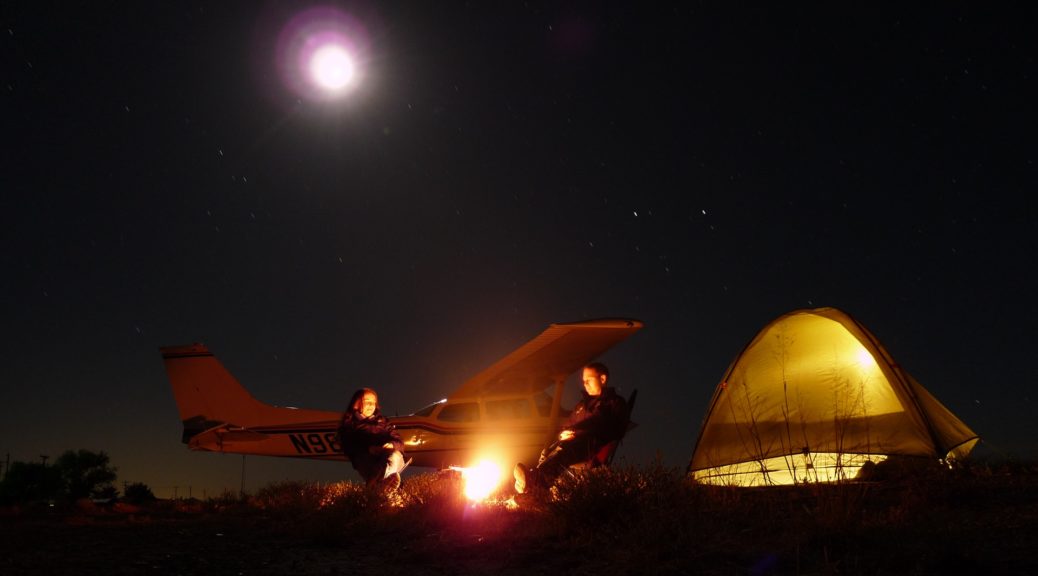