We woke early, mainly due to the very loud water pumps that were running the irrigation for the farming nearby. We snacked for breakfast, and then departed; no fuel or services available at Dell City! Our initial direction was north, to get around the restricted areas that were on the direct route to Alamagordo. We had to climb high to avoid the hills east of the city, and made a steep descent into Alamagordo once we were clear of the peaks. We parked up at Exile Aviation who kindly lent us their fantastic old Grand Marquis crew car to go and explore. 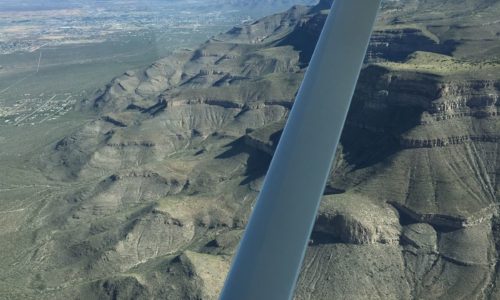 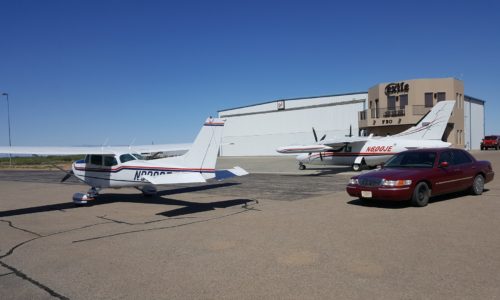 Parked up at Exile Aviation 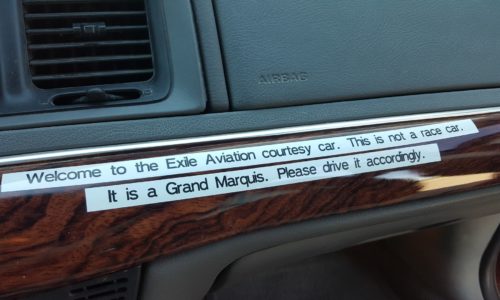 The reason we’d come here was to visit the famous White Sands National Monument. The dramatic white sand dunes were formed through gypsum being dissolved and swept down from the surrounding hills into the Tularosa basin, which has no outflow. The water evaporated or drained away as groundwater, and the gypsum remained, eventually being weathered down into sand. Before heading in to view the dunes themselves we stopped at the visitor center to learn a bit about the history of the area, as well as about the highly specialised animals that have evolved to live in the dunes. 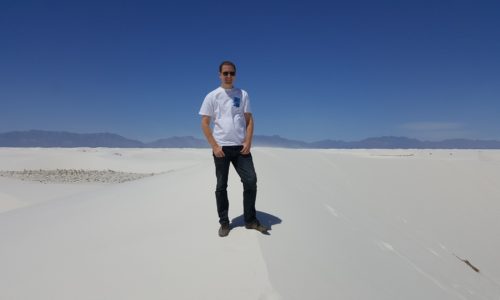 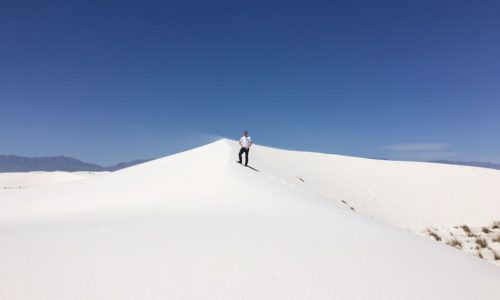 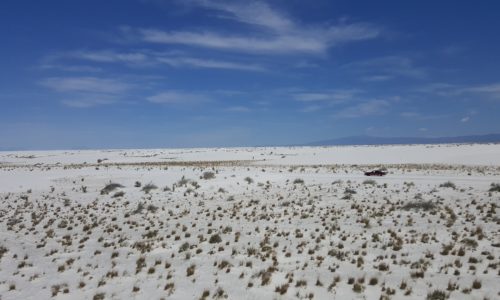 The Grand Marquis in the desert

We drove in to the dunes, which were much as one would expect. A terribly impressive landscape, and well worth a visit. Being located underneath the airspace of the White Sands Missile Range, there was a fair amount of military air traffic passing back and forth overhead. We ascended a couple of the dunes to take in the views, but sadly hadn’t thought ahead far enough to bring sleds for riding down them. Even in early May, the weather was getting very hot so we eventually retreated to the air conditioning in our Grand Marquis and went in search of a Mexican restaurant for lunch. 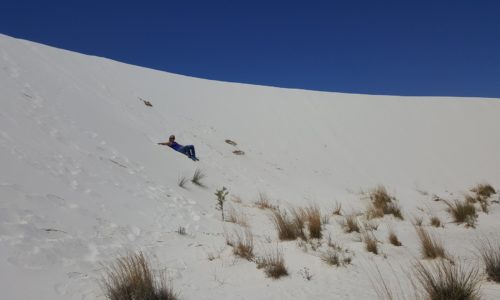 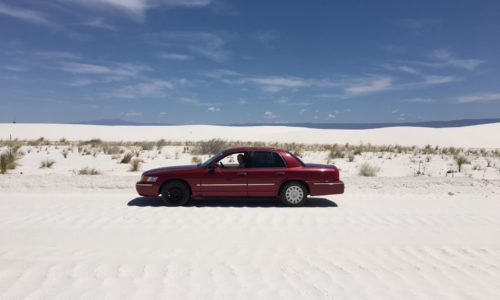 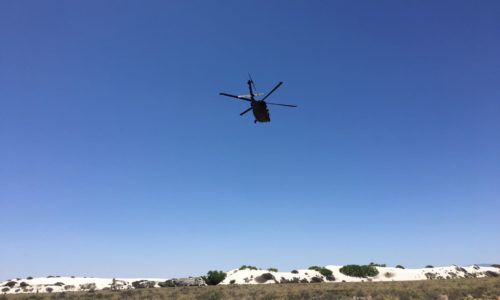 Exile Aviation had fueled up the aircraft for us in our absence. We took advantage of their facilities to shower and charge our devices, then took off headed southwest. The presence of the White Sands Missile Range meant that we had to follow a narrow flight corridor along US highway 54 almost as far as El Paso, and from there we turned west and followed the border towards Arizona. South of Deming, NM, we had to be careful to avoid the restricted area surrounding a tethered balloon. This supports a radar used to monitor the southern border that can ascend to nearly 15,000ft! We made sure to stay a respectable distance from the border itself, avoiding the temptation to cut the corner over Mexico, and after a little more than 2 hours we were arriving at the town of Bisbee, Arizona. 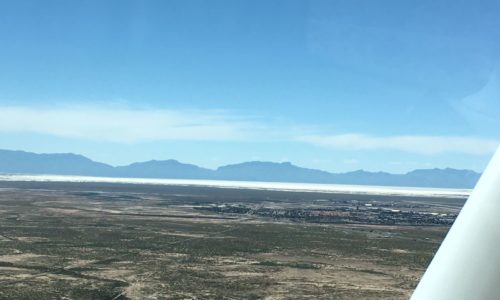 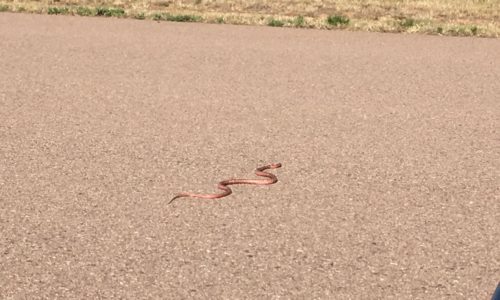 A slippery welcome to Bisbee 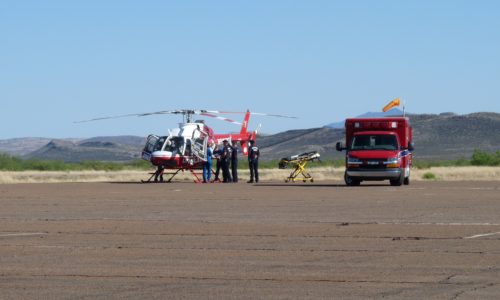 The southern end of the runway at Bisbee is less than 2 miles from the US/Mexico border. On landing, we were slightly perturbed to see a large red snake lazily crossing the runway ahead of us. We shut down, and were met by a very friendly gentleman who’d been working in his hangar. Despite having just met us, he gave us the keys to the car he kept at the airport so that we could go and explore the town. You always meet the nicest people at small rural airports! 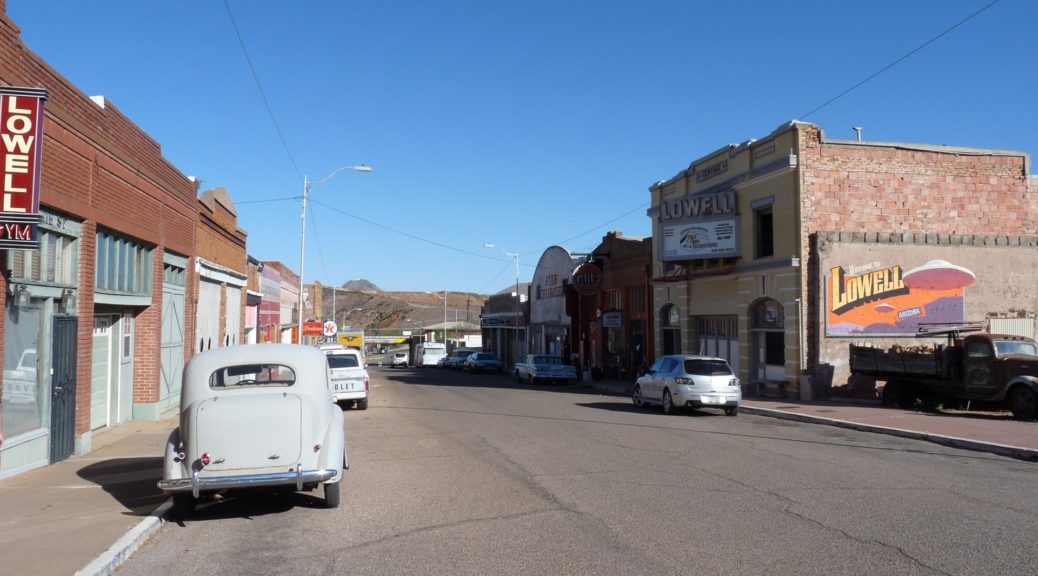 The suburb of Lowell 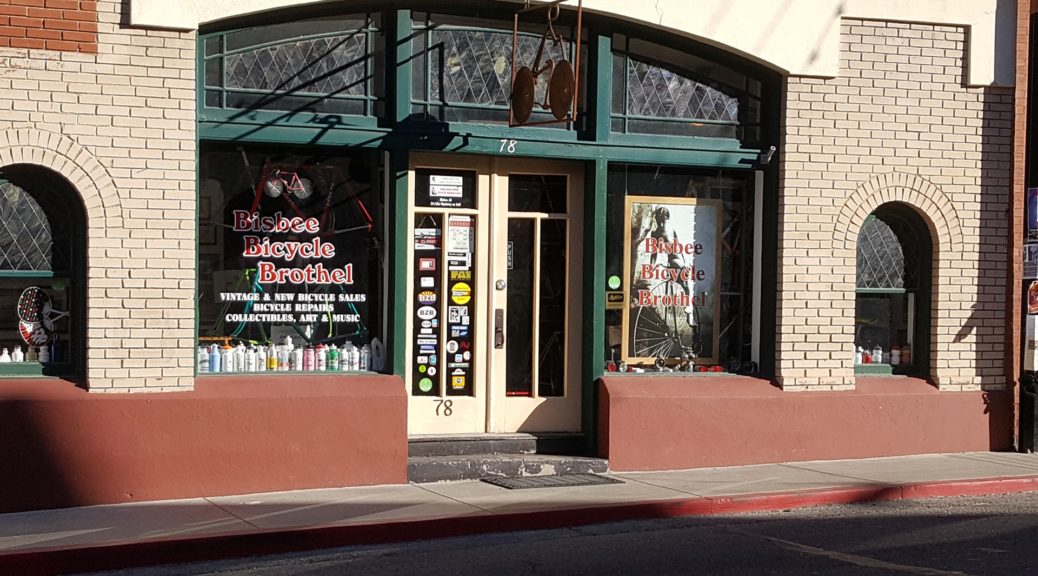 A trendy store in Bisbee 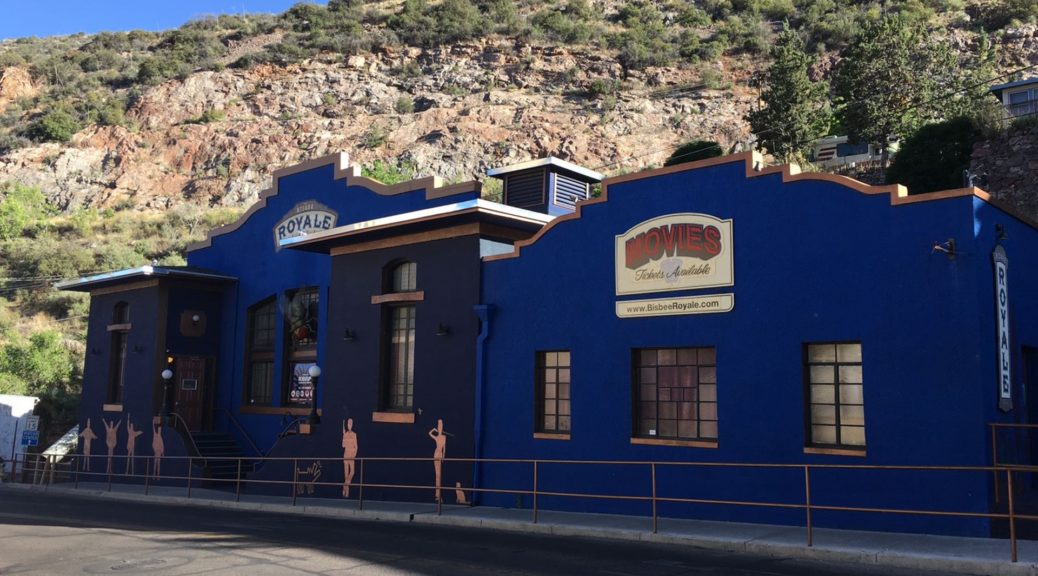 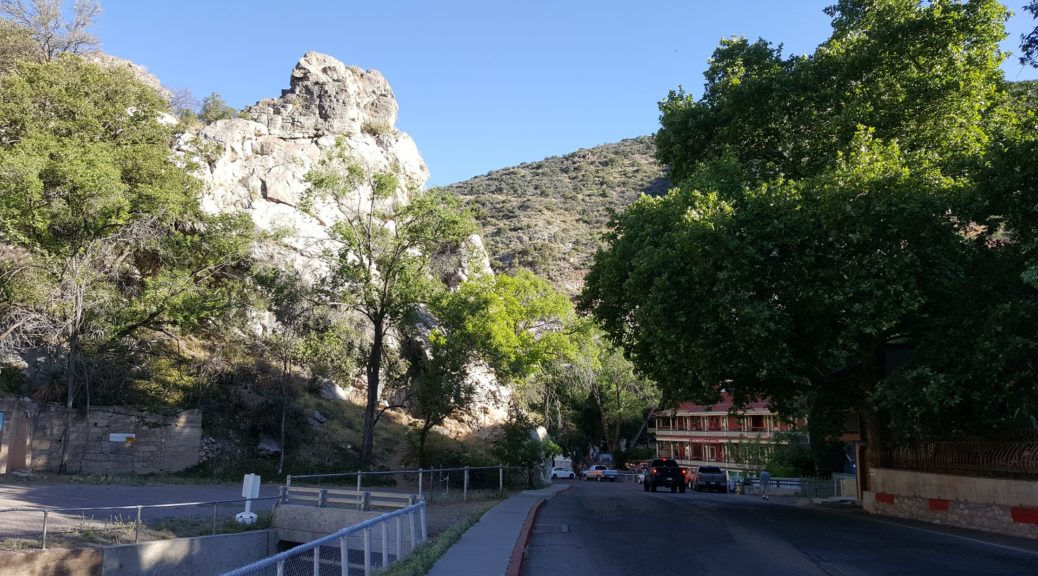 Bisbee was a small mining town in the Mule Mountains, founded in 1880 to exploit copper, gold and silver. The mining was highly successful and the town had a population of over 9,000 by 1910. The main mine closed in 1975, and the town’s concentration shifted to tourism. In more recent times the town has become a home for artists and “hippy” culture, and in 2013 gold and copper mining was started up again. All of this meant that the Bisbee we explored was a wonderfully active and historic little place, with one evening not being nearly enough to do it justice. We enjoyed drinks in a local brewery before heading back to the airport, setting up camp, and cooking up another delicious dinner from the cooler.