My return to Houston would be much faster paced than the outbound flight, with no stops for tourism. I headed back to San Diego early on Saturday morning, performed a careful pre-flight and departed, headed back to the east. As I took off, I flew over Sea World, getting great views of the park down below. 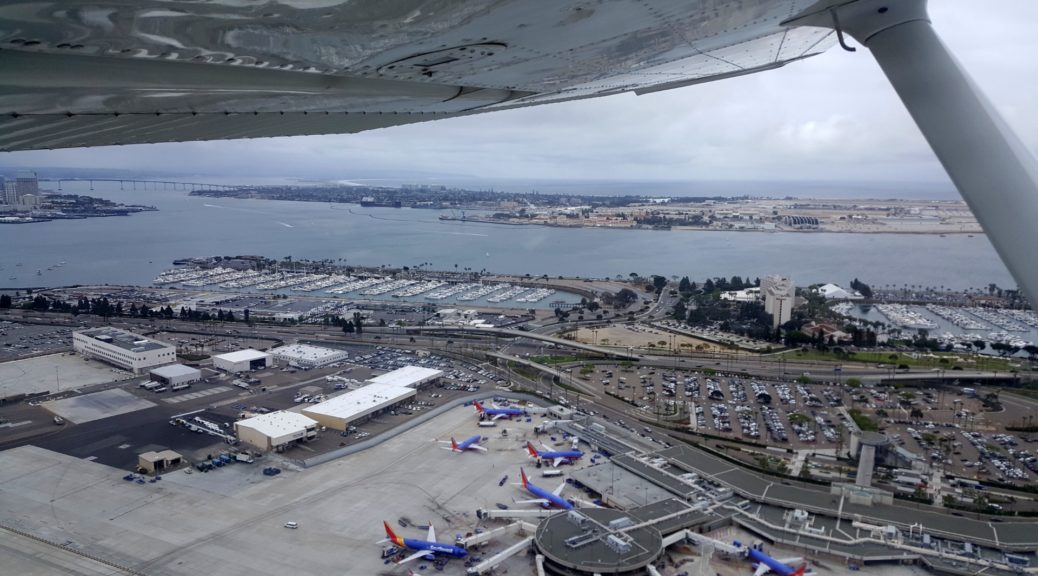 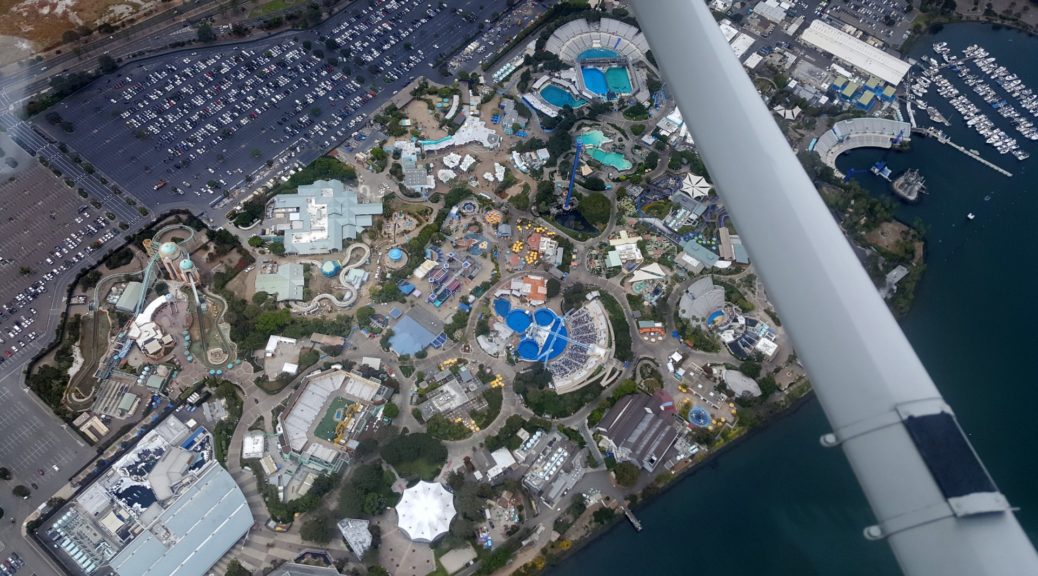 I had requested a “VFR-on-top” clearance, which is designed to take you up through an overcast layer into good conditions above it. This kind of clearance is ideal for the west coast, where a low marine layer with no cloud above it is a very common occurrence. As I passed the coastal mountain range, the cloud disappeared; it tends to get blocked by the hills; and I was cruising in perfect conditions. 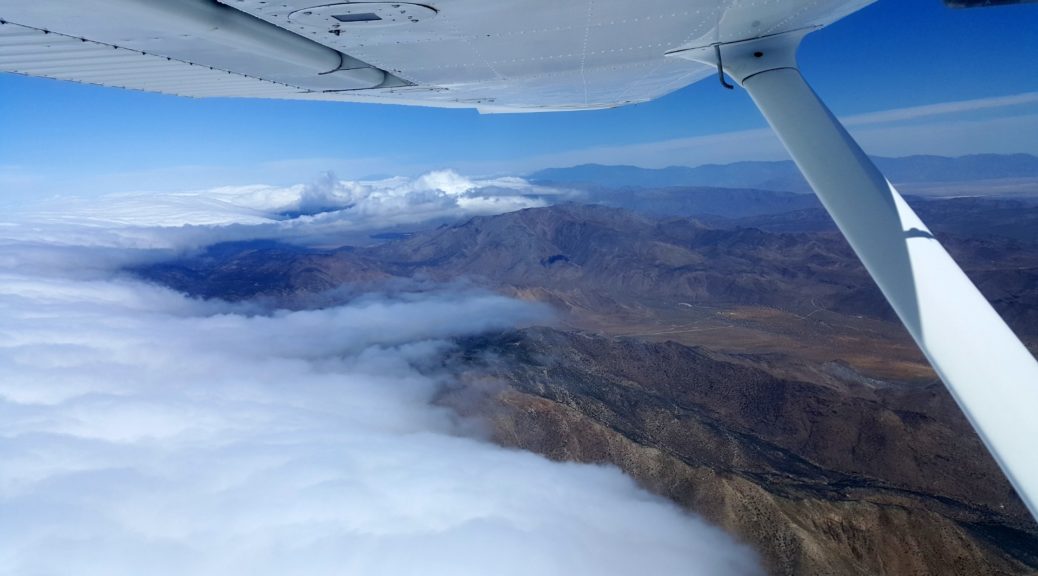 The clouds give way to clear skies 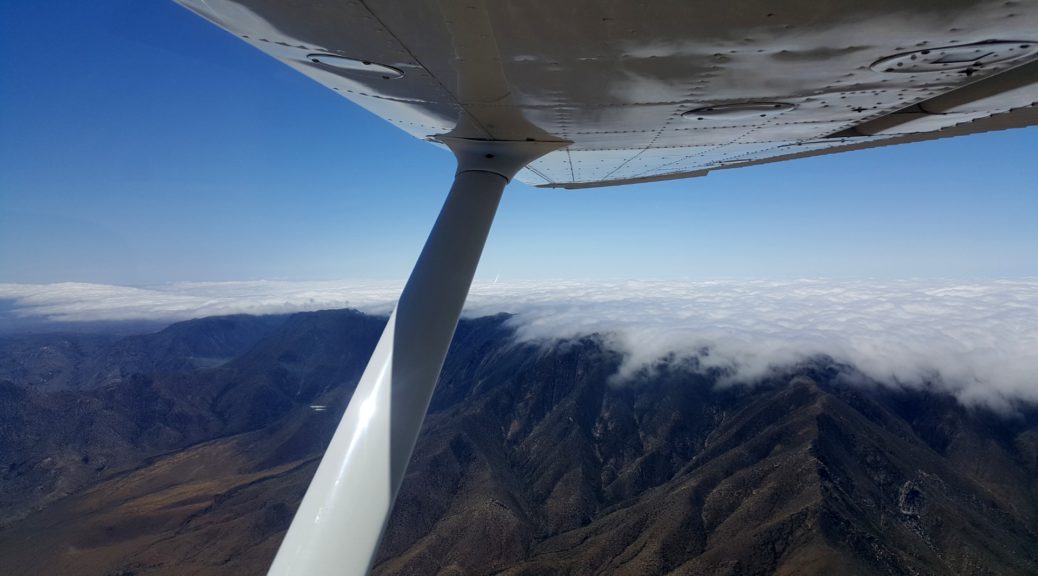 The marine layer pouring over the mountains

The wind was blowing hard today in the southwest, 40 knots or more. Luckily, it was coming from behind me, giving me a nice speed boost. In Arizona it had whipped up the dust into a sandstorm that fell away behind me as I passed. It did make things rather bumpy and challenging on landing! 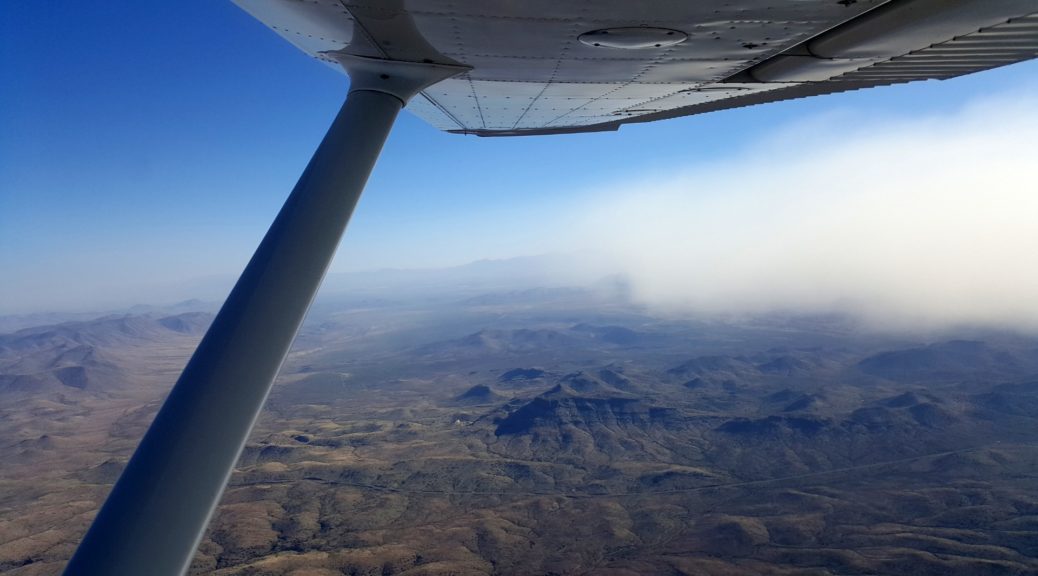 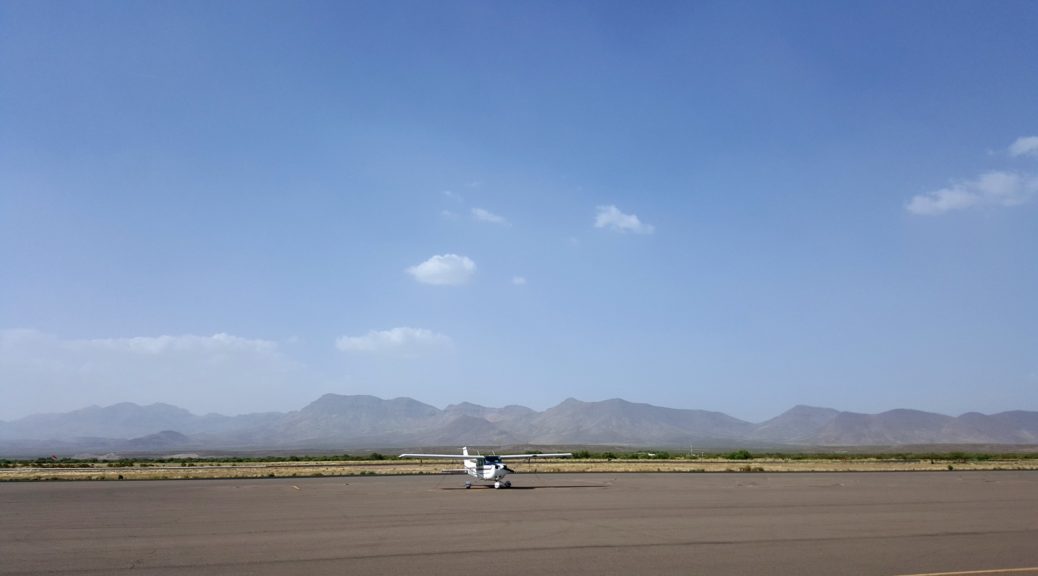 On the ramp at Safford Regional

I made two stops along the way for fuel. At the first, I took the time to buy some books. I had recently been given an e-book for my birthday, and was enjoying the novelty. I was able to connect it to the internet through my phone, and download a few new novels, all while sitting in the pilot seat on a deserted desert airport ramp. How cool! 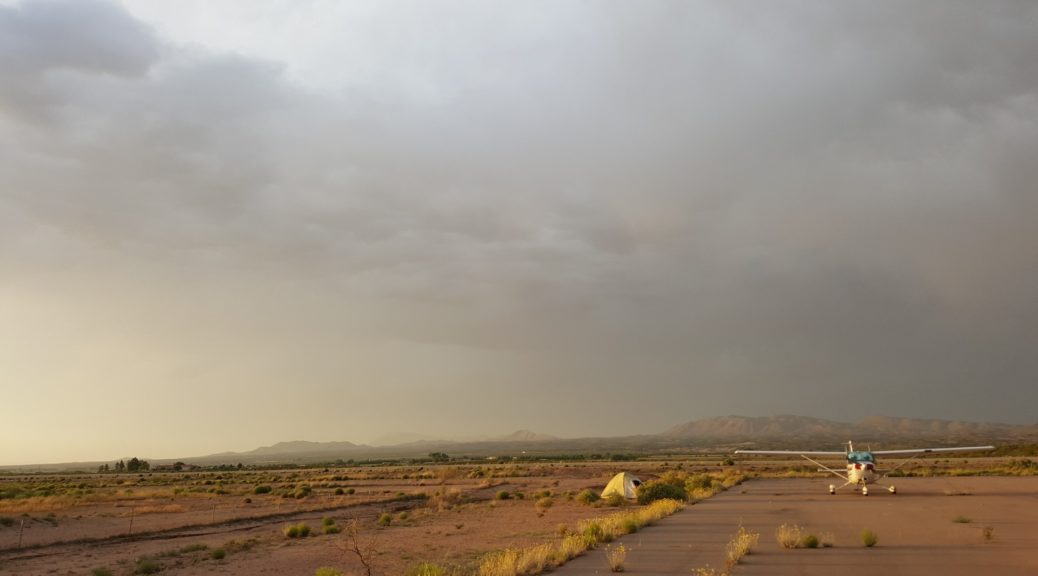 Camp set up in Hatch, NM 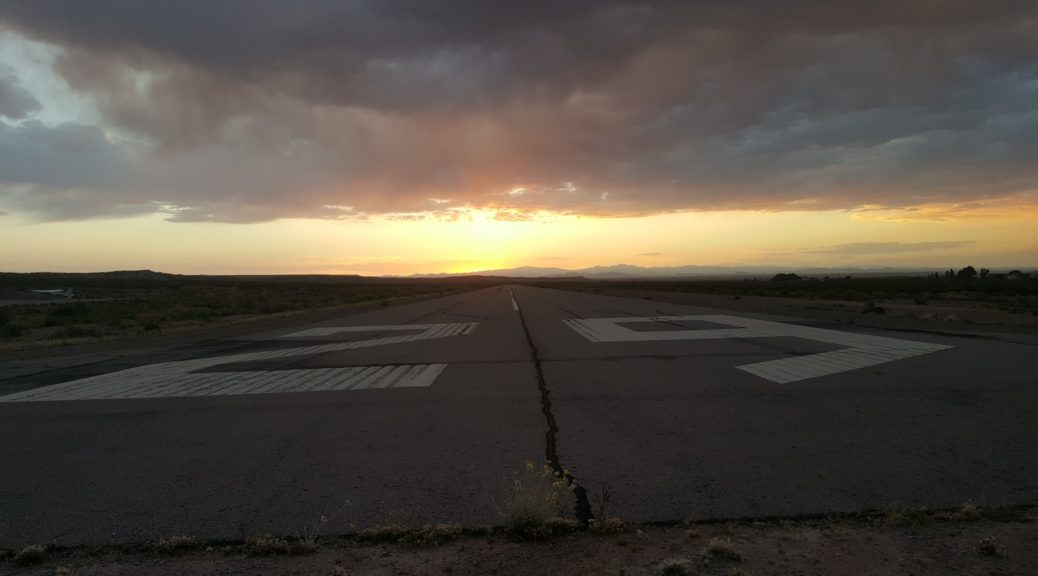 The runway in Hatch, NM 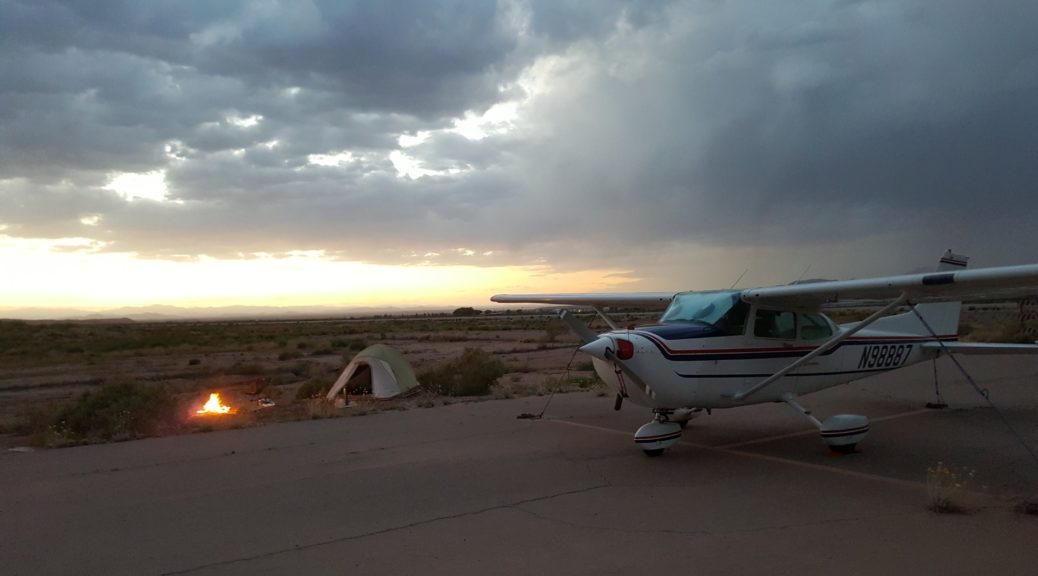 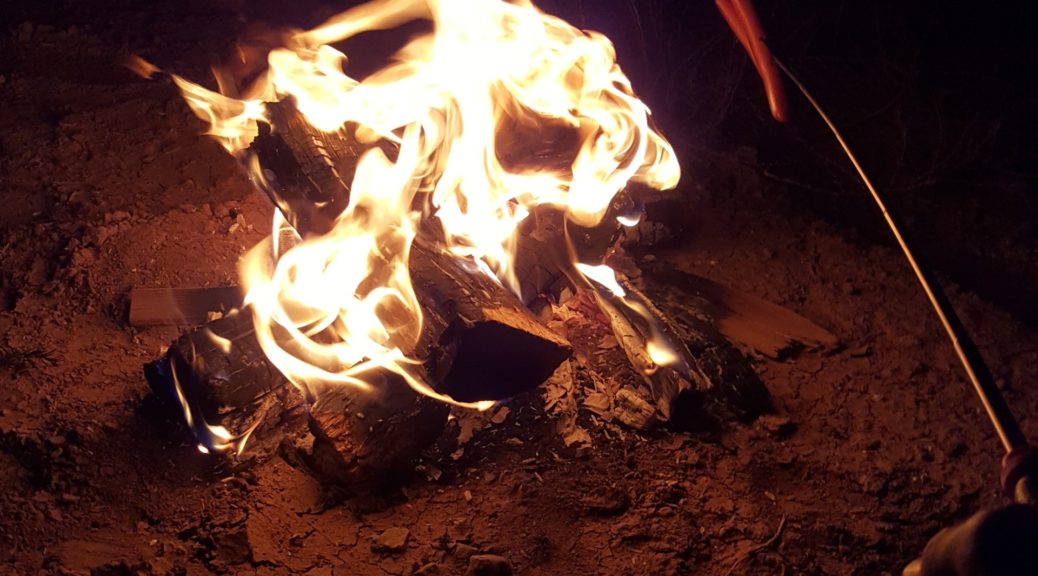 Time for a gourmet dinner

At my second stop I borrowed the crew car and went to a gas station to buy some provisions. I restocked with ice for the cooler, firewood for camping out that evening, and a few in-flight snacks before returning to the airport and departing for my overnight stop of Hatch, New Mexico. Hatch is a perfect overnight stop for the self-sufficient camping pilot; a little way from the town, good camping ground right next to the ramp, and entirely deserted! I set up my tent and got a fire going as light rain spat down. Dinner that night was a little less fancy than previous nights; hot dogs, cooked on a stick.

The final day dawned sunny. I packed up and departed for a long day of flying. An initial short hop took me to Dona Ana County airport. As I approached, I passed over an enormous train full of military tanks, which was something I don’t often see! The airport itself was great; but the parachuting operation (Skydive El Paso) thought they owned the entire airfield and were rudely shouting on the radio at anyone else who had the temerity to fly in. Not a very professional group! The unconnected FBO was excellent, however, and I was soon fueled up and on my way east. 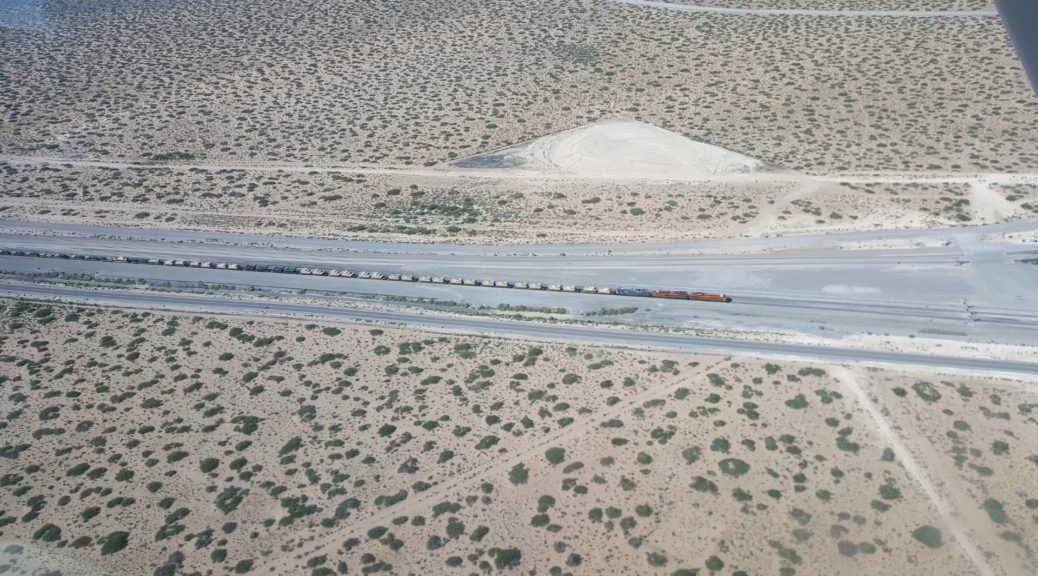 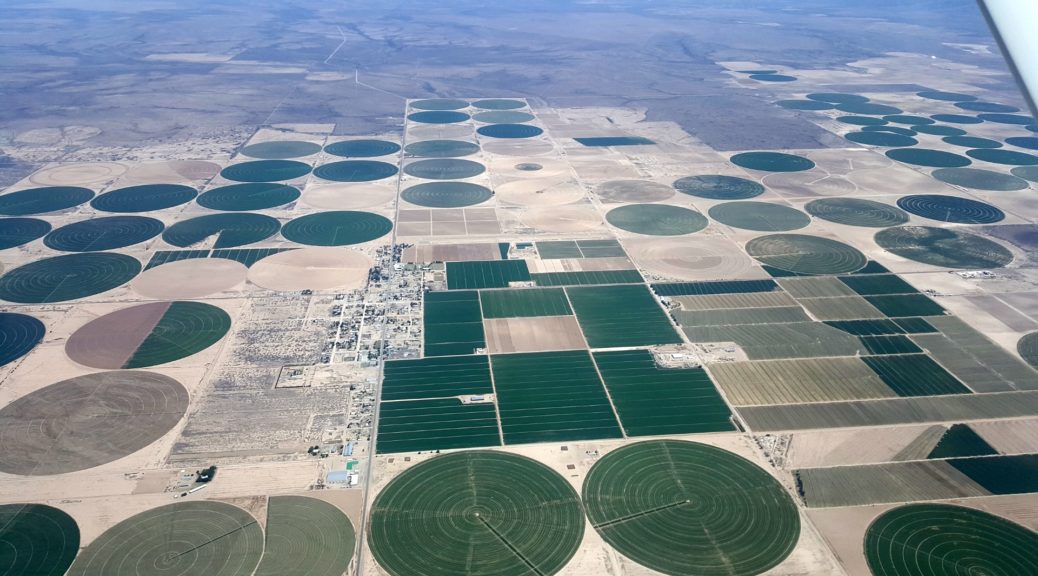 Agriculture in the desert

I stopped for lunch in Odessa, Texas, a major oil and gas location. Hundreds of oil wells were visible all around it. The rest of the journey has very little to say about it – another fuel stop, and a landing back at home base. Hours and hours of flying over Texas and it really all looks the same! 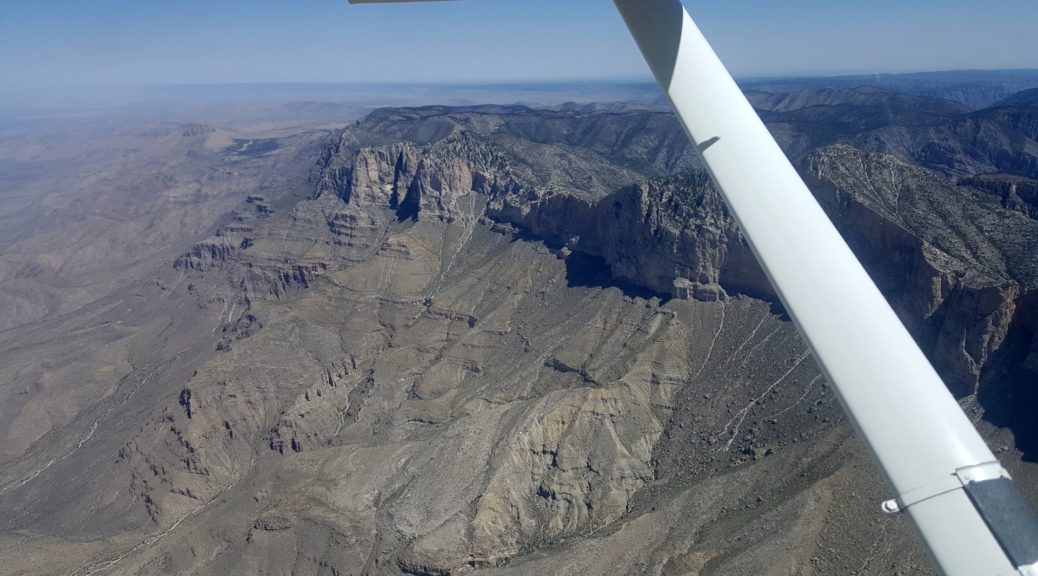 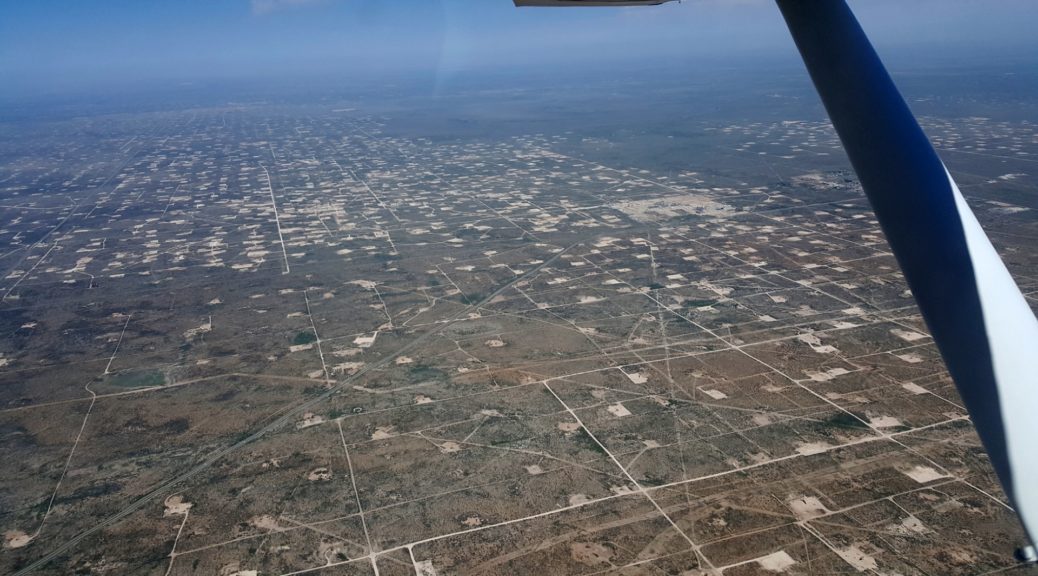