After 28 days in the Iraqi sun, it was time to get back to the Netherlands and Planey McPlaneface. An upgrade to an Emirates First Class Suite on the flight back from Dubai made an auspicious start, and I landed in the Netherlands well rested on the Friday morning. My first stop was to check on Planey, parked up in Rotterdam; the main reason for this visit was that I had failed to plan ahead, and had left my overnight bag in him. As I’d be staying a couple of nights with my friends Justin and Shalale, I’d be needing this! Copilot Elsa had flown in to join me for the first week, and we met up at Rotterdam station before heading back to J&S’s for a lazy afternoon, followed by dinner at a Michelin star restaurant just a short walk from their house. Apparently, they’d discovered it by chance just a few days before! 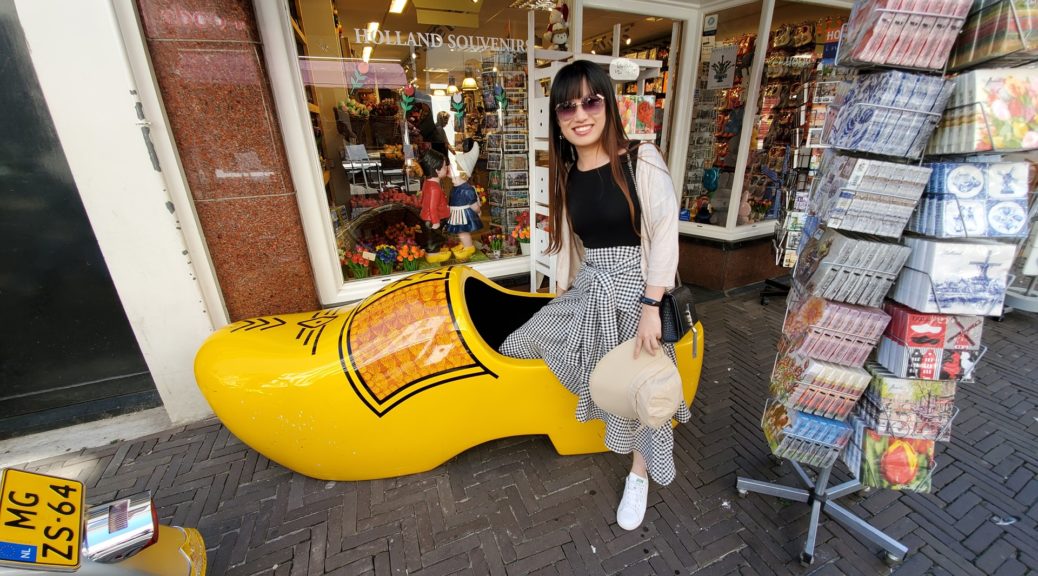 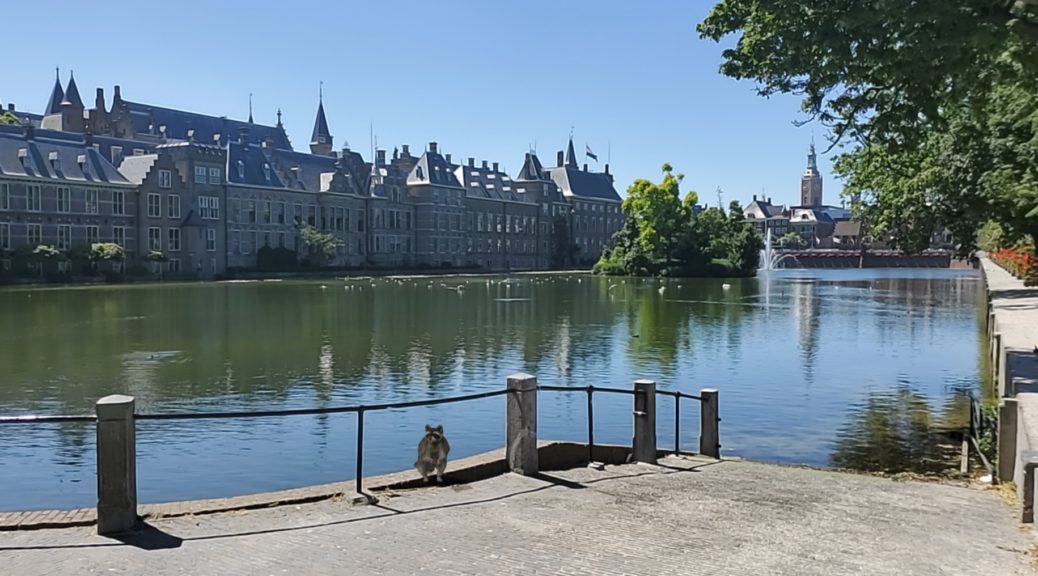 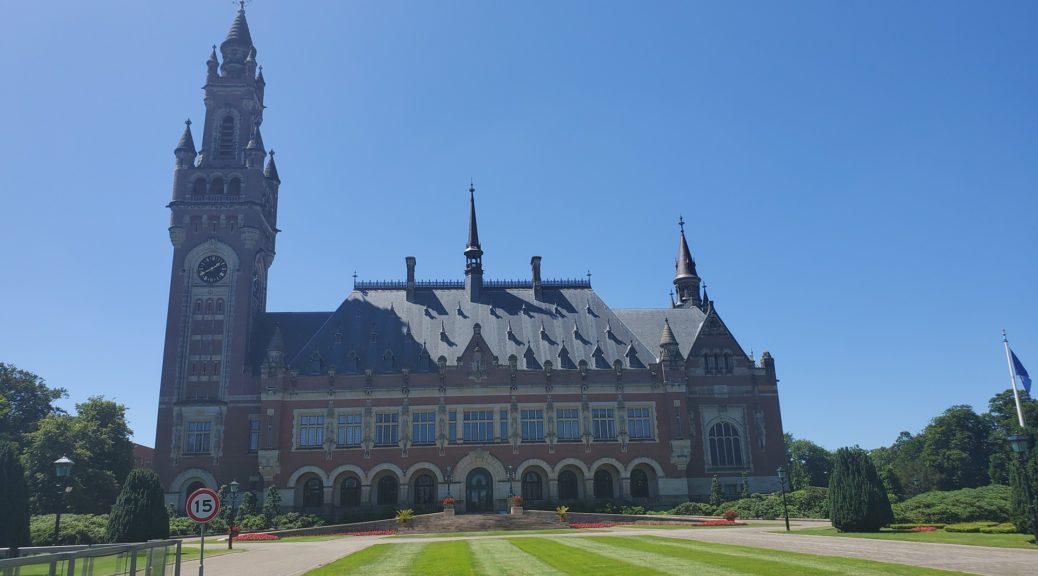 The Peace Palace in Den Haag 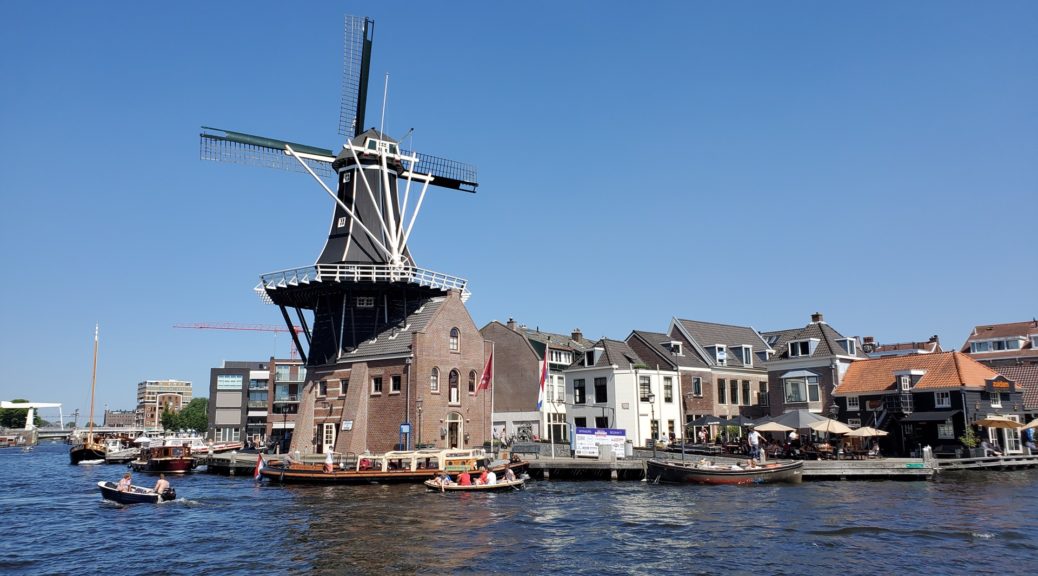 A windmill in Haarlem

On the Saturday we took something of a whirlwind tour of Holland. In the morning, a walk around Den Haag to see the parliament and other historic buildings. It was the Dutch Veterans Day, with a military parade through the city and fly-bys from air-force helicopters and fixed wing aircraft. We wandered through the city, ending up at the Peace Palace which houses the International Court of Justice, before taking the bus back to Central Station. Next stop was Haarlem; we were just a little too late to visit the windmill so instead we sat with drinks in a cafe and watched the boats on the canal run back and forth; it was one of the hottest weekends of the year.

The final stop of the day was Amsterdam, for a canal boat tour of the city followed by dinner. Returning home, Justin and I spent a futile hour attempting to channel the air conditioning from his car through 12m of flexible pipe and into the upstairs of the house. It could charitably be described as an abject failure.

Sunday morning, Justin drove us to Jet FBO at Rotterdam and we loaded up Planey. Jason had sent over the cockpit cover from the US, and I’d also stocked up with a couple of crates of oil and some other tools and supplies. We departed Rotterdam IFR, being vectored around ongoing parachuting near the city, and climbed up to 9,000ft. Temperatures on the ground had been mid-30s, so the cooler air at height was a welcome, albeit temporary, respite. Our route took us southeast through the Netherlands, across eastern Belgium and Luxembourg, and then along the France-Germany border to the airport of Mulhouse-Habsheim. 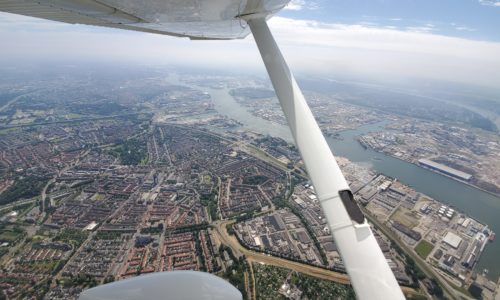 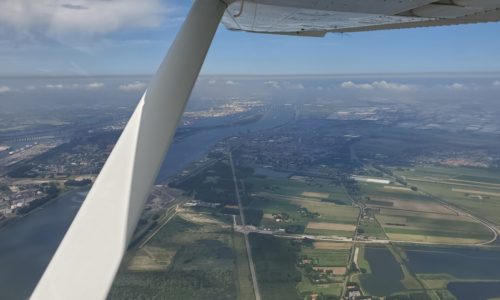 Looking out towards the Europoort 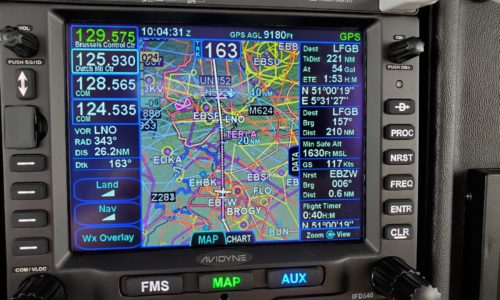 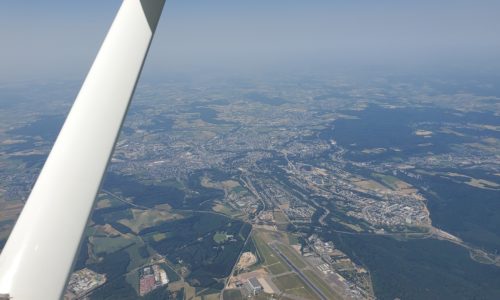 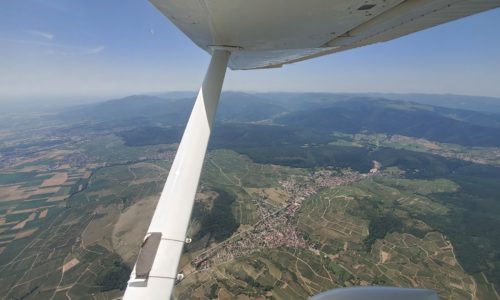 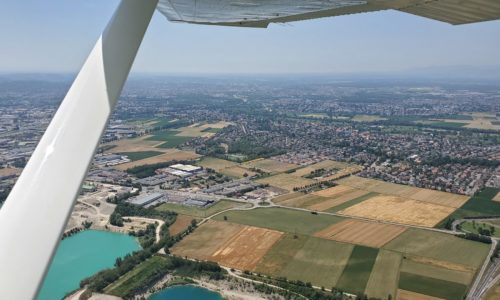 This airport is best well known for the unfortunate 1988 crash of the Airbus A320 during what was both the first passenger flight of the aircraft, and the first public demonstration of a fly-by-wire aircraft. Such was the importance of the aircraft to Airbus, and by extension the government, that credible rumours persist of a cover-up in the accident investigation to lay the blame on pilot error, rather than deficiencies in the aircraft. Here we met Ben, a pilot from the UK who’s now based here together with his very nice Mooney; he is an instructor and was kind enough to make himself available to do my 2-yearly check flight to keep my European Pilot Licence valid. Today was the day it expired, so I was just in time!

Elsa waited in the nearby McDonalds, given the fact that it had air conditioning, while Ben and I took a flight out to the mountains west of the airport. We ran through maneuvers such as slow flight, stalls, emergency descents, and even a practice ILS approach into Basel airport. The hour went by very quickly, and before long we were fueling up back at the aero-club, and heading to McDonalds for a debrief and to enjoy some of that air conditioning ourselves! 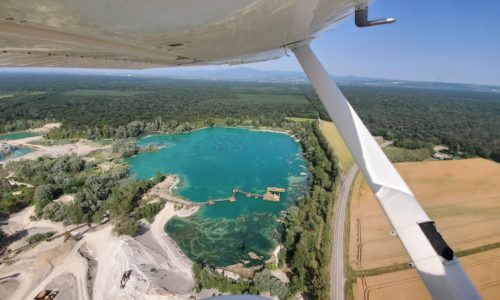 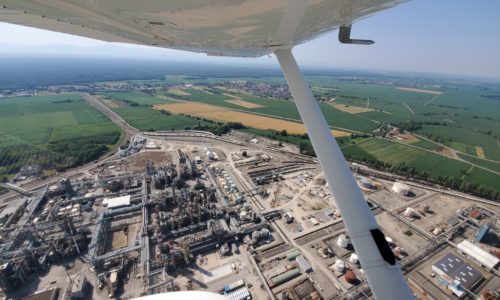 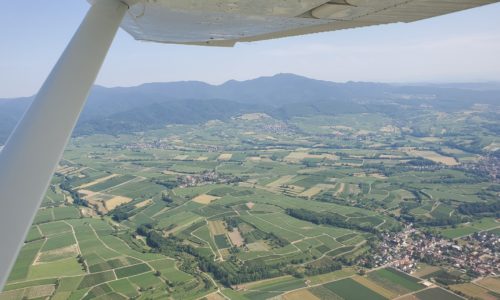 The mountains of the Black Forest 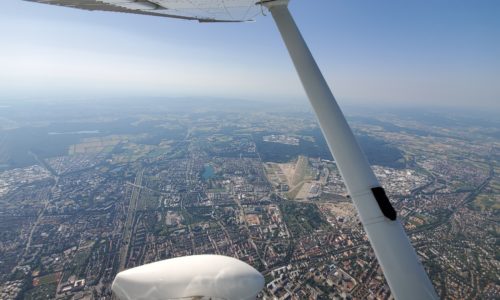 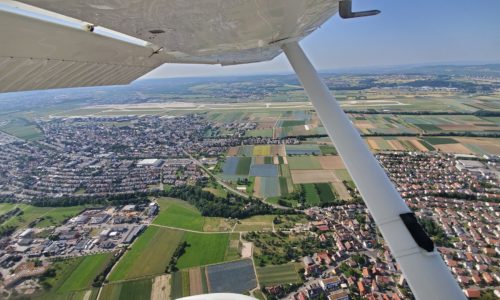 Dawdling on the downwind for runway 25, Stuttgart 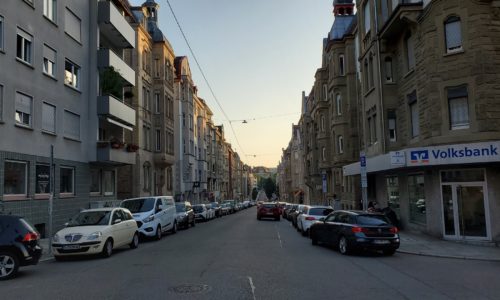 A hot evening in Stuttgart

We said goodbye to Ben, and took off from Mulhouse-Habsheim. Basel Info opened our flight plan for us, VFR this time but still required as we were crossing an international border, and we climbed out to the east over the picturesque mountains of the Black Forest. We cruised at 5,500 ft this time, high enough to be in more bearable temperatures, but there was no reason to spend time climbing much higher as the leg was less than 100 miles in length. As we crossed the mountains we passed para-gliders, circling in the thermals and updrafts, some as high up as our level.

Our destination was the main Stuttgart airport. They cleared us straight to a downwind leg for runway 25, but had us fly in circles for a while as jet traffic came and went. As soon as a gap appeared in the arrivals we were cleared to fly direct to the threshold, with a short approach; we headed directly for the runway at 90 degrees, timing our turn so that we touched down almost as soon as we finished rolling out, and were off the runway at the high speed taxiway just seconds later. The FBO, Kurz aviation, was right ahead of us and they helped us tie down before giving us a bus ride the short distance to the GA terminal.

The temperature in Stuttgart was stifling. That evening we simply relaxed and walked to a local Italian restaurant. The expected German efficiency was not in evidence, as it took more than 2 hours to a plate of melon and a pizza. Perhaps that was the restaurant’s Italian heritage shining through!