Our first appointment of our day in Snowdonia was at “King Arthur’s Labyrinth”. This underground attraction is based in an old mine, the Braichgoch slate mine, and features a boat ride in to the mine followed by a walk around some of the mine, visiting animatronic displays that tell various stories about King Arthur. It was remarkably tacky, and told us nothing at all about the old mine itself, which is what I had really been interested in, so we left rather disappointed! 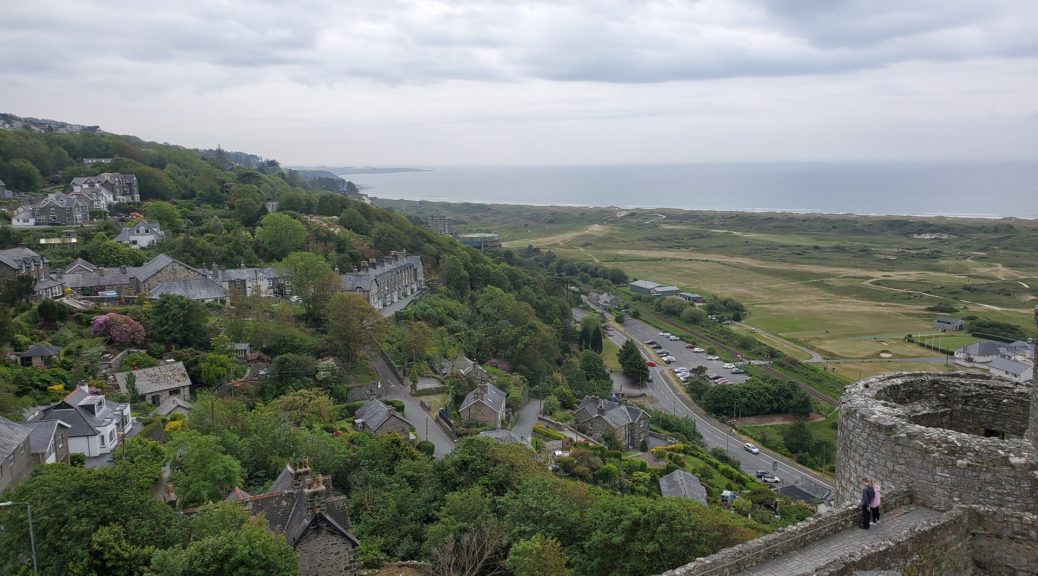 Looking out from Harlech Castle 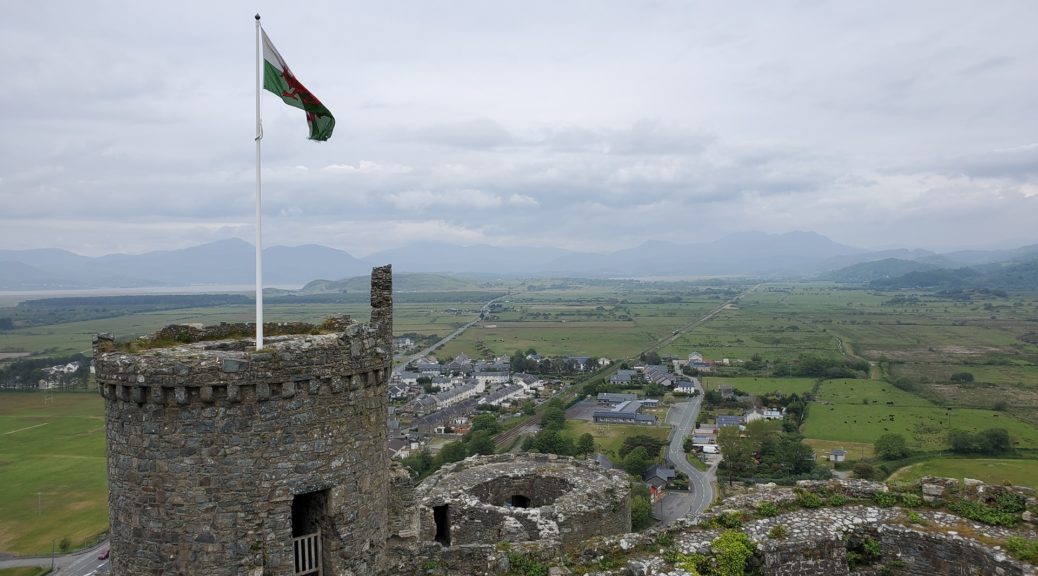 Looking out over Harlech Castle 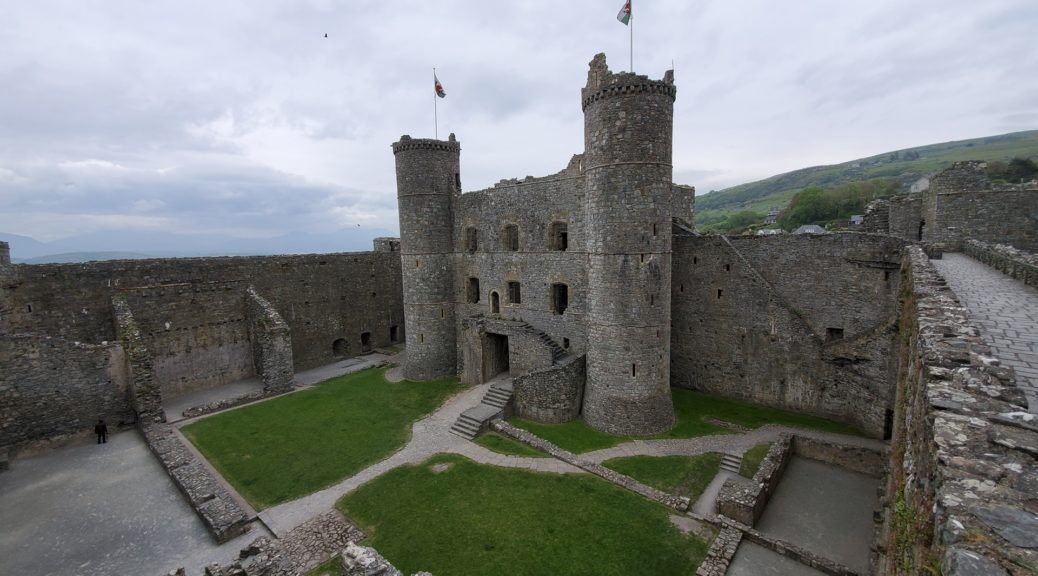 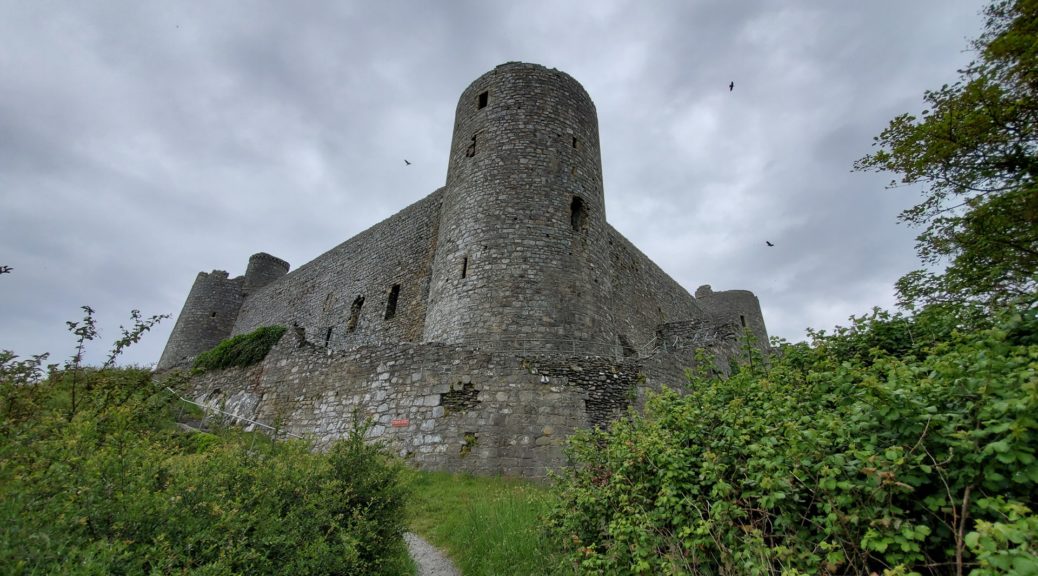 From here, we drove back north, along the coast this time towards Harlech Castle. On the way, we stopped in a town along the way to try a lunch of Welsh Rarebit (basically, melted cheese on bread!) Completed in the year 1289, Harlech castle was originally constructed by Edward I in order to help control Wales; it changed hands between the English and Welsh several times throughout its history, eventually being abandoned and partially dismantled in the mid 1600s. Happily, it survived the following centuries fairly well and is now open to the public to visit. We spent an enjoyable hour or so exploring from the top of the six-story tower, all the way down to the water gate, 127 steps below the castle! 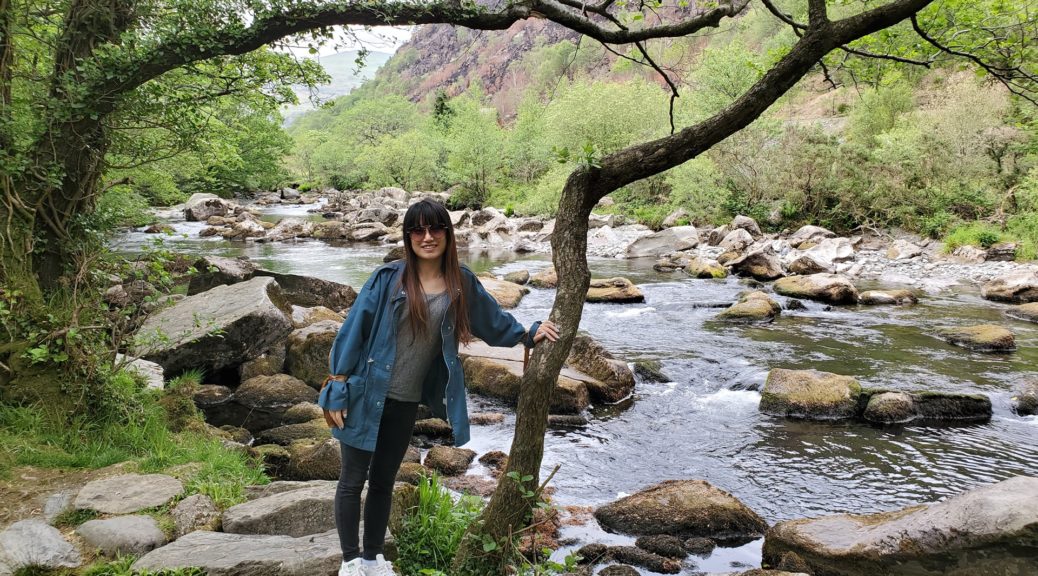 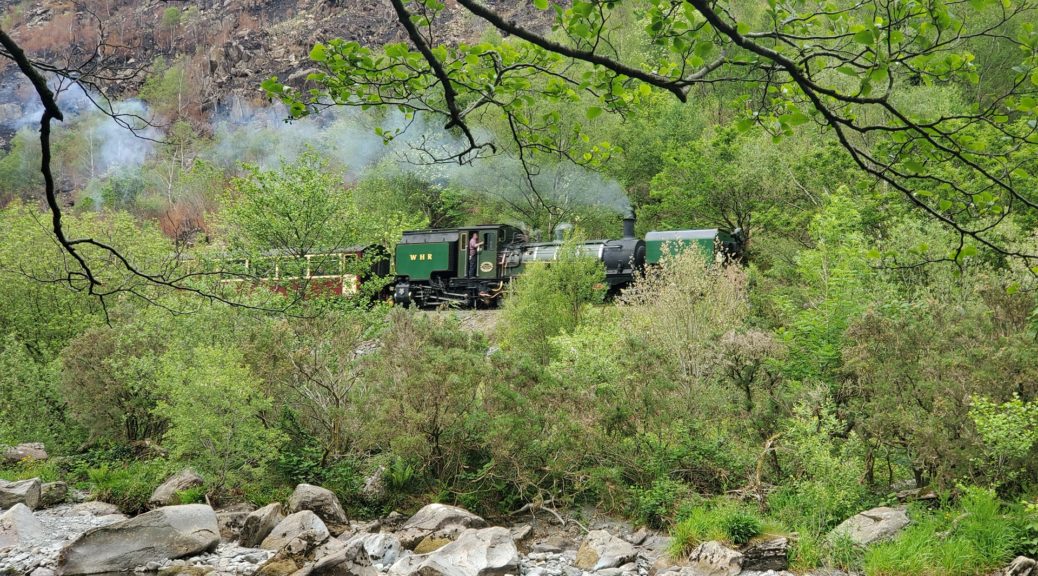 The Ffestiniog and Welsh Highland Railway 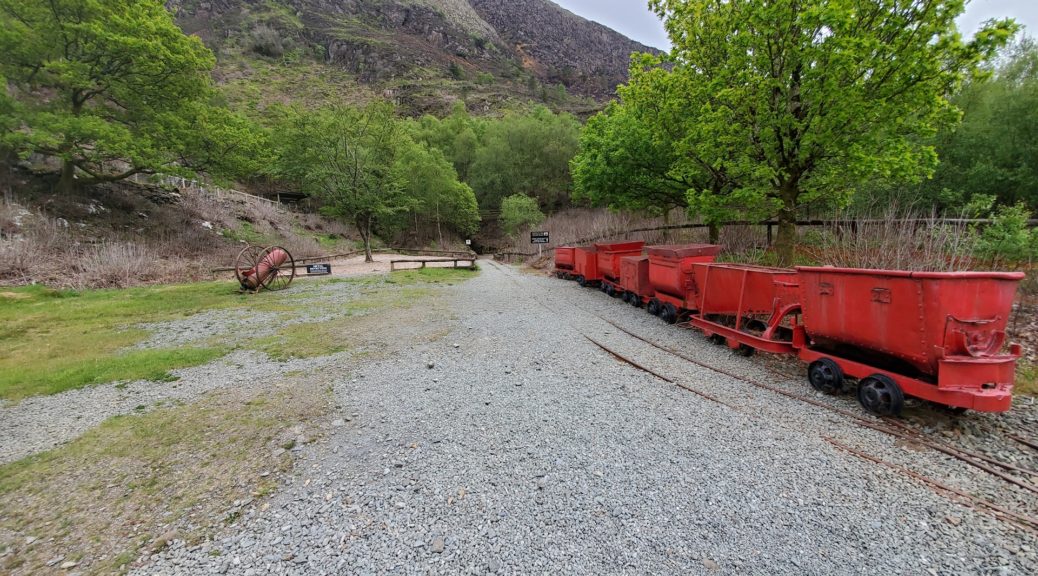 At the Sygun Copper Mine 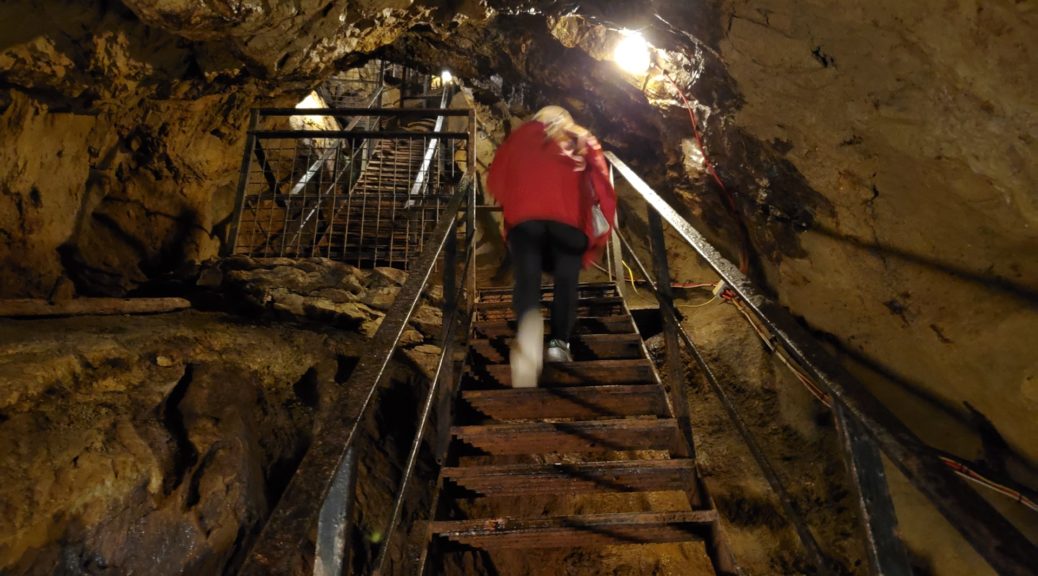 In the Sygun Copper Mine

It was only about 4pm, so we decided to take a drive through Snowdonia, based on a suggested route we found online. We headed north through Porthmadog, and soon came upon the Sygun copper mine, just outside of Beddgelert. This Victorian mine had closed down in 1903, and then been re-opened as a self-guided tourist attraction. Of huge vertical extent, the lower levels of the mine are all flooded, with a selection of the middle floors now being open for the public to walk and climb through. 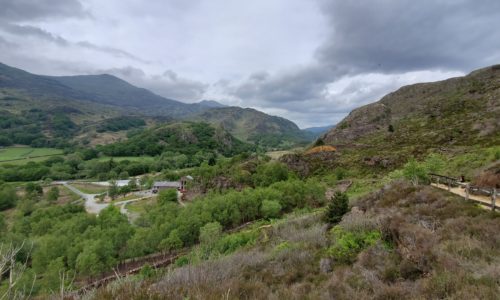 Views from the Sygun Copper Mine 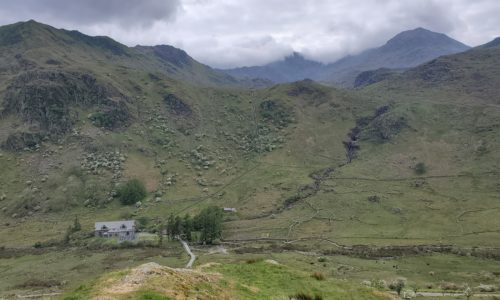 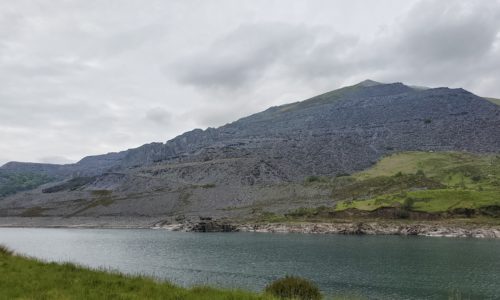 Slate mine tailings north of Snowdon

From here we continued through the hills to Llanberis, passing through Pen-Y-Pass. This is one of the most popular starting points for walking to the top of Snowdon, with three of the main routes up the mountain starting from here. Having flown around two of the UK’s highest peaks, it was nice to see the third, albeit from ground level! From here we continued southeast to Betws-y-coed, and then on to Blaenau Ffestiniog for dinner, and back to the B&B.

We woke early on the Saturday, with a busy day ahead of us. After checking out the wonderful garden model railway around the back of the B&B, we returned our Fiat 500 to Europcar at Caernarfon, took a taxi to the airport, and took off on the westerly runway, with a right turnout to follow the Welsh coastline towards our first stop of the day. This would be Leeds Bradford airport; close to the home of one of my closest friends from university, Ian, and his young family. 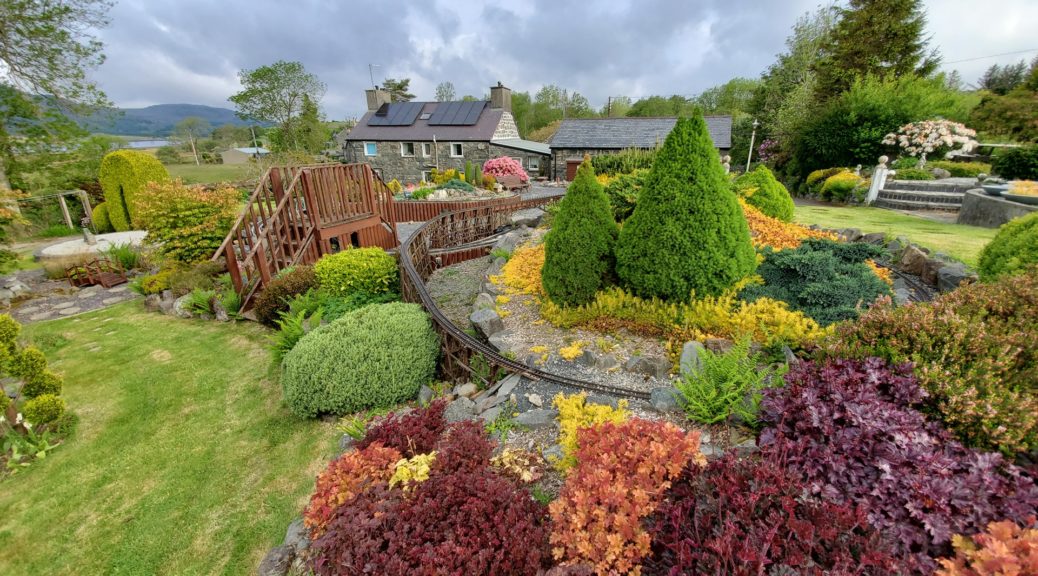 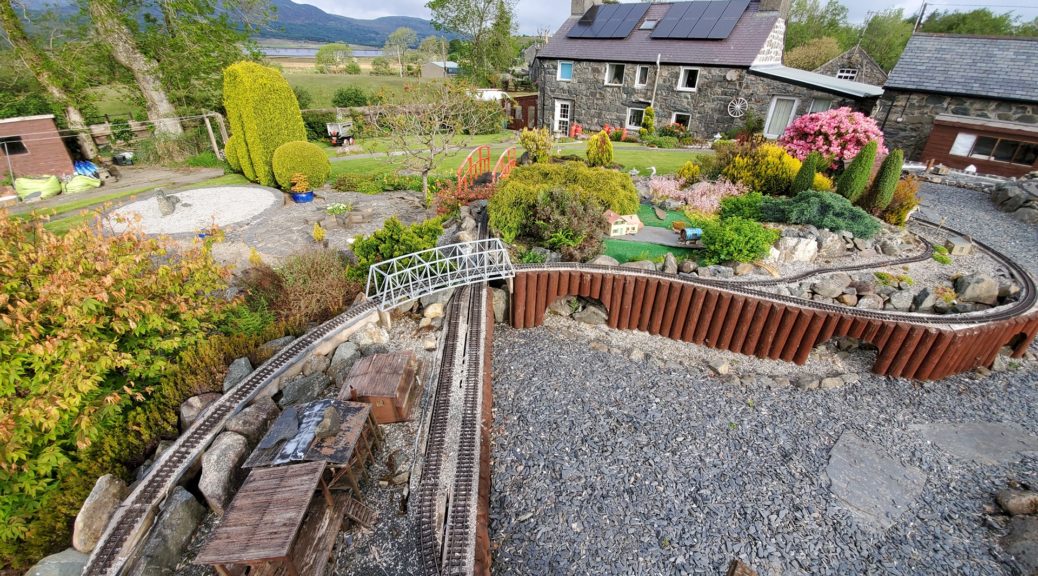 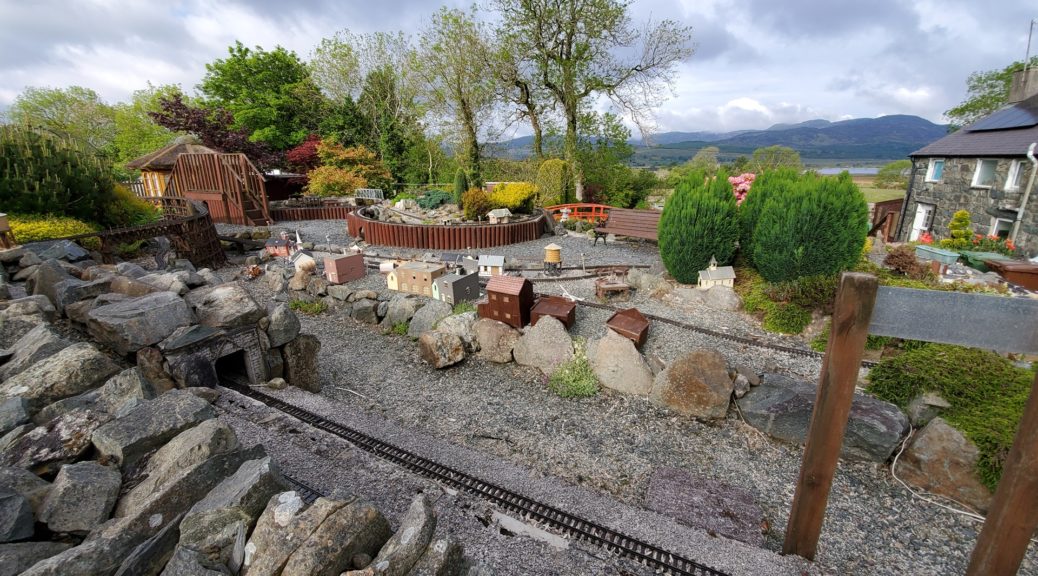 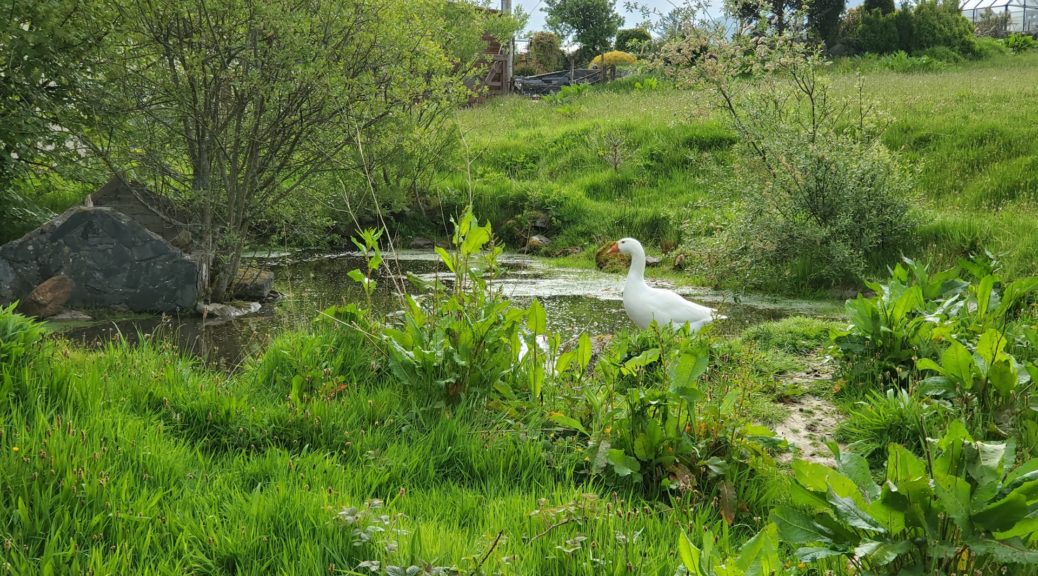 As we approached Leeds, I saw a number of familiar landmarks; my father and I had flown right past here a few days earlier! We flew a left base to runway 32, and pulled in to the Multiflight FBO just behind a slightly tatty old PA28 which seemed to be on a cross-country training flight. We were escorted land-side by a very friendly lady from Multiflight, who gave us a discount on the mandatory handling fee, as it was our first time in. Formalities completed, we wandered down to the cafe to meet up with Ian and Pippa, and spent a long time catching up. It had been a decade since we’d last seen each other! 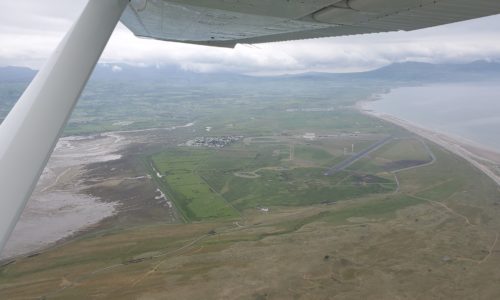 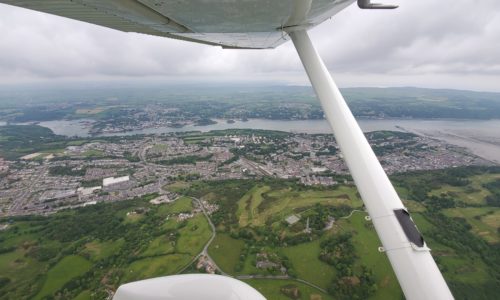 Bangor, with Anglesey behind 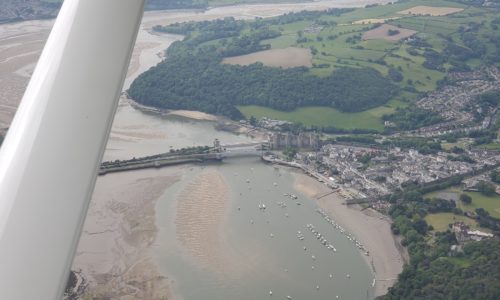 Bridge and Castle - a good name for a pub? 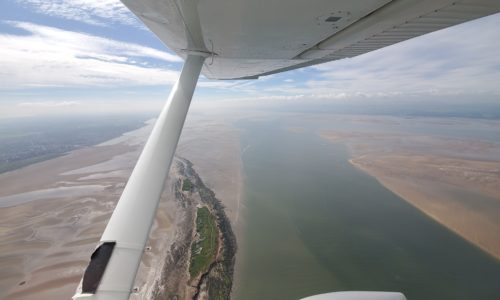 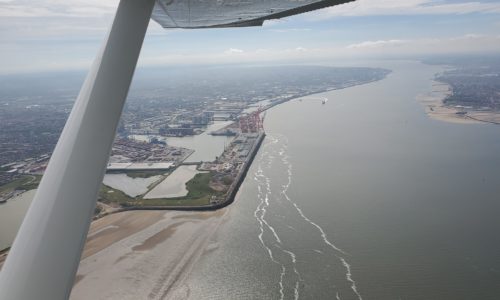 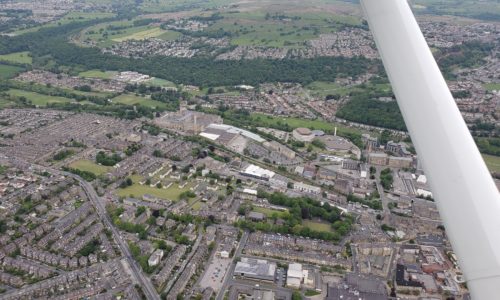 Closing in on Leeds Bradford

From Leeds Bradford, we flew south, almost shadowing the route my father and I had taken a week before. The weather was still beautiful and, being a Saturday, there were a fair few other small airplanes buzzing around, as well as a couple of very active gliding sites to watch out for. We were going to the west of London this time, instead of the east. Luton ATC were very helpful and gave us clearance through their zone, crossing the runway just after an EasyJet 737 had departed. They handed us off to Heathrow who were far less helpful; they pushed us down low and sent us almost all the way around to the west of their zone, although we did at least get close-up views of the Dorney Lake rowing facility and Ascot horse racing course. 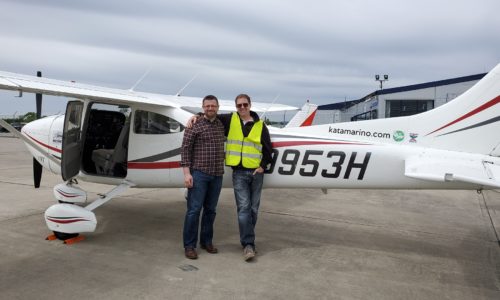 With Ian at Leeds Bradford 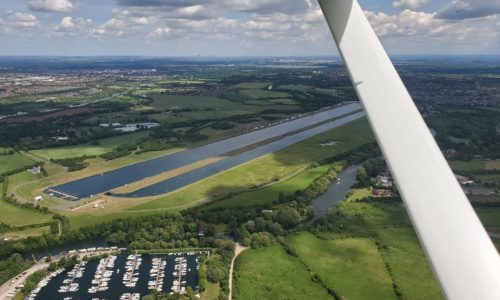 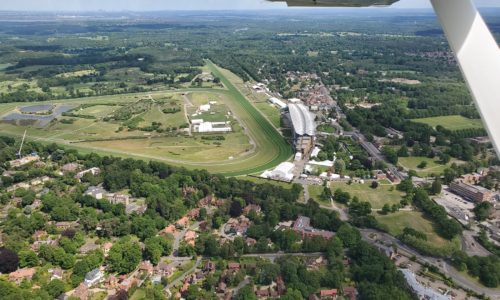 Our destination was Redhill Aerodrome, tucked into the northern edge of the Gatwick zone. We were planning to meet a whole group of pilots from the Flyer Forum, who were gathering here for the afternoon. We touched down on the westerly grass runway and taxied over to the restaurant, where most of the group had already gathered. One had even flown in his Mooney from Switzerland; although not exclusively to see us! Another had just arrived on a commercial flight from Gatwick and had come straight over. 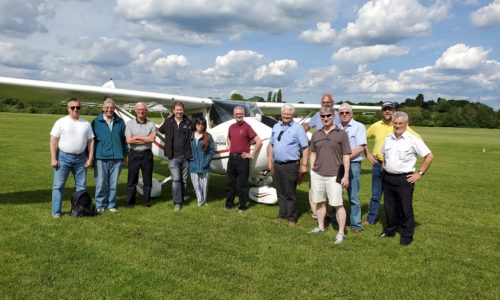 With the Flyer Forum members 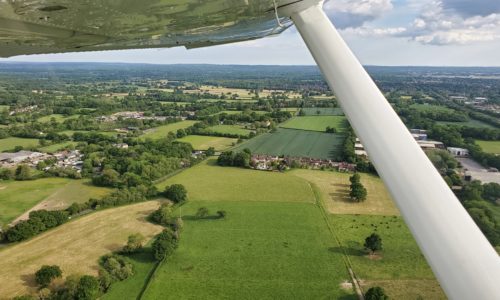 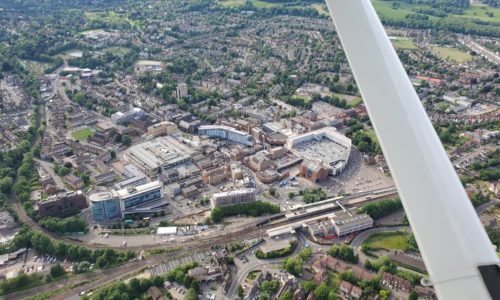 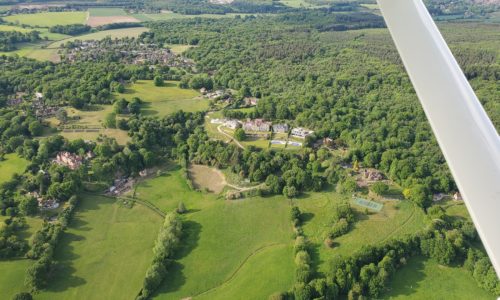 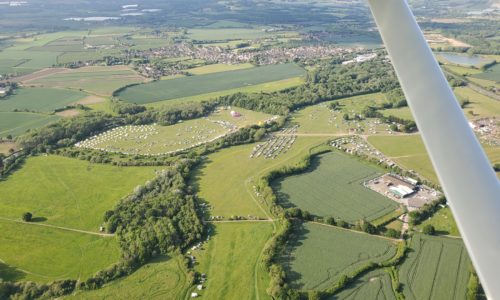 An event at the Hop Farm in kent 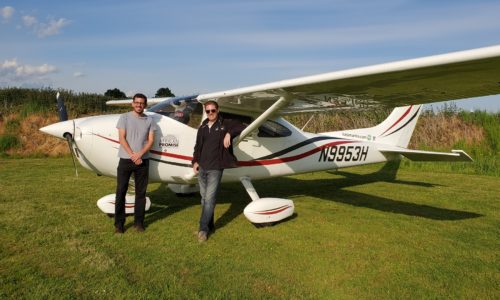 Meeting up with Charles at Laddingford

We spent the afternoon swapping stories, chatting about the upcoming Atlantic crossing of two of the other forum members, and having the chance to view some of the historic aircraft tucked in the hangar behind the restaurant. As evening drew in, we made the short flight over to Laddingford where we were met by my mother, and also Charles; the founder of African Promise. We’d really hoped to have the chance to meet up with him while in he UK, and he had made the trip down from London to make it happen! We worked out that it was about 17 years since we had last seen each other.