The previous evening, the very friendly B&B owner had given us a long rundown of all the things we should do and see while in Cornwall; far too much to do in the one day we had, but perfect for selecting some highlights from! We drove south to start with through Cornwall’s tiny narrow lanes, hitting the coast much sooner than I had expected. I was used to driving the vast distances of the US, and in Cornwall it seemed like everything was just around the corner from everything else. Perfect for seeing plenty of sights in a short time!

The coast road took us through Penzance (at my all-male primary school I had had the honour of playing one of the leading ladies in the school’s production of “The Pirates of Penzance”), and on through the tiny hamlet of Mousehole. The roads were some of the narrowest I’d ever seen, and I was grateful for the diminutive Fiat 500, but still praying not to meet anything coming the other way! Astonishingly, we did meet a couple of 50-seater coaches; I have no idea how on earth they managed to get through. 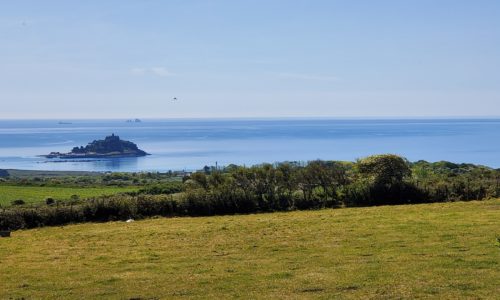 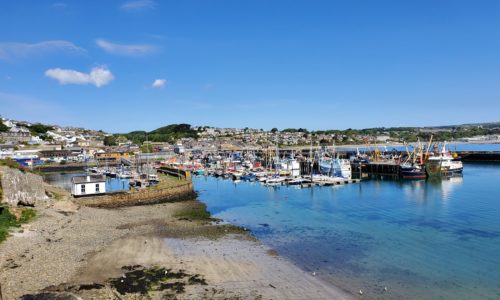 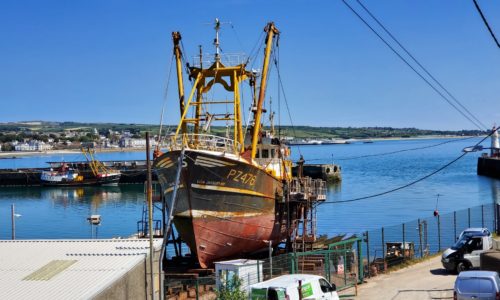 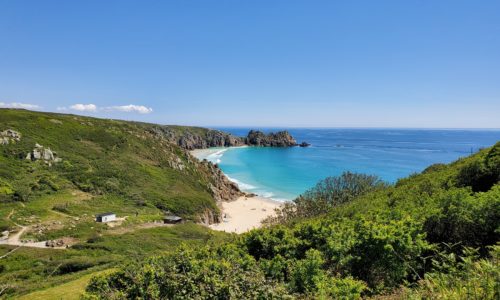 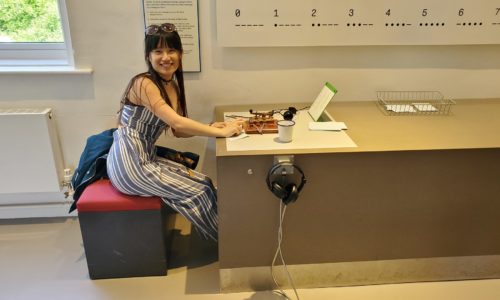 In the Telegraph Museum 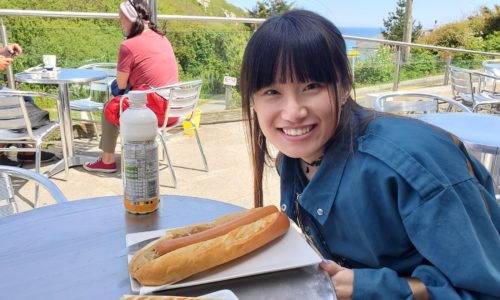 We stopped at various points along the drive to stretch our legs and admire the view, before coming upon our first planned stop, the village of Porthcurno. This location is famous for being the end point for the vast majority of telegraph cables that used to connect Great Britain to the world. The first of these was landed in 1870, and connected Britain to India, cutting the time needed for sending messages from weeks to minutes. There is an excellent Telegraph museum now at the site, which today still lands several fiber optic cables, although is not as critical a hub as it used to be when, for a while, it was the largest cable landing in the world. As well as the museum building itself, many of the exhibits are located in underground tunnels that were installed to protect the critical communications equipment during World War 2. 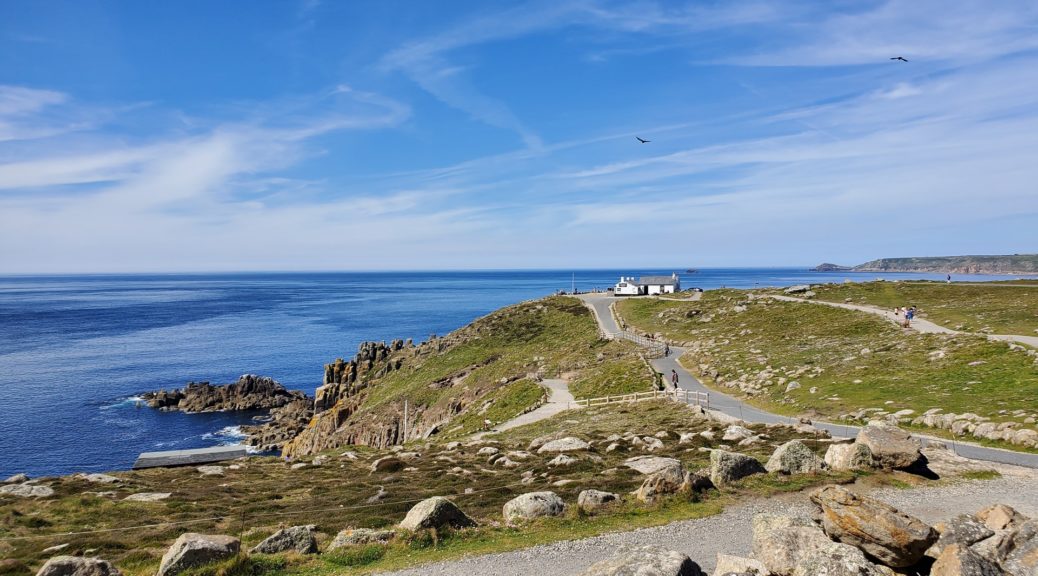 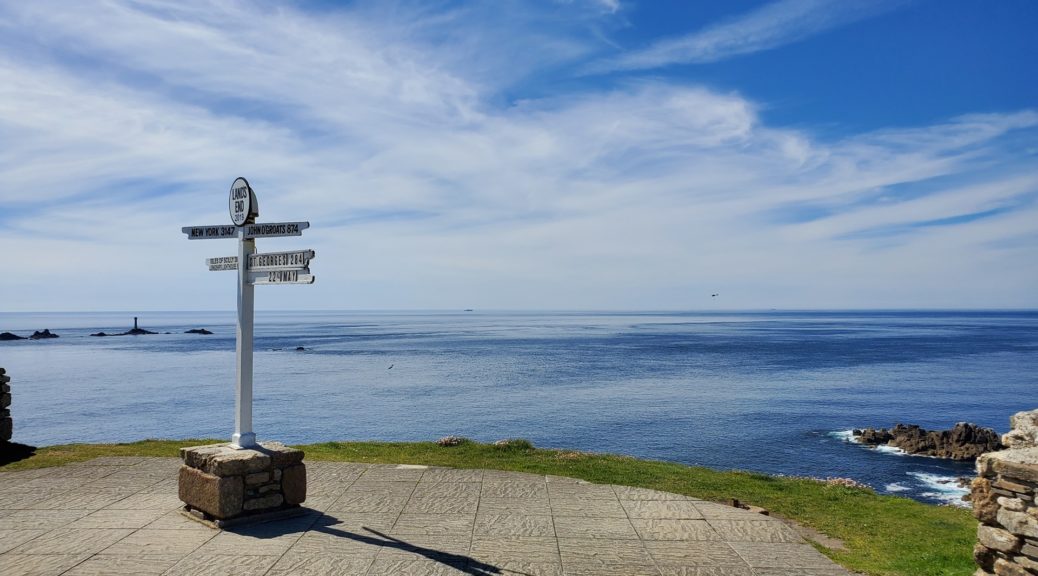 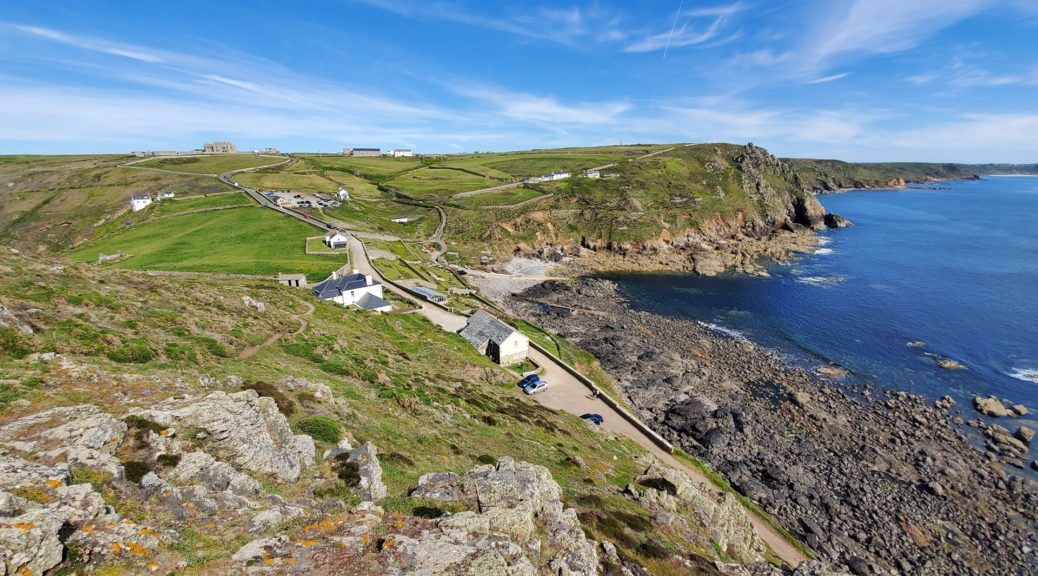 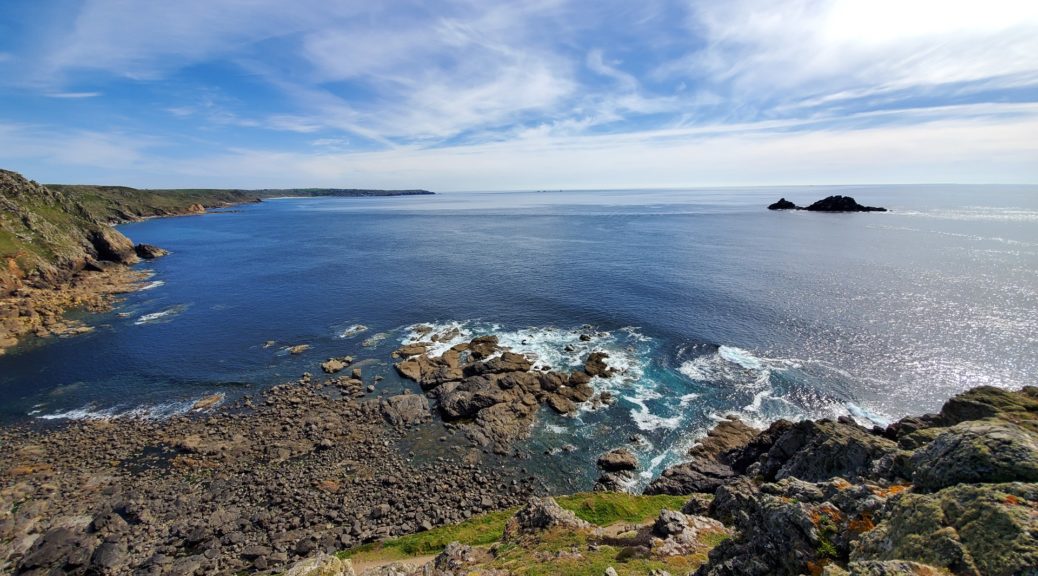 After spending a couple of hours touring the museum we had lunch in the local cafe, and set off again to drive to Land’s End. Our B&B host had warned us that Land’s End was Cornwall’s “Disney”, and so it was; the place was incredibly commercialized and tacky. We spent a short time admiring the view, and the famous Land’s End sign (also commercialised, with a fee to take your picture with it), before moving rapidly on. If you go to Cornwall, I really wouldn’t bother visiting – there is a much better point to go to, just a few miles north along the coast!

This much better point is Cape Cornwall. This location is managed by English Heritage. Until 200 years ago, Cape Cornwall was thought to be the most westerly point of the mainland, before the first Ordnance Survey revealed that it was in fact Land’s End. The point is topped by the Heinz Monument, the 1864 former chimney of the Cape Cornwall Mine which was retained for maritime navigation, and purchased by Heinz in 1987 to be donated to Britain as a historical monument. 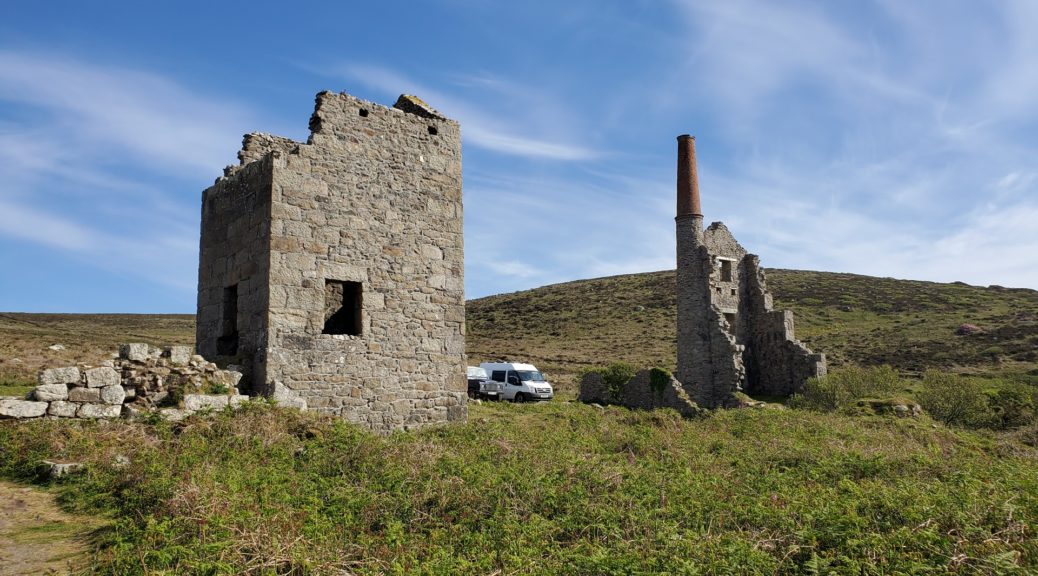 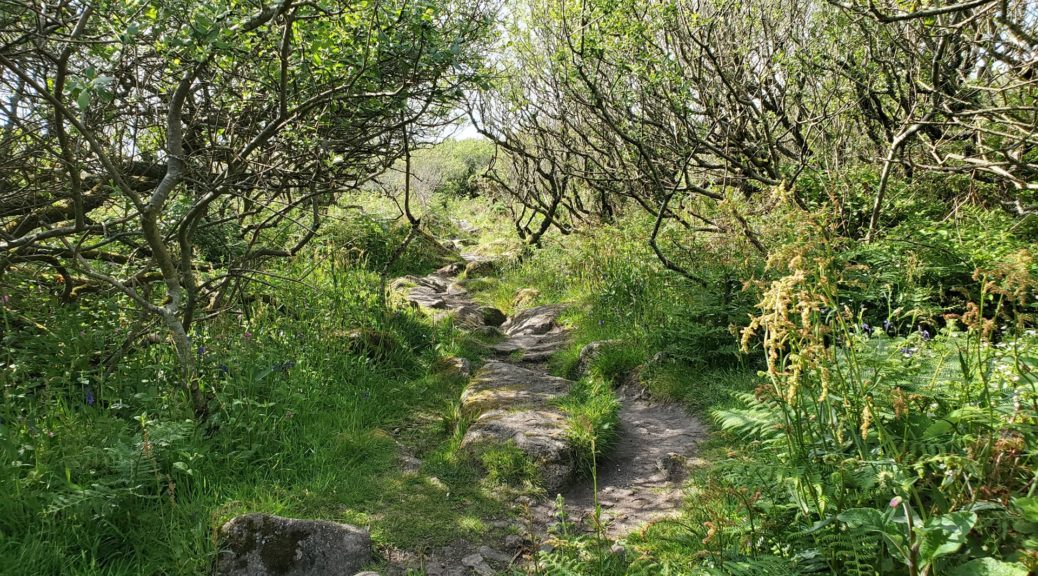 Exploring near the tin mill 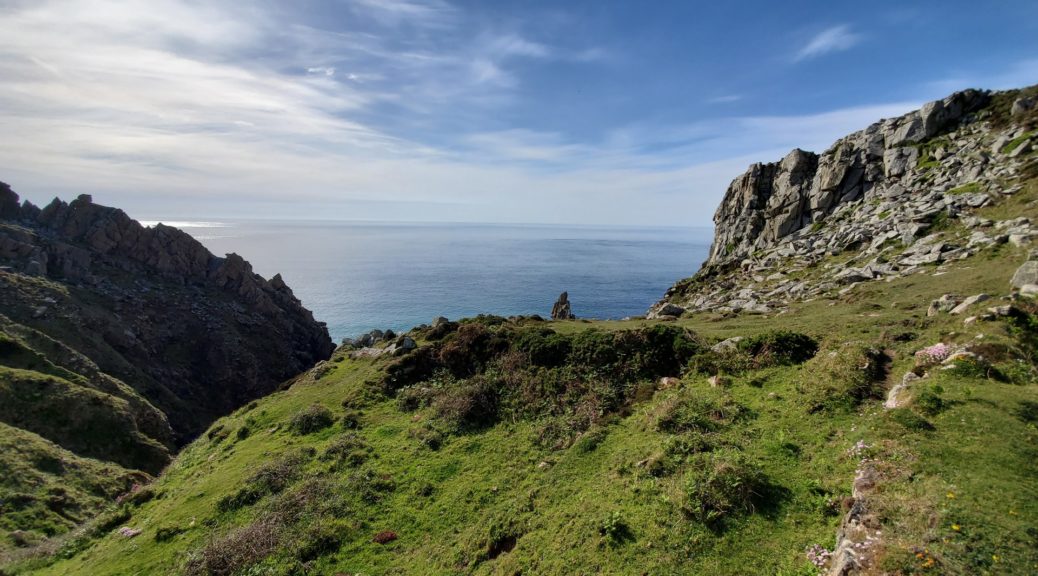 Overlooking the coast, down from the tin mill 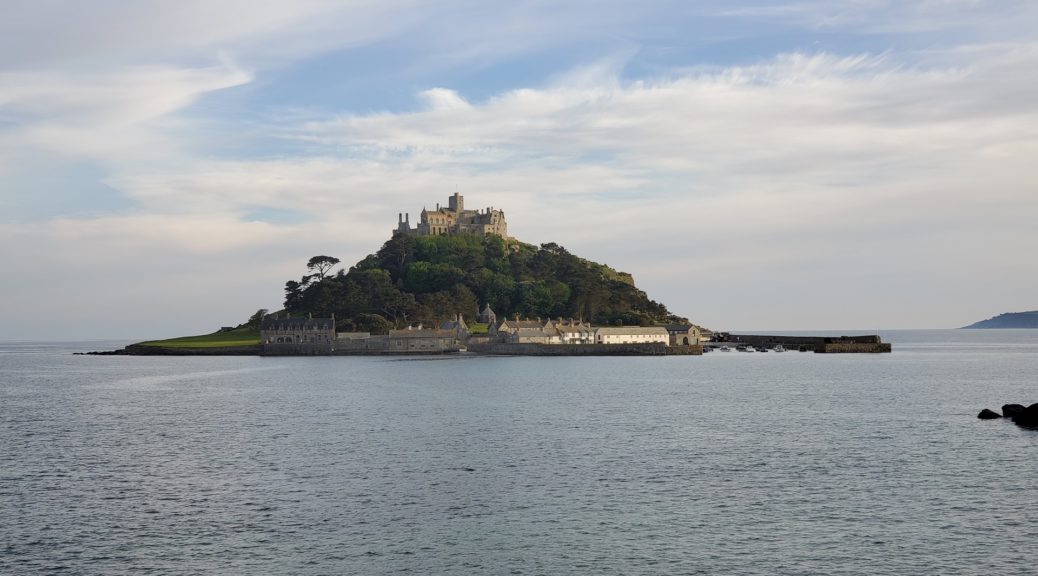 From Cape Cornwall we took a leisurely drive back towards the B&B, stopping for a while at an old tin mill, as well as to wait for a number of cows to clear out of the road. In the evening we headed down to Marazion, the town on the mainland side of the St Michael’s Mount, and had dinner at the Godolphin hotel overlooking the mount. A visit to that will have to wait for another time…!

The next morning we started at a leisurely hour, and took our little Fiat back along the A30 to Newquay airport. The first flight of the day took us east along the Cornish coast; rather than set out straight across the water, we had elected to stay over the land until reaching Barnstaple, then cross the Bristol Channel at a narrower point. This would have the added benefit of keeping us clear of the danger areas on the south Wales coast. As we neared the Welsh coast, ATC informed us that the main danger area was no longer active so we cut the corner and headed straight for the airport of Haverfordwest. 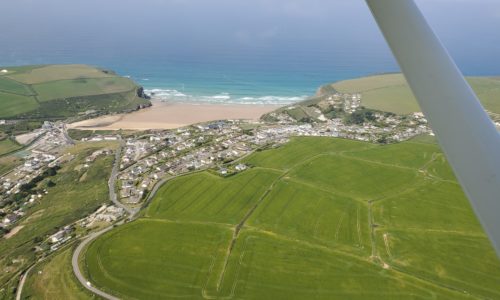 The north coast of Cornwall 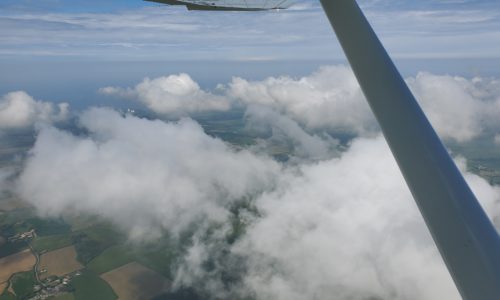 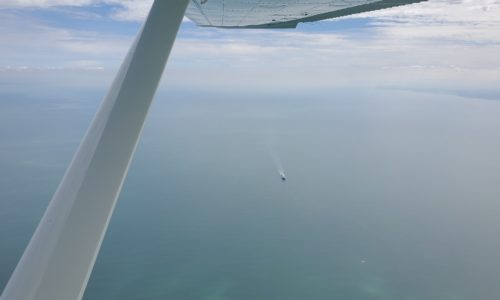 Haverfordwest was a quiet airfield, and we followed the only other traffic we saw during the visit in to land. We refueled on arrival at the self-serve fuel pump, something that is very common in the USA but much less so elsewhere. We took on far more than the required minimum to have the landing fees waived, and then ate in the on-field restaurant. A Flyer Forum member, Tomahawker, was on his way to meet us so we passed the time by walking around the airfield to the “Wickedly Welsh Chocolate Factory” which was every bit as good as we had hoped. Tomahawker drove us back around the airplane and we sat drinking and chatting for a while before it was time to be on our way. 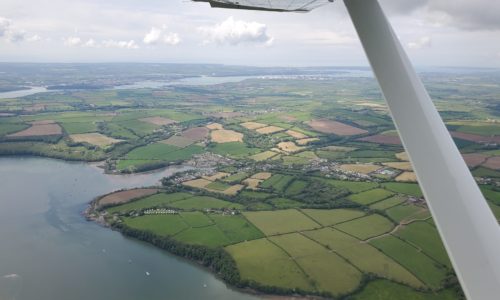 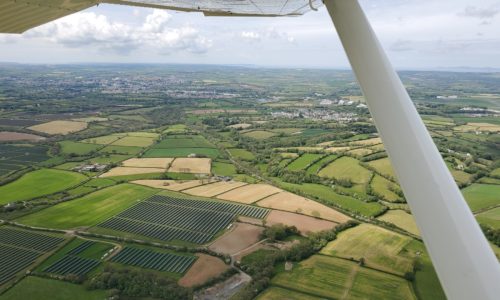 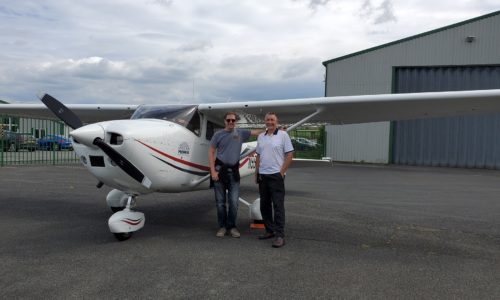 The flight to Caernarfon was simple; all we had to do was keep the coast on the left and we’d arrive. The weather was great up until we reached the Llyn peninsula, where we had to punch through a cloud bank before descending into Caernarfon, landing on runway 25 with short final taking us mere feet over the local caravan park. A quick taxi ride took us to the car rental agency and…another Fiat 500! Once again it turned out to be ideal for the tight and winding roads of Snowdonia, and we spent an hour driving through the national park to our next bed and breakfast. 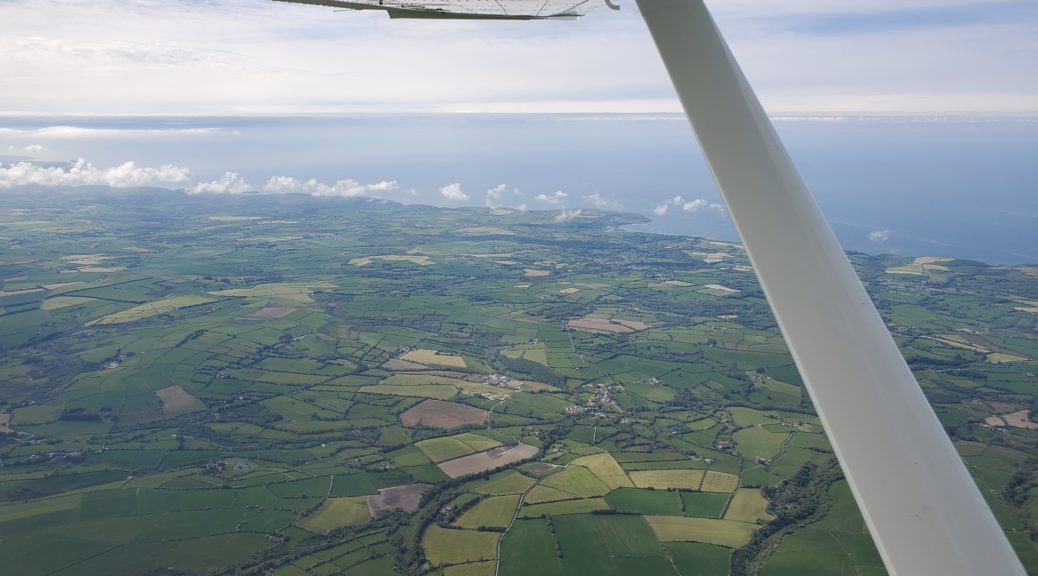 Heading north up the Welsh coast 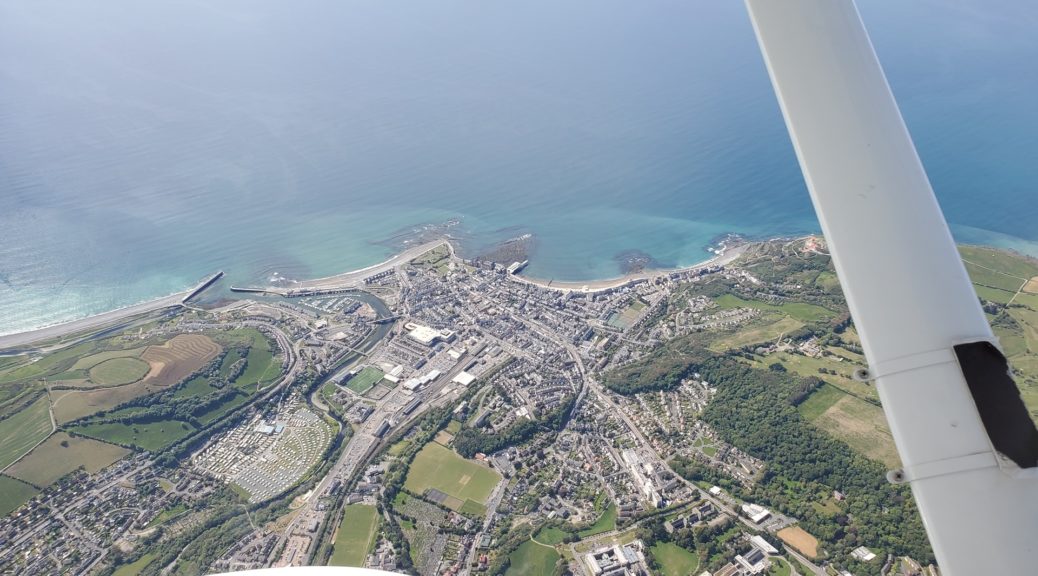 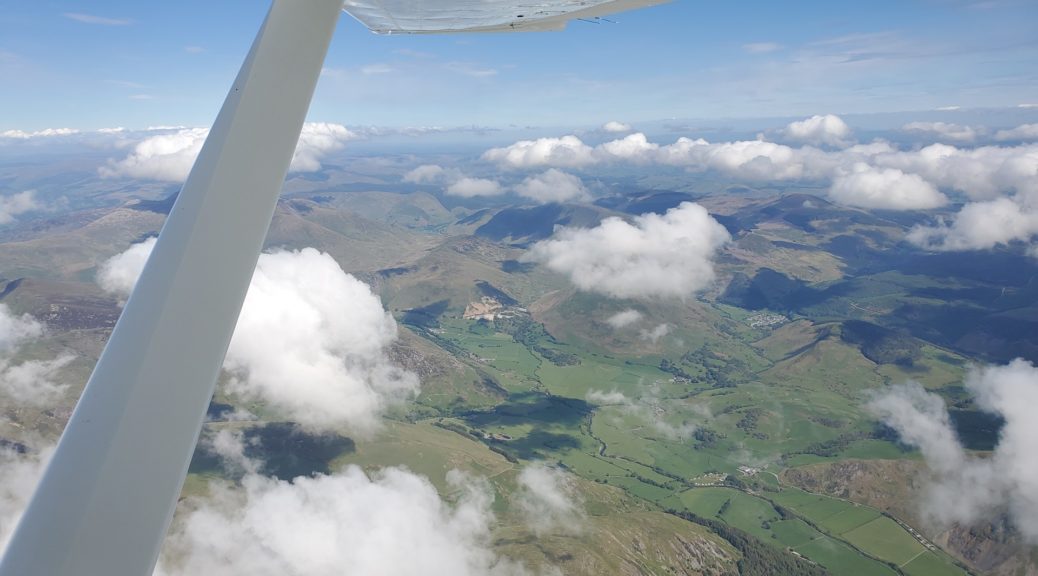 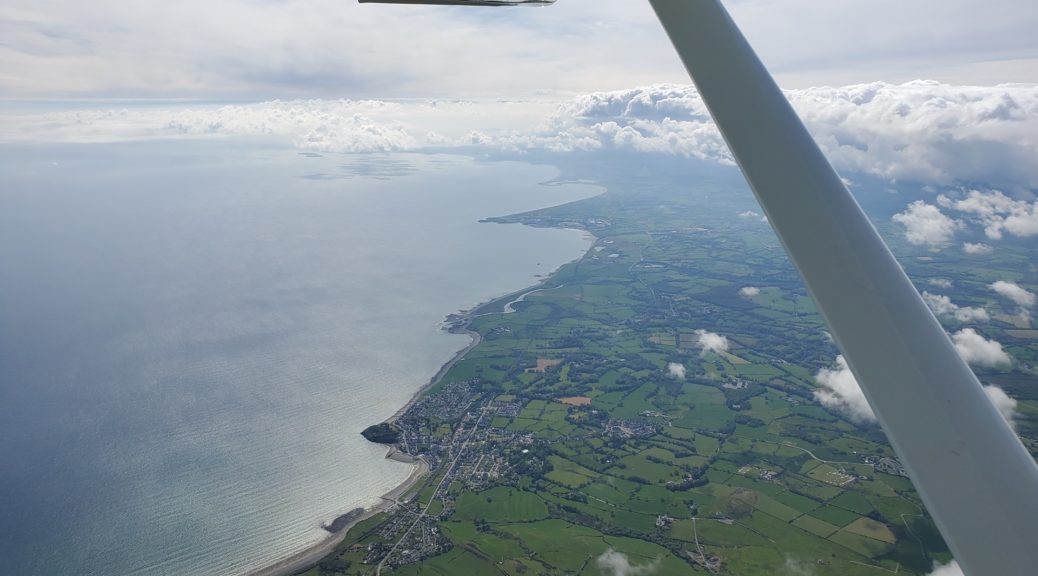