Aziz met us at the airport to transfer the last of the drum into the airplane. That left us with plenty of fuel to get to Cambridge Bay; but, there’d be a point of no return beyond which we would not be able to get back to Resolute. An hour or so before arrival, we’d be fully committed to Cambridge Bay. Discussions with the weather briefer led to a decision that this was an acceptable risk, and we departed, flying at maximum economy and burning barely 10 gallons an hour.

Several long and occasionally tense hours later, we were back in Cambridge Bay! Along the route I had made good use of the Garmin InReach to check TAFs and METARs, even when 200nm from the nearest settlement. Truly an excellent piece of kit for this type of adventure. Despite the fact that Cambridge Bay is incredibly remote, after the last couple of days we felt like we were back in well-travelled ground. 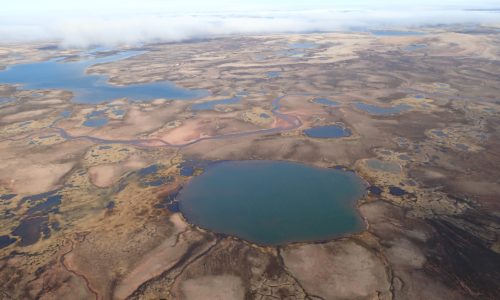 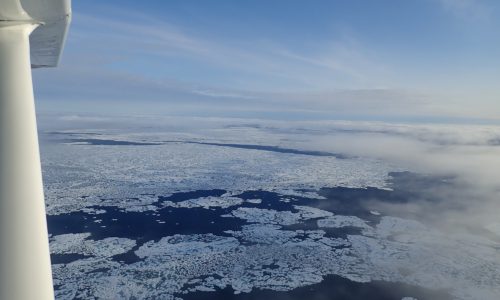 Sea ice on the way to Cambridge Bay 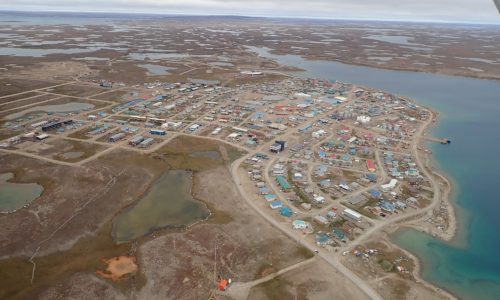 The weather at Cambridge Bay was noticeably colder than even just a couple of days ago. James and I carefully checked our phones to ensure we didn’t repeat the time zone error of our previous stop. Nonetheless, I ended up inadvertently getting up an hour early yet again due to my phone being on the wrong time zone! Still not sure how we screwed up this time.

There was freezing rain, snow showers, and a 25kt wind; it was not easy to work up the motivation to leave the sleeping bag. Another visit to Kitnuna led to another barrel being delivered to the airplane, as well as donation by Dave of a length of better hose to replace our terribly non-flexible plastic stuff. Much easier! The Kitnuna vehicle workshop also had an interesting art project on the go as a side project… 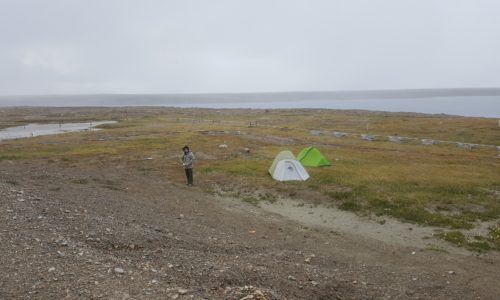 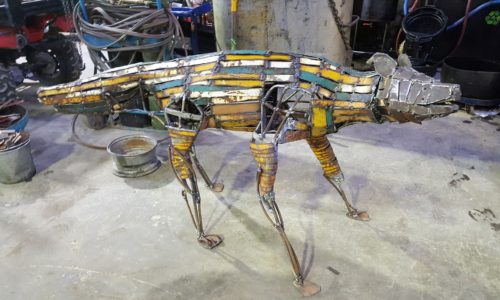 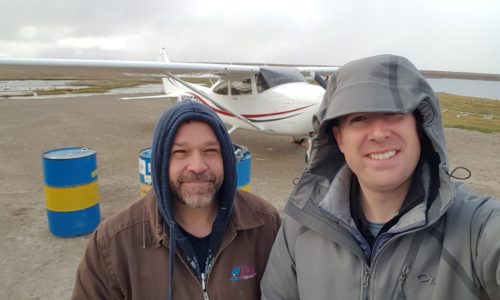 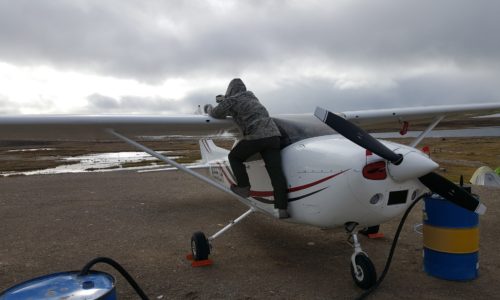 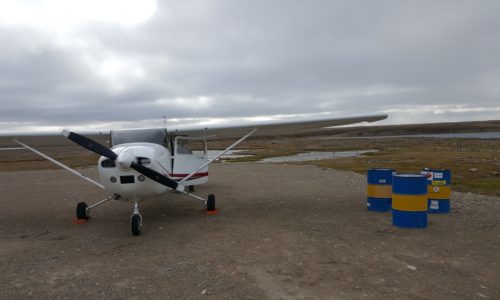 Another detailed conversation with the briefer led to a decision to depart for Rankin Inlet once the weather improved in line with the forecasts. We had seen so far on this trip that the weather always seemed to be significantly more fly-able than suggested by the forecasts and briefings; but were working hard not to let ourselves be lulled into a false sense of security! With another 55 gallons on board, a tailwind, and a couple of diversion options (albeit not until 300nm or so in), things were much more comfortable than the last couple of days.

Conditions on the way to Rankin Inlet were as forecast or better, with nothing but a trace of ice picked up in a couple of clouds on descent. 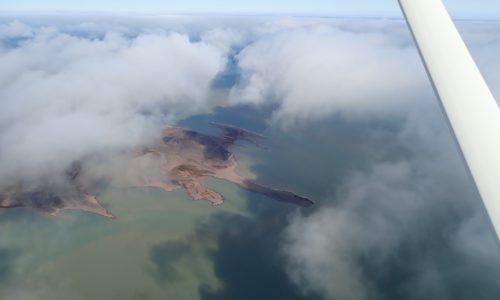 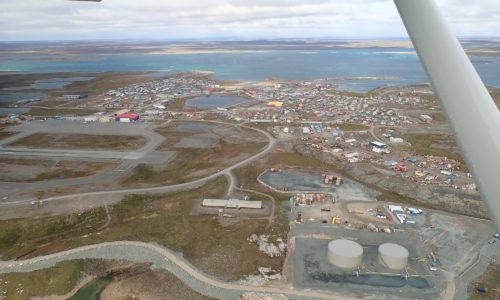 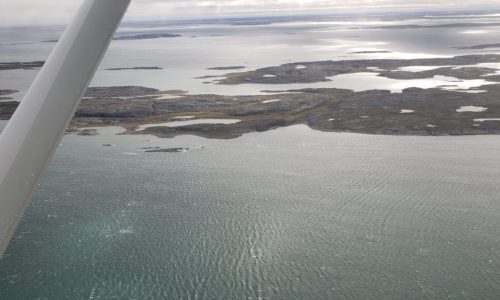 On arrival at Rankin, it was blowing a gale. Literally. There were 50kt winds (technically a “severe gale/storm”), thankfully straight down the runway. Taxiing to parking was a little nerve-wracking but we got it done, and set out to acquire the drum that we’d arranged in advance. It was delivered to the airplane and we somehow managed to get most of it into the tanks.

I called a briefer and asked for a VFR weather briefing, headed south. “What’s your destination?” she asked, and laughed when I told her anywhere that would be less windy than here. In the end the plan was just to launch and fly as far as we felt like; the winds would die out after a couple of hundred miles, and we’d find a place to camp. 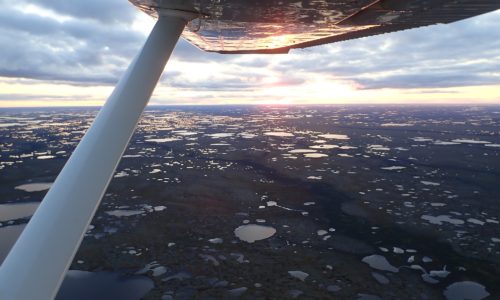 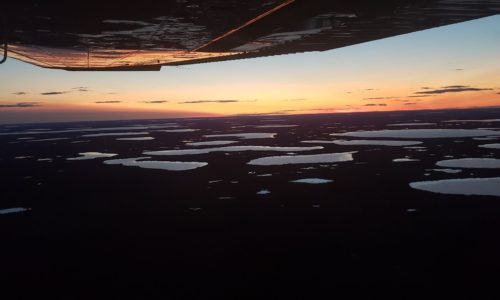 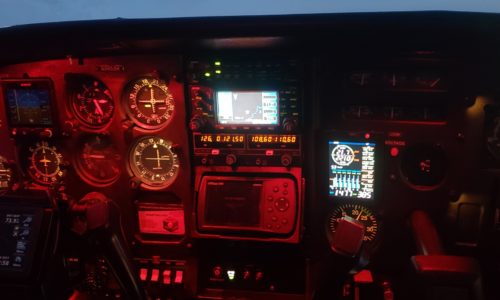 First night flight in a while

This turned out to be the airstrip at Ilford; the controller was a little bemused when I asked him to confirm what timezone we were in, but I wasn’t intending to screw up a third time. We arrived after dark, a rare experience given the long days we’d been having, and set up camp. It was warm and calm, a perfect last night under canvas. 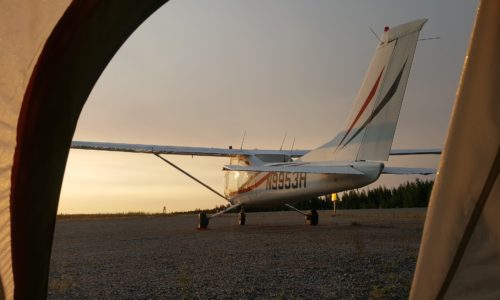 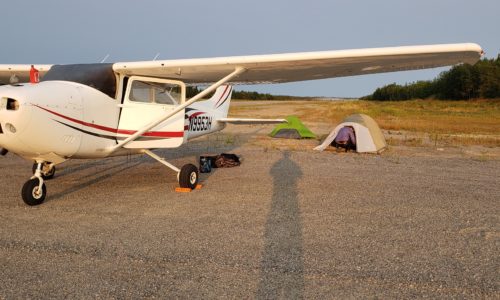 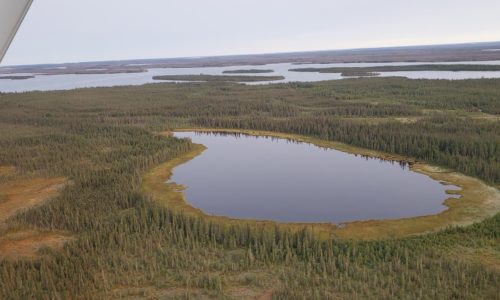 After a pleasant night’s sleep, it was time for the final few legs. We were well back in to the real world by now. The first flight took us down to just north of Winnipeg to visit my Belgian friend, who some years ago had decided to move to Canada to work as a pilot and bought a quarter section of land in central Manitoba. He’d recently finished putting in his own grass strip, so clearly I had to go and check it out.

There were some forest fires as we continued south. We double checked again with flight service to make sure no TFRs had popped up. Visibility was, at times, somewhat affected. 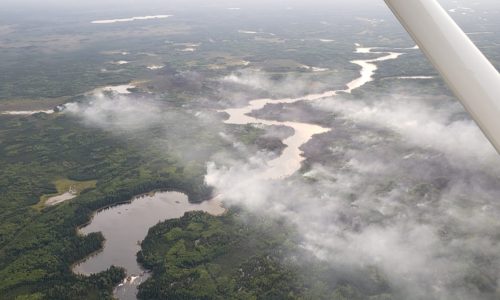 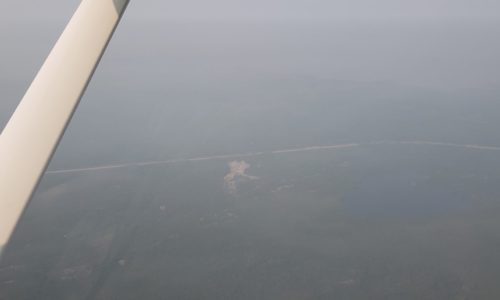 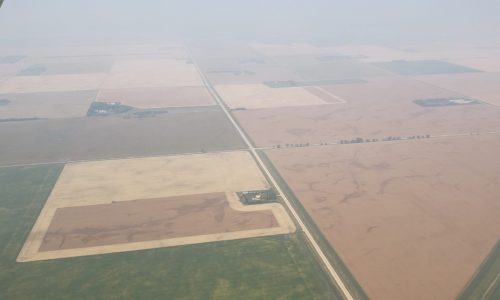 Before the oil cooled down, we pulled the airplane into his hangar and drained it for a well earned oil change. We spent the weekend at Joachim’s, relaxing and enjoying some of the local entertainments such as the escape room. 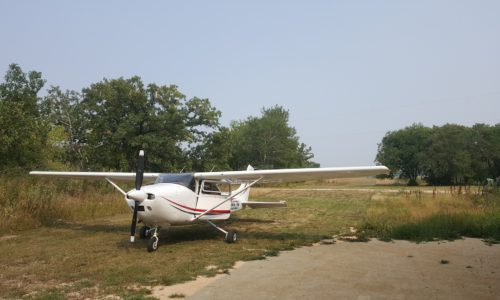 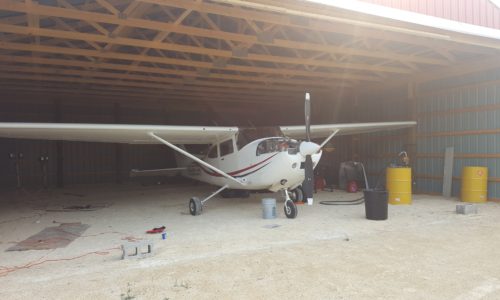 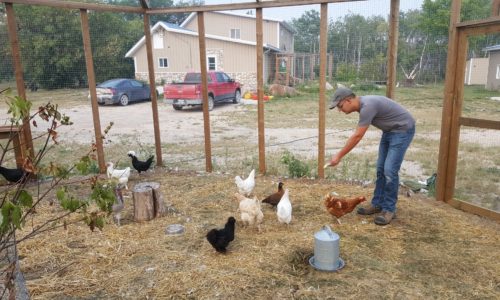 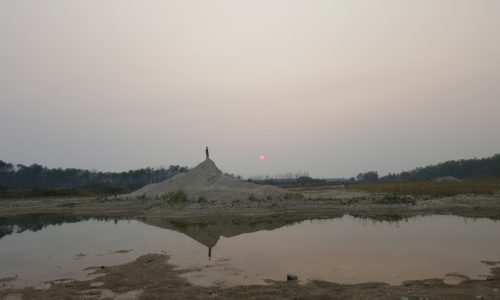 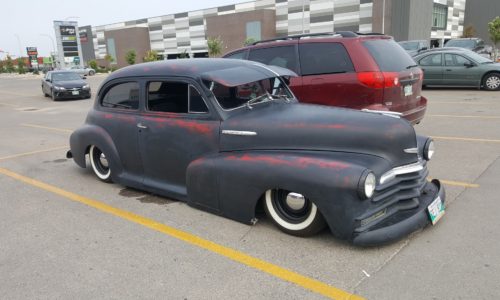 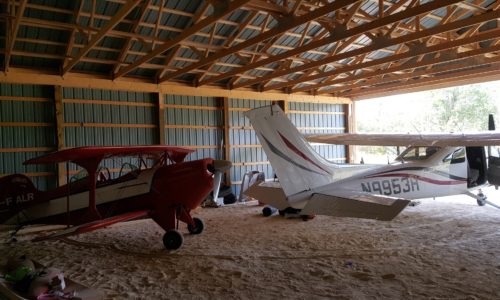 At last, the final day came around. The first flight would take us from Tribble Ranch to the Piney Pinecreek border crossing, technically now making the strip an international airport. The airport straddles the border, with a US ramp and a Canadian ramp. The CBP agent was polite and efficient, and before long we were airbourne, for the 1,000 mile flight direct to Zelienople.

Overall, the trip took about 6 weeks, and we covered about 17,000 miles in 152 hours of flying. There are many interesting places up there left to explore…