The Las Vegas controller was busier than any I had known before, and we were told to head West, stay low, and shut up; I gladly complied. We left the madness far behind us and proceeded up the Nevada/California border towards Mono Lake – at an elevation of 6,802 feet this was the highest airport we would land at.

Mono Lake is one of the best locations that I have flown into. There’s basically nothing there, and that’s what made it such a welcome destination after Las Vegas. At nearly 7,000 feet and surrounded by mountains you feel like you are almost alone in the world! The lake is surrounded by unusual geological formations, too. 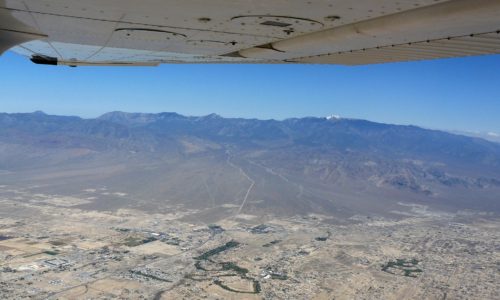 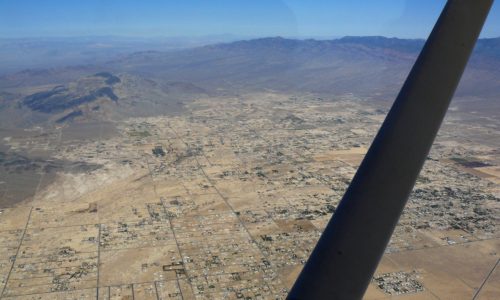 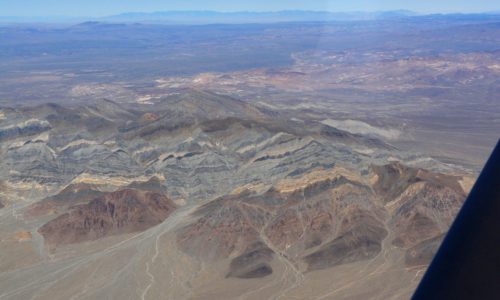 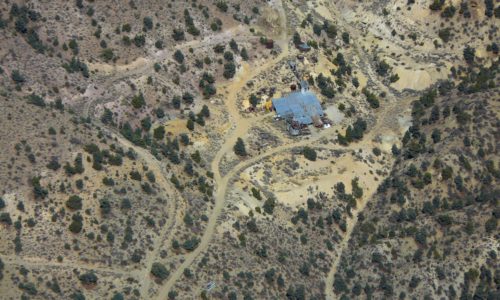 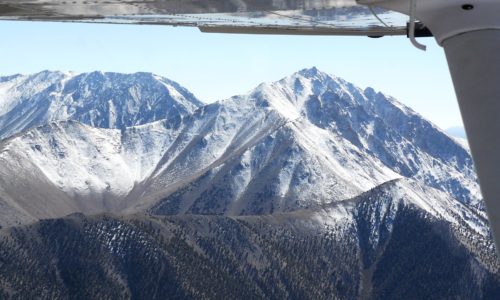 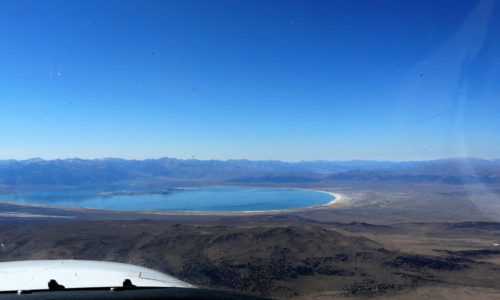 After landing we spent the afternoon walking down to the lake and back, followed by dinner and, as usual, bed as it got dark. I’m usually a late riser, but this kind of travelling tends to align you with the sun, and you go to bed and wake up in line with sunset and sunrise. We had a peaceful nights sleep, interrupted only by a small animal digging a burrow underneath our tent. 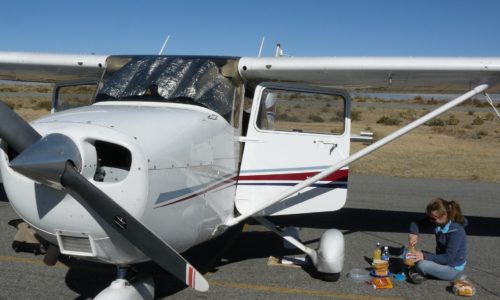 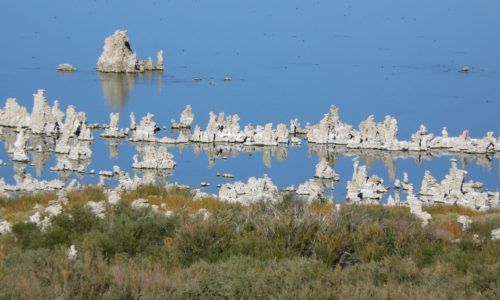 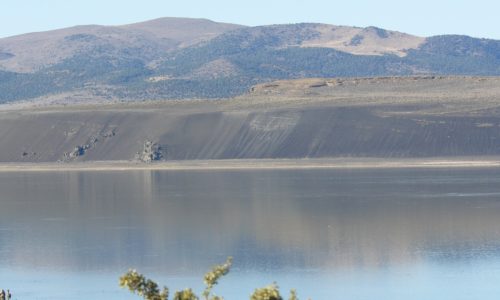 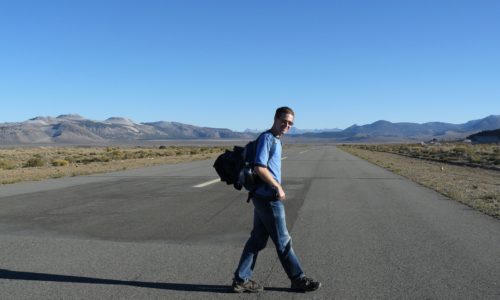 Walking back from the lake 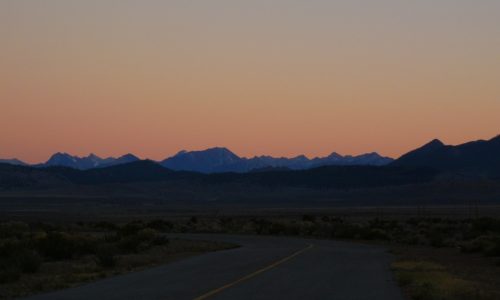 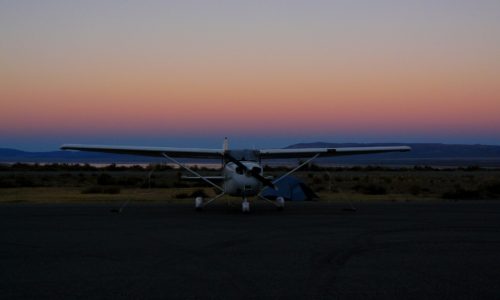 The following day we packed up our site, and slowly lumbered into the air. Takeoff performance at 7,000 feet is poor; due to the thinner air your engine is developing less power, your propeller is developing less thrust, and your wings are producing less lift. However, we were lightly loaded and the runway was long and downhill, so we climbed out over the lake without any trouble, and set course north for the evocatively named Hawthorne Industrial Airport.

While it might not have a pretty name, Hawthorne Industrial did at least have cheap fuel – or so we thought. It turned out that we were flying right in the middle of the area that the adventurer Steve Fossett had disappeared in merely weeks before. The AVGAS tanks at Hawthorne had been sucked dry by the Civil Air Patrol and other searchers, but there was plenty of AVGAS at Yerington, not too far away and along our planned route. 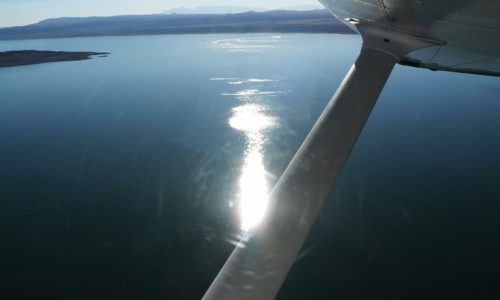 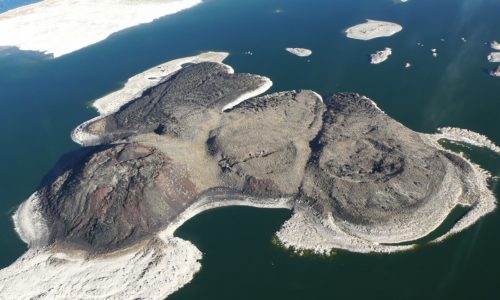 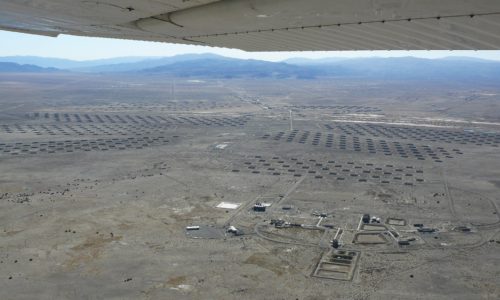 A 30 minute flight took us to Yerington, and plenty of AVGAS, although the restaurant was closed. Less lucky than us was the privately owned L-39 Albatross Jet which had arrived just before us, only to find that the airport did not stock jet fuel any more and that he did not have enough fuel left to fly anywhere else. While feeling secretly pleased that it was him and not us, we discovered we’d left our mobile phone in Hawthorne, and back we went to pick it up. 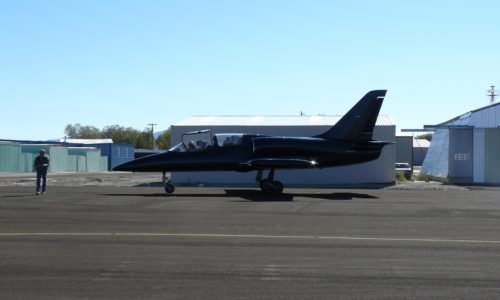 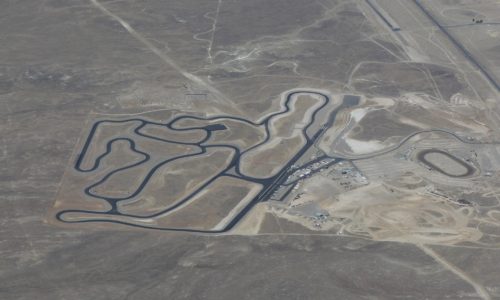 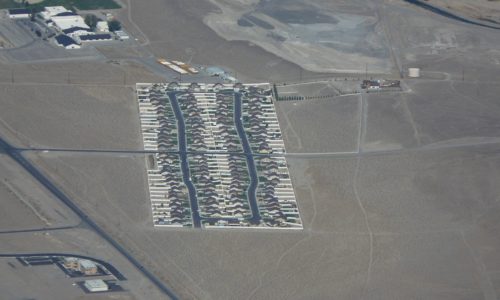 Detours completed, we set off for Arcata on the Pacific Coast! The flight was high altitude (for a Cessna 172), and over rugged terrain. Approaching the final mountain range before the coast, we determined from “Flightwatch”, the flight information service available via radio, that the weather would not allow us to reach the coast and we made our very first weather diversion of the trip to land in Redding, California. 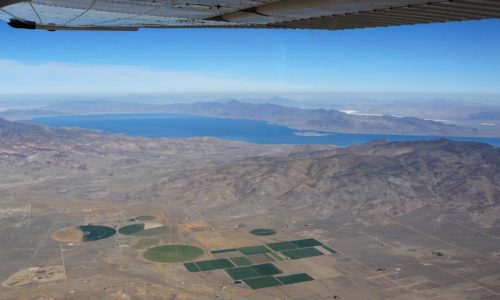 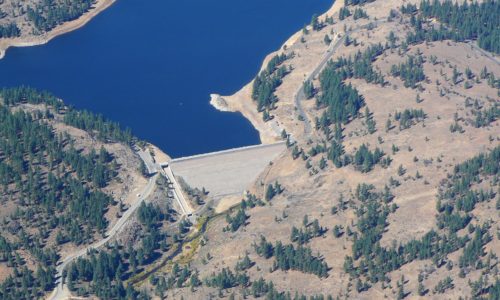 Dam in the Sierras 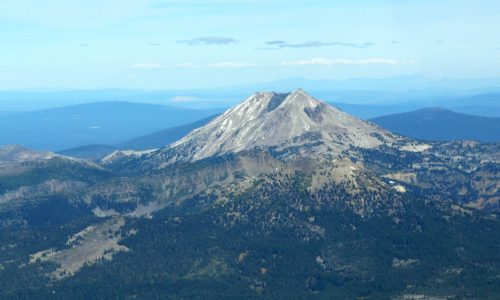 The next day dawned bright and clear, and we set off for Arcata Airport in high excitement for our first glimpse of the Pacific Ocean. Our flight took us through scattered cumulus cloud, with the occasional sight of a mountain from the coastal range peeking out. A couple of hours later, and there it was!

We landed, refueled, and tied down the aircraft before renting a car and heading North to see the giant redwoods of the Pacific coast.

Our first night’s camping was on a beach in a state park, nestled among the dunes overlooking the Pacific; it doesn’t get much better than that. Here we met a young couple who were doing a similar tour of the US to us, but by camper van, so we sat and chatted with them until the fire died down and it was time to turn in. 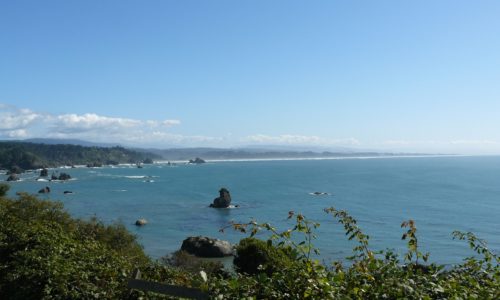 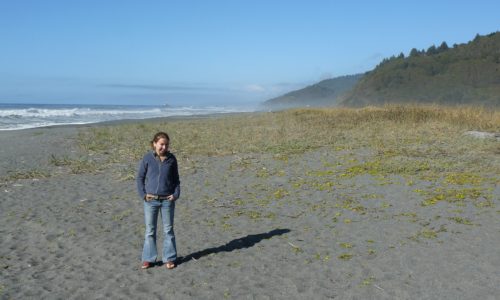 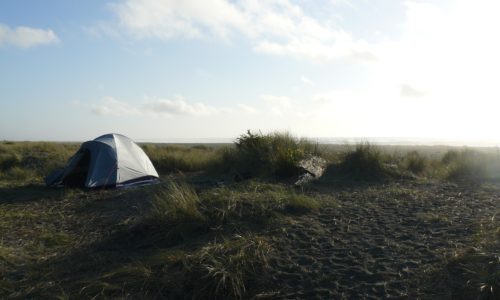 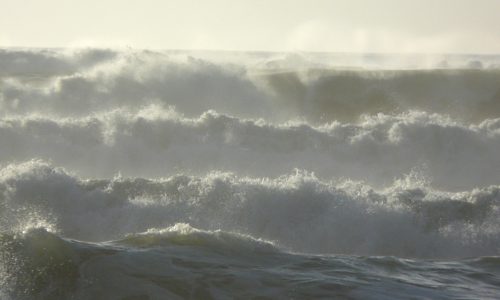 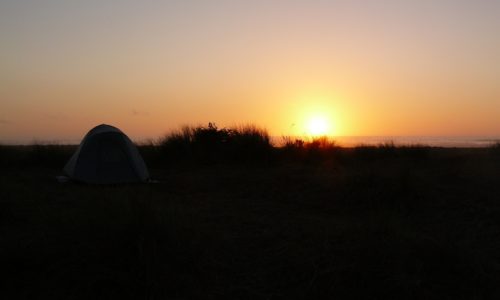 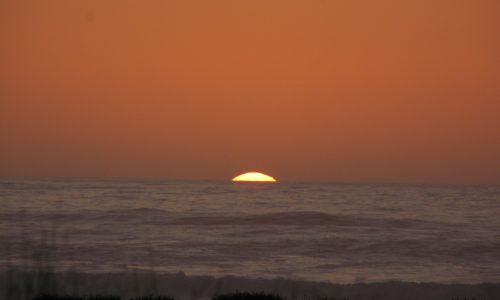