The next day, predictably, involved a great many large trees; they are well worth a visit! We started off the day with a visit to Fern Canyon, a canyon in the Prairie Creek Redwoods State Park. It’s recognised as a World Heritage site and International Biosphere Reserve. You can take a boardwalk through the canyon to view the fern covered walls and other native flora and fauna. 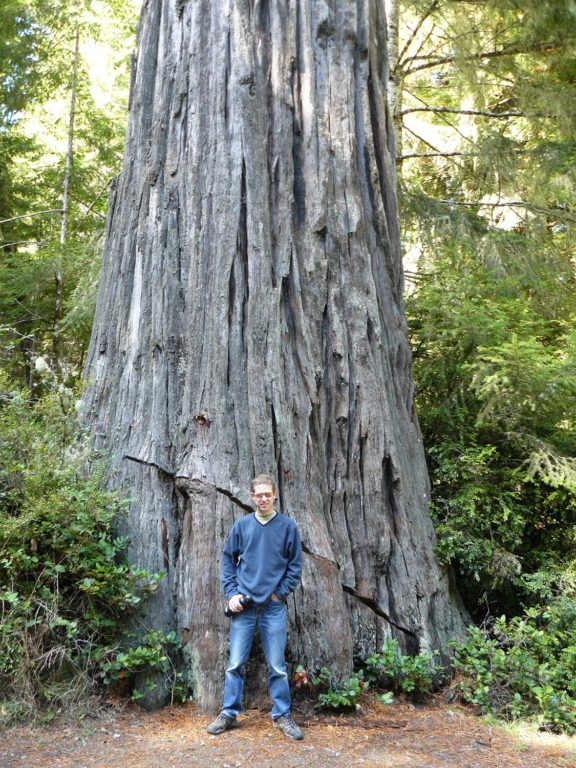 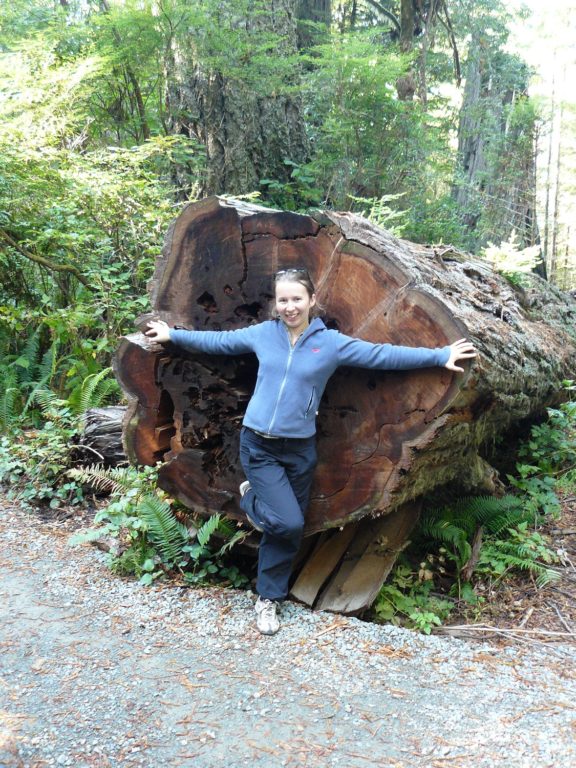 In the afternoon we took a walk through a grove of fully grown redwoods. The size really does not register until you see them up close. We spent our second night camping in another state park, surrounded by redwoods. 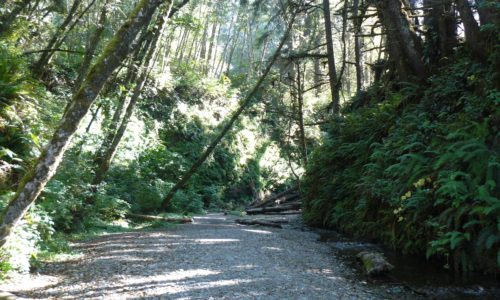 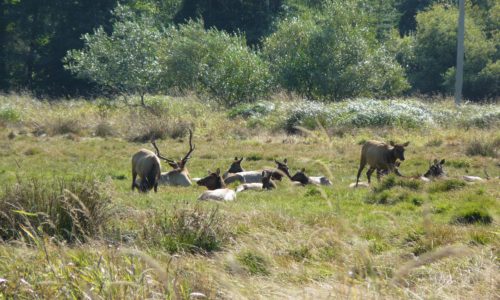 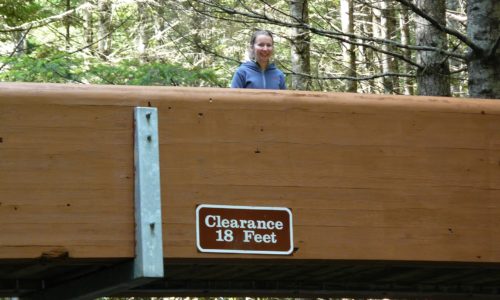 Going to see some Redwoods 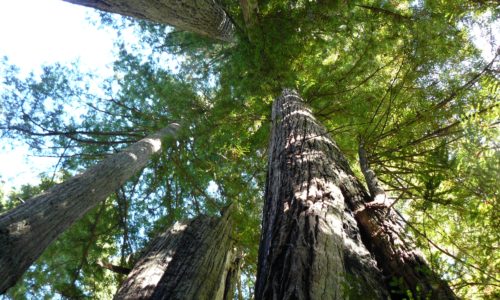 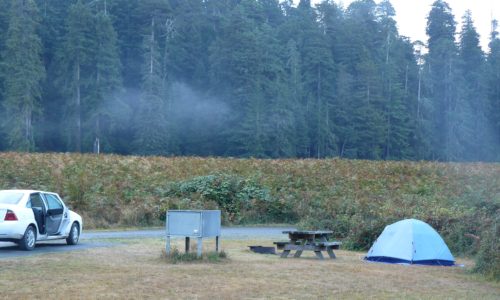 The next morning we took to the air once again and flew South along the coast to what would turn out to become one of my all time favourite airports; Shelter Cove.

Shelter Cove airport is perched on a promontory of rock that juts into the Pacific halfway along what is known as the “Lost Coast”. For miles and miles in both directions along the coast, steep cliffs plunge straight into the sea. 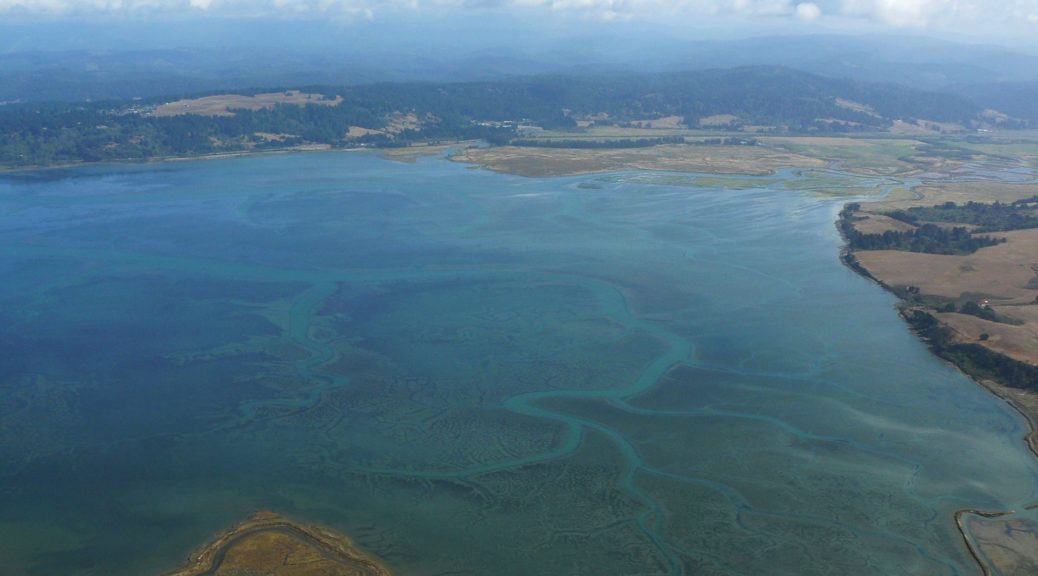 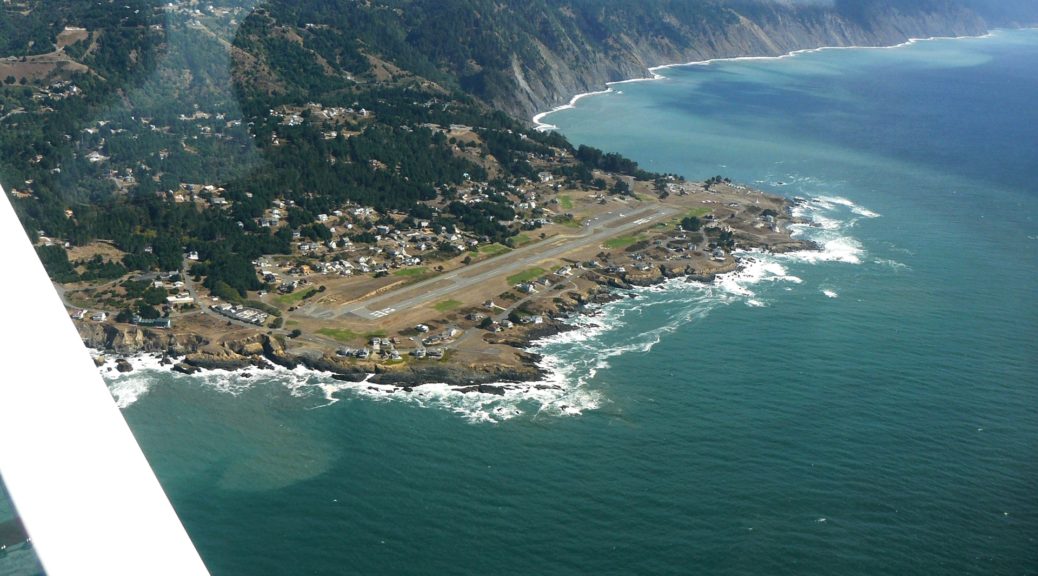 The town is huddled around the airport, which itself shares its land (and sometimes its runway) with the golf course, the local deer, and most of the local dog-walkers. The “Pilot’s Lounge” was located in the closest real-estate office (of which Shelter Cove had an unusually large number), which shared its own small building with a surf shop and tea room. Across the grass sits the golf club, which was also the local bar and community centre. They are very keen on multi-purpose facilities in Shelter Cove. We had lunch at the campsite deli, located adjacent to the runway (almost everything in Shelter Cove is located adjacent to the runway) before spending the afternoon exploring the town on foot. 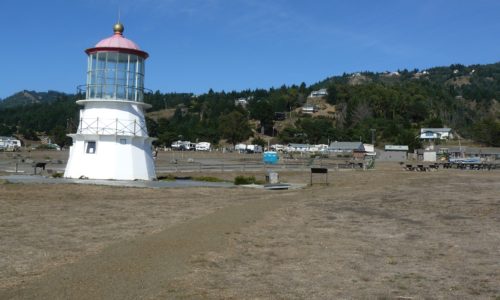 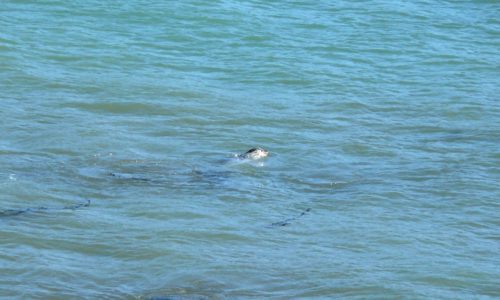 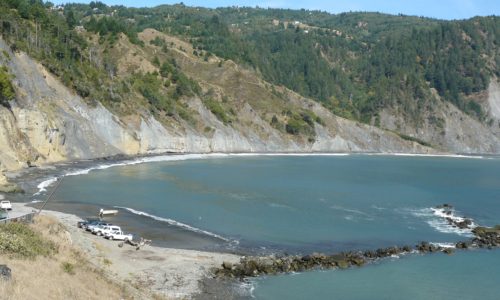 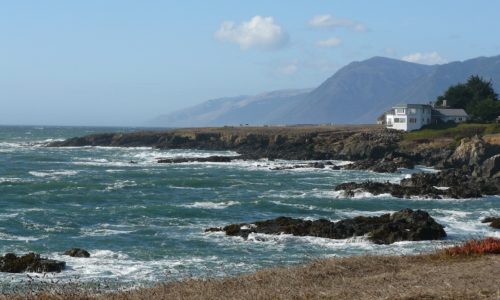 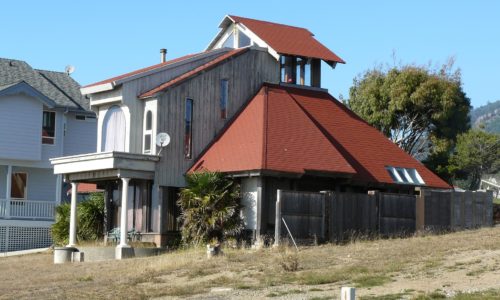 We had been told that Wednesday night was “Steak Night” at the golf club/bar/community centre, and it was our lucky day; we’d arrived on a Wednesday. The place was packed full, with plenty of fighting dogs to add atmosphere. We spent most of the evening talking to a couple of local men, one of whom had never been in an aircraft before and was very interested to hear all about it! They were very friendly and offered us an illicit “smoke of the Humbolt” which we politely declined.

Our route out of Shelter Cove took us South along the coast towards San Francisco. We took the decision en route to stop off at Santa Rosa Airport – also known as Charles M. Schulz Airport after the creator of Snoopy. We couldn’t resist the chance to visit somewhere named after the creator of the canine aviation legend, and were not disappointed, the airport being well decorated with Snoopy figures and boasting an excellent restaurant. 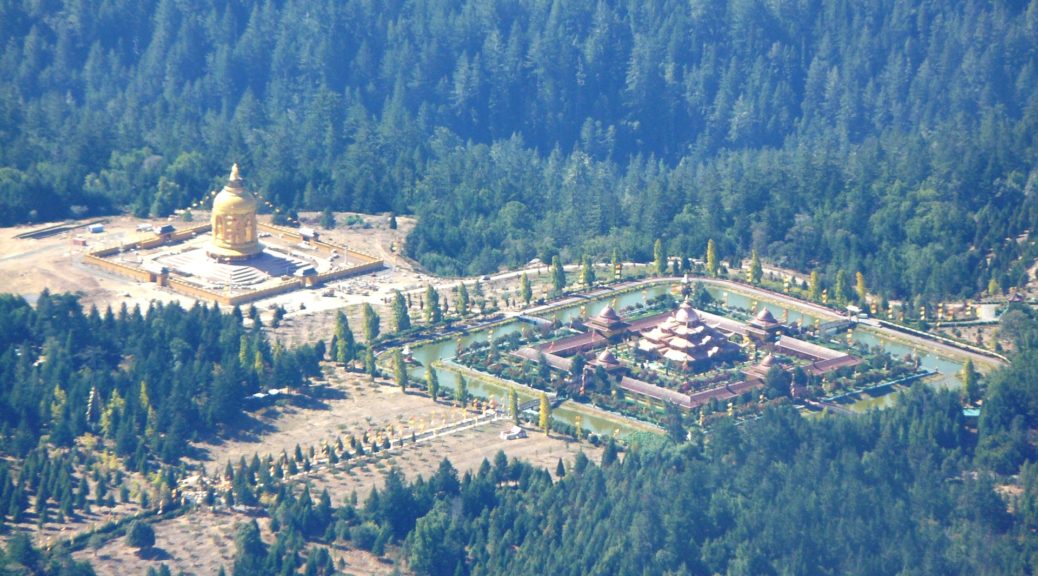 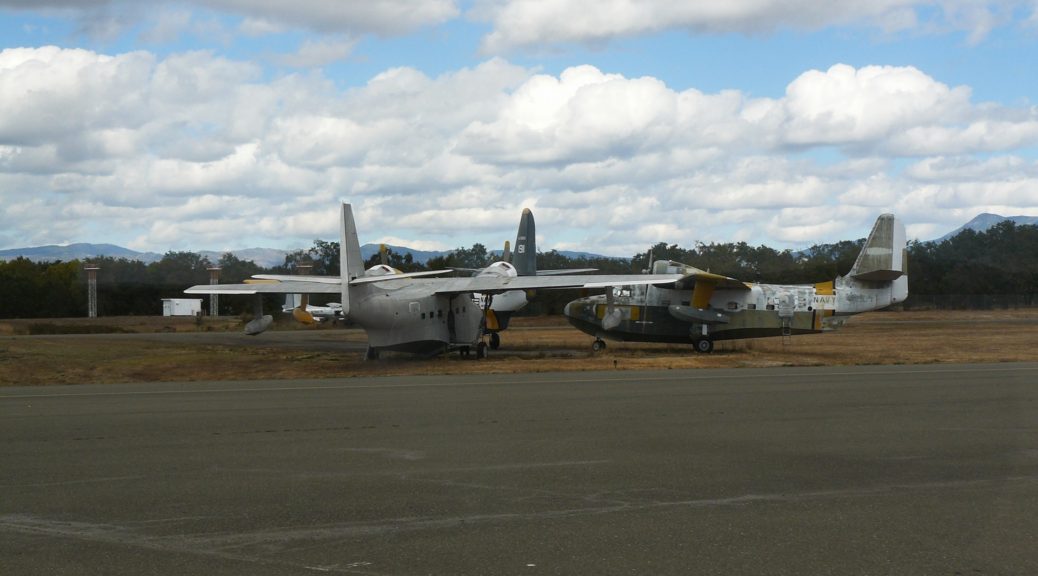 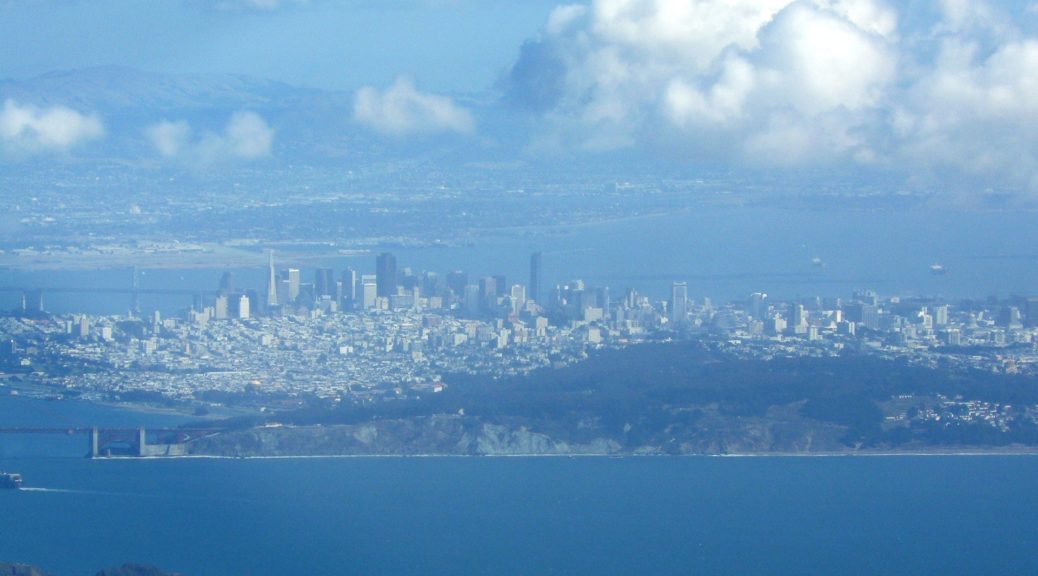 San Francisco through the haze 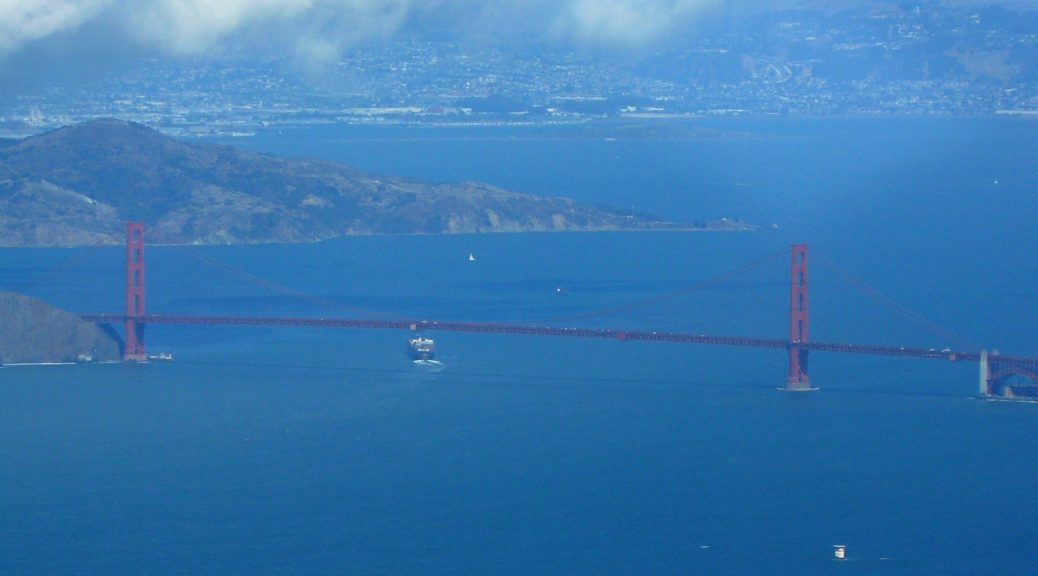 From here we continued South past the Golden Gate Bridge. We had to remain well clear of the bridge as the Blue Angels were performing in the area, and soon found ourselves stopping for the night in Half Moon Bay, a beautiful ocean-front town next to San Francisco. 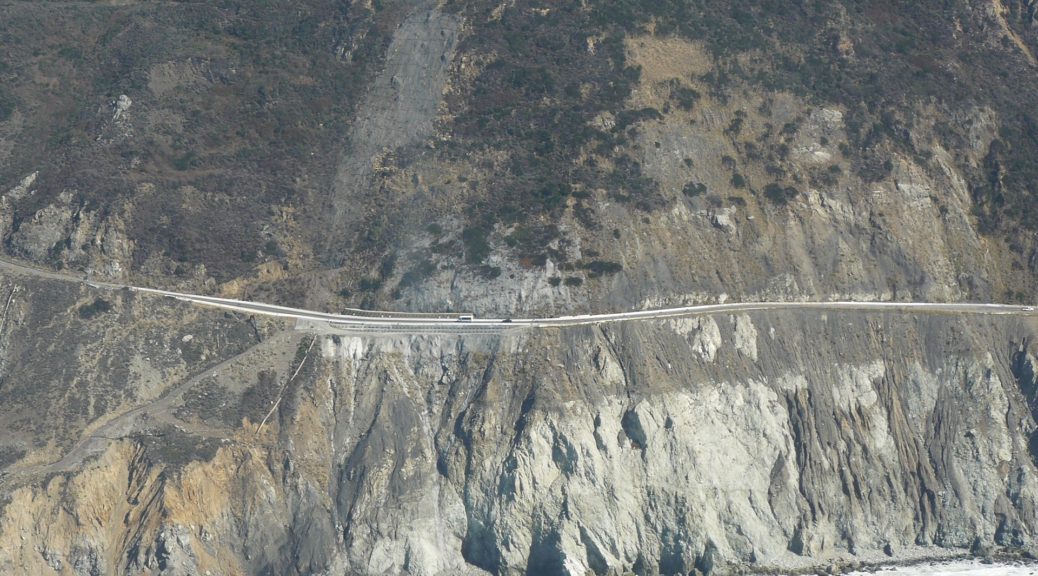 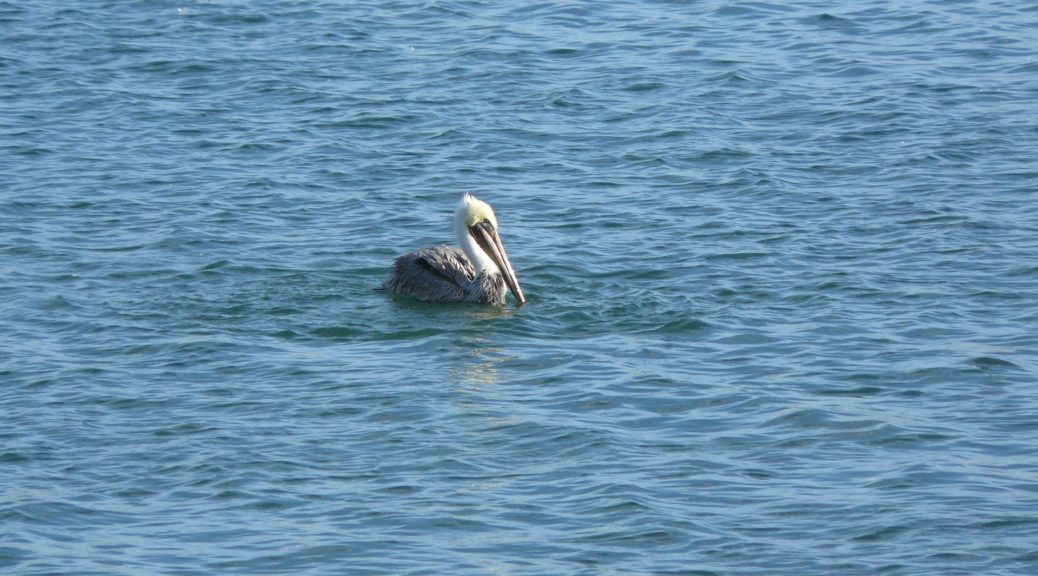 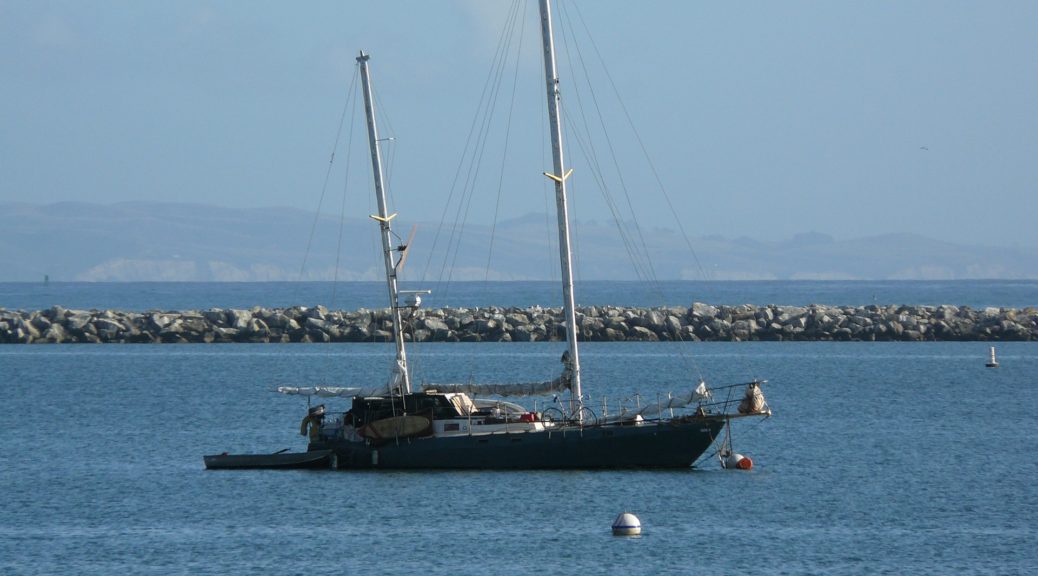 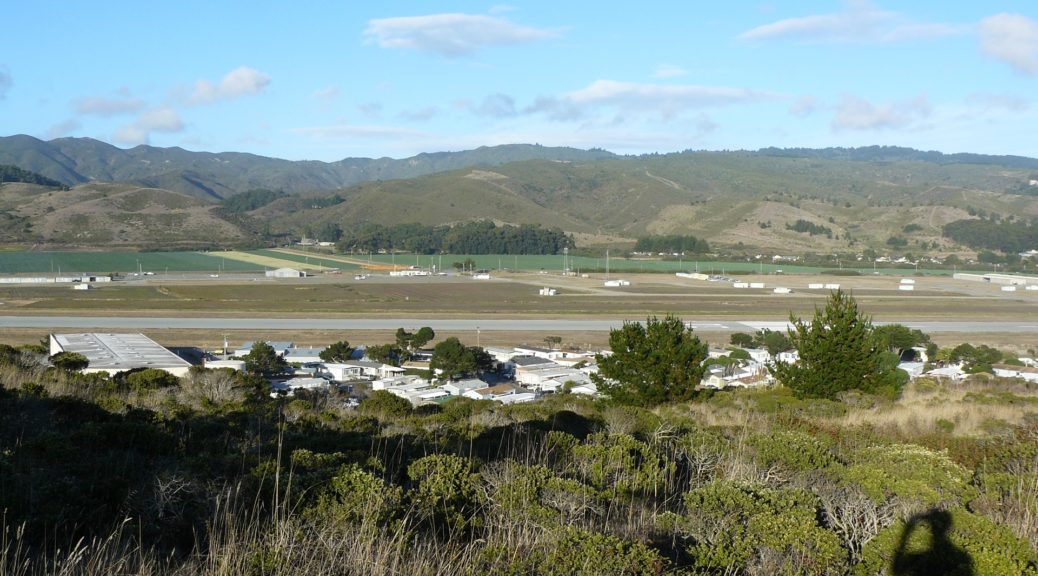 We phoned a local motel on arrival, and the owner came out himself to collect us from the airport. After settling in we went out to explore the town. The harbour was within easy walking distance of the motel, and we found a restaurant to return to for dinner before making our way up the hills along the coast. We spent a few hours walking, enjoying fantastic views of the coastline and also back over the airport where we could see Mike-Charlie parked far below us. We made our way back into town as the sun began to set and enjoyed an excellent meal at the Half Moon Bay Brewing Company on the waterfront. We walked back to the motel, and watched a documentary on man-eating mountain lions before bed; encouraging, considering the amount of camping we were doing.

After breakfast at the motel the owner gave us a lift back to the airport. Having refueled we set off inland to Mariposa-Yosemite Airport, to spend a night camping in the famous Yosemite National Park. The FBO at the airport phoned the local bus, who made a detour to pick us up and took us back into town to catch the shuttle-bus up to the park. 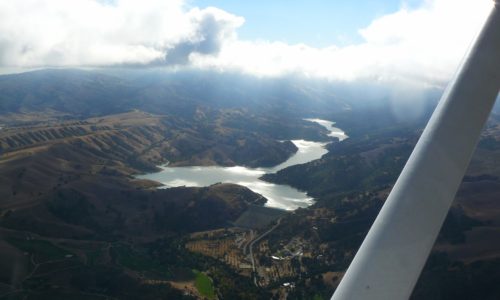 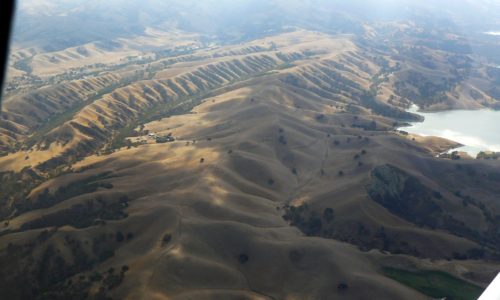 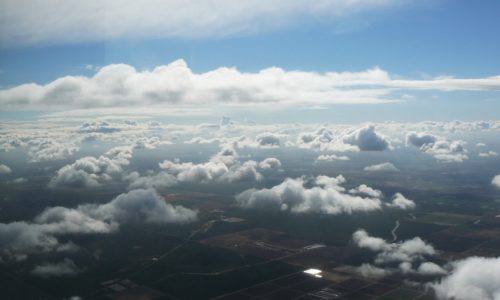 Despite being October, the campsites were all fully booked, but we were given a pitch in the hikers campground for a night as we had a tent and not an RV. We spent the afternoon walking around the valley floor, watching the deer and the incredible scenery, before cooking dinner over our camping stove and turning in. We ensured, before we did, that all our food was well secured in the steel “bear-box” as directed by signs all over the camp ground. That night a light frosting of snow settled over the tent; a far cry from the tropical humidity of Florida. 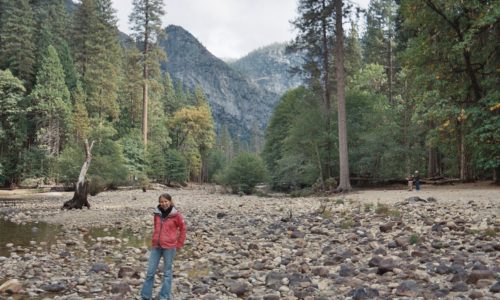 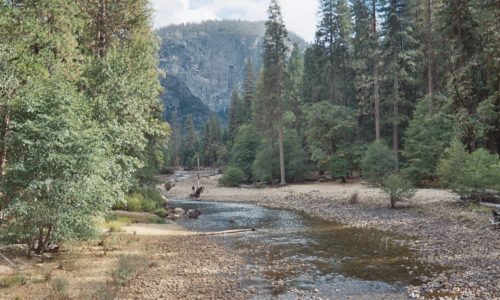 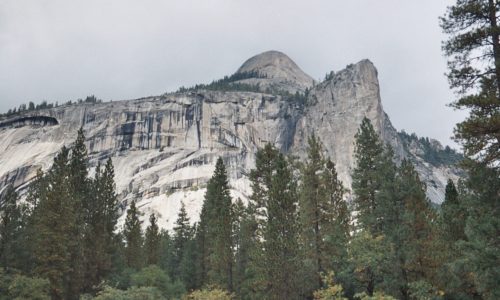