I woke late, after the previous day’s long hours, looking forward to a relaxing Saturday. It was not to be, however. Checks of the latest weather updates revealed that from Sunday through Thursday, conditions were going to seriously deteriorate to the point that the planned Sunday departure was clearly not going to be possible. The choices were either depart that day, and fly as far as Lord Howe Island, or be stuck for nearly a week. I made my decision; it was time to go. 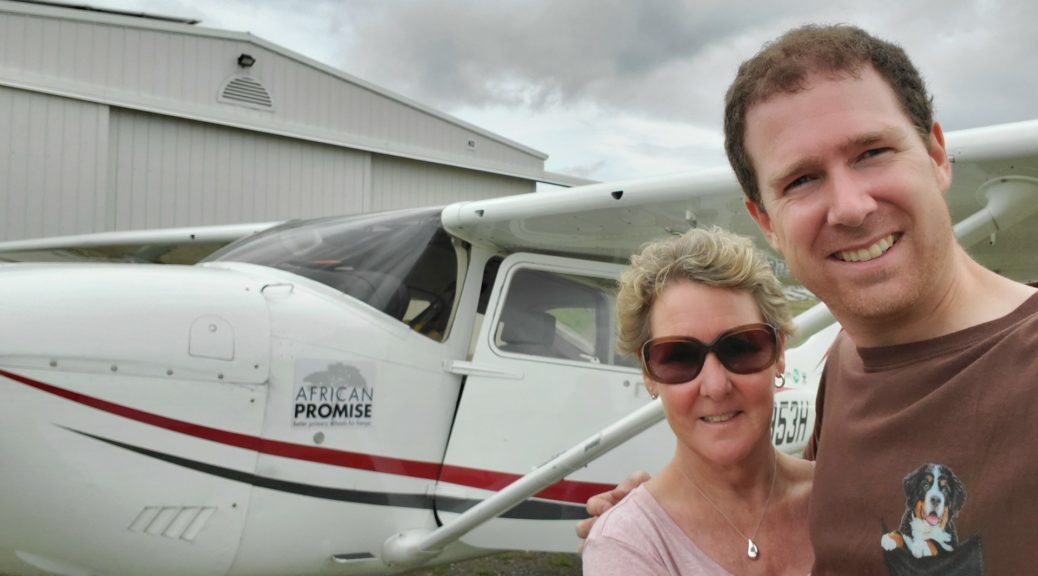 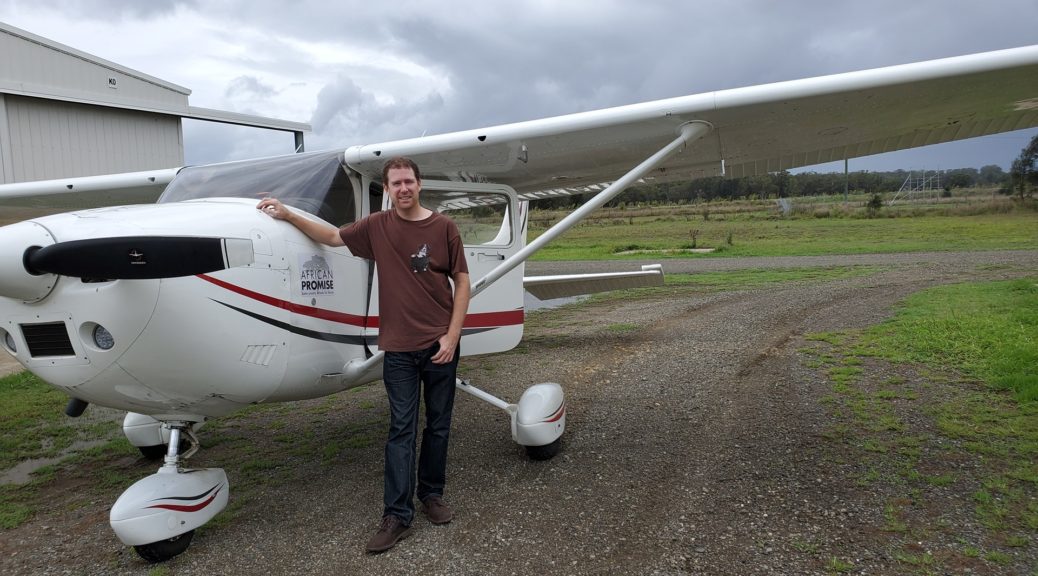 Finally on the move again

A rapid succession of flight planning, packing, and logistics followed. We found a room available on Lord Howe Island, and with that in hand, set off to the airport stopping only to grab a quick cheeseburger from the McDonald’s drive-through. I dropped in first to the Newcastle Flying Club and took advice from their instructors on the best routing to my coastal fuel stop, Taree. The consensus was that an IFR flight was the only way to go, confirmed by a phone call to Newcastle ATC whose zone I’d be heading through. I filed the plan and headed off to load up the aircraft. After final goodbyes to my aunt, I fired up the fresh engine and took off from runway 05, headed northeast. 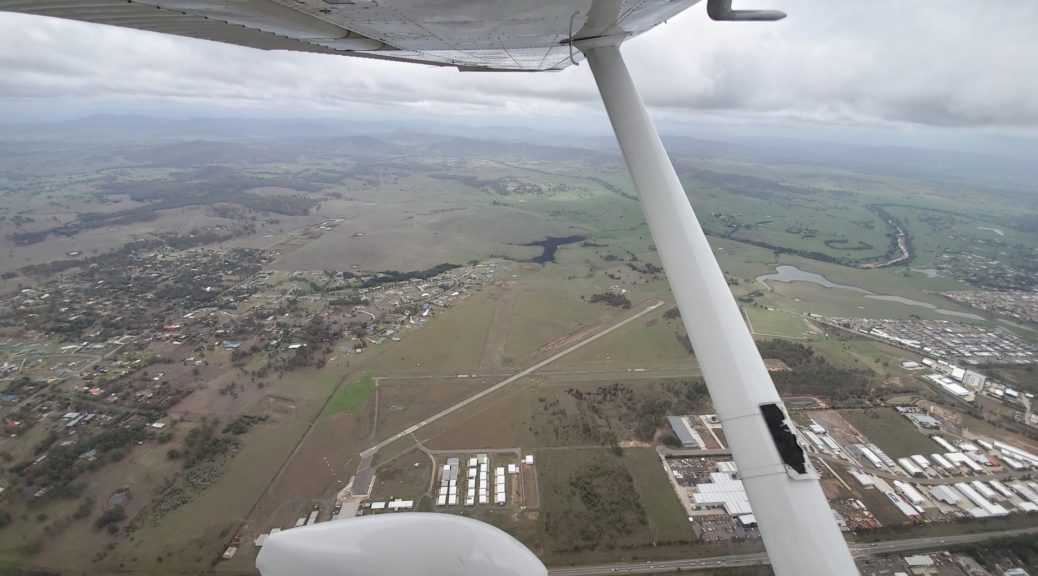 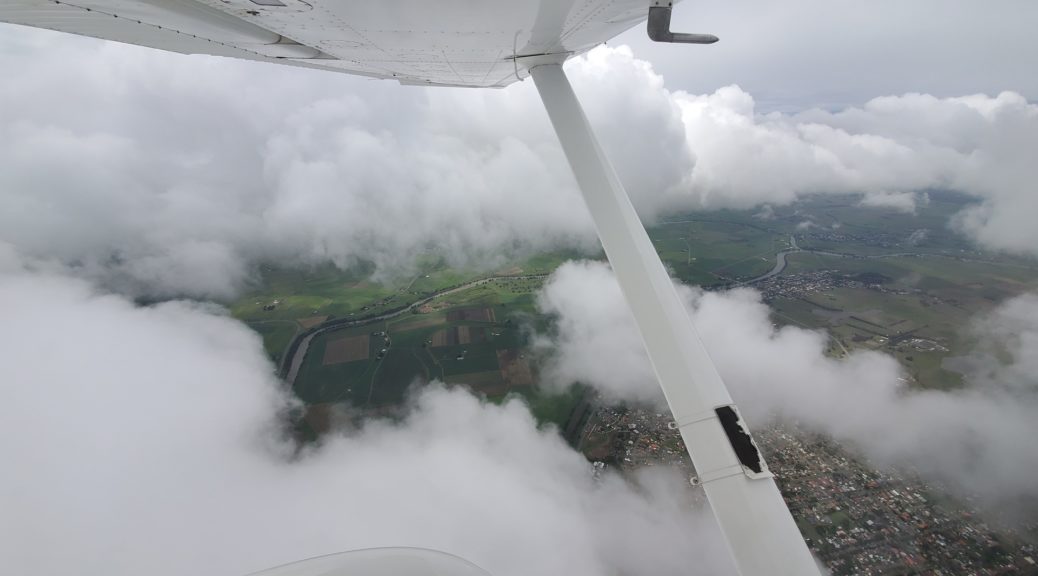 I climbed overhead the field, contacting Brisbane center and picking up my clearance. They quickly handed me over to “Willy Approach” (short for Williamstown) who cleared me through their airspace, direct to destination. The first flight was not a long one, just 75 miles up the coast to Taree who had fuel available with credit card payment, and were not far off the shortest over-water crossing to Lord Howe.

Conditions were not great, but OK for IFR. It was windy, with low cloud all around, and rain showers. Taree was in something of a bubble of awful weather; 800ft ceilings with strong crosswinds and rain. As I got closer, I heard a Bonanza heading out IFR, destination to the north. He got away before I got too close, and I descended in on the GPS approach. Minimums for the approach were 600ft, so I had a small buffer, but not much; luckily the runway became visible through the mist and rain and I was able to make a safe, but not stylish, landing in the strong crosswind. 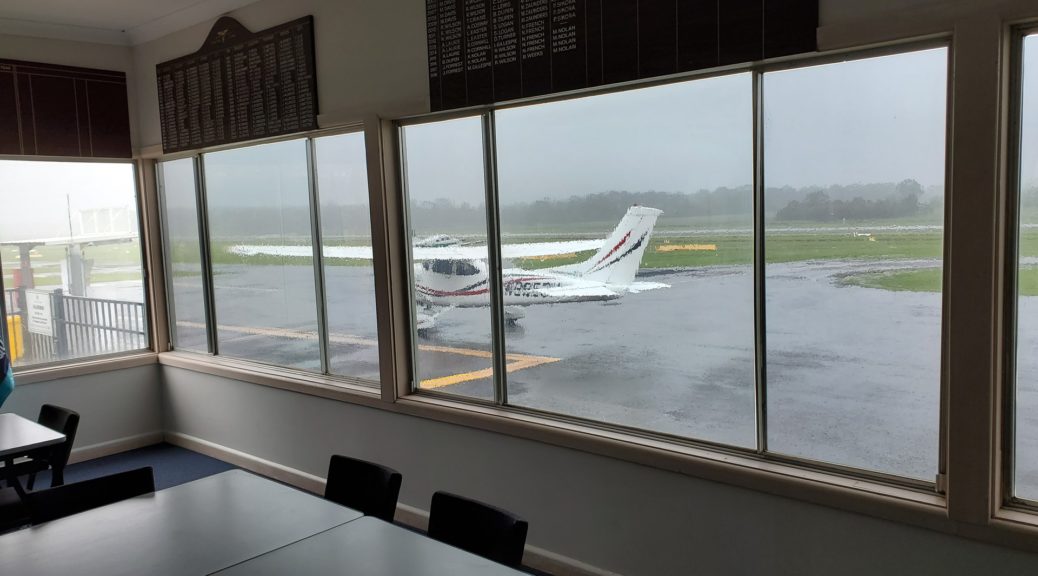 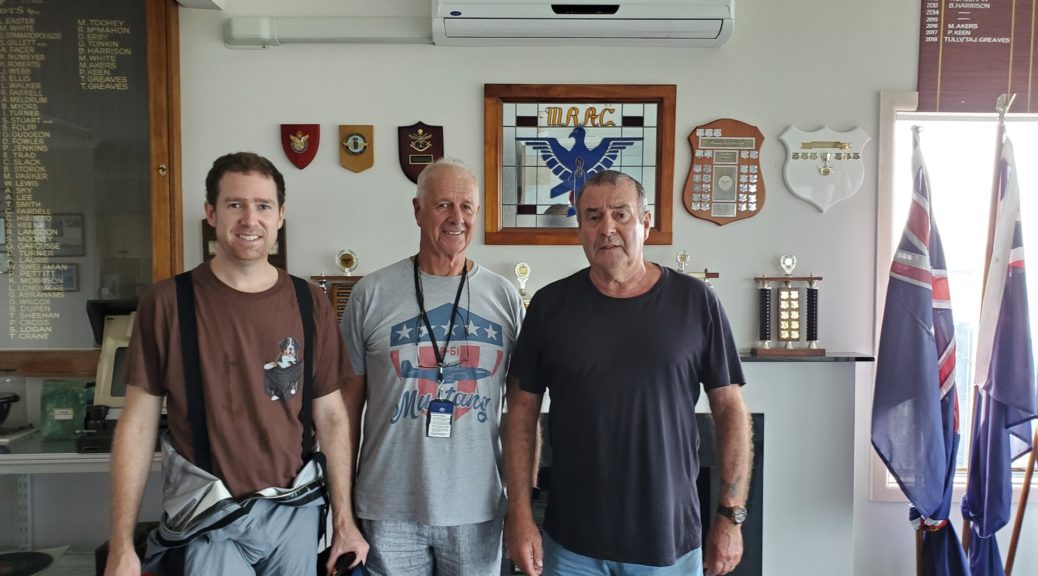 I taxied to the fuel pumps and shut down. It was raining hard, and I didn’t want to try and refuel in that, so I made a run in to the flying club building. I was greeted by a flying club member who was the “Duty Pilot” for the day. He told me it had been a slow day indeed! We waited and chatted for a while, before the rain eased and we decided to go and refuel while we had the chance; he held the umbrella, while I pumped the fuel! I filled her to the brim; can’t have too much fuel when heading out across the Tasman.

I went back inside to put on my dry-suit and make a final weather check. Another club member turned up, with a visitor from England, and we chatted for a bit about the flight before it was time to go. I wanted to be at Lord Howe well before sunset. The wind was still blowing hard across the runway as I took off – coming straight from the direction I needed to fly. Great. 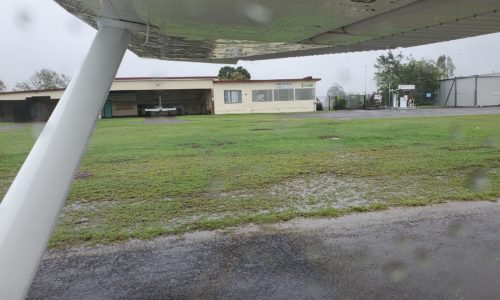 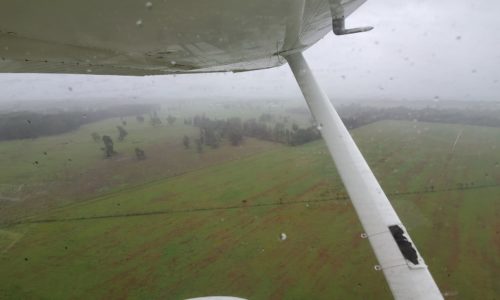 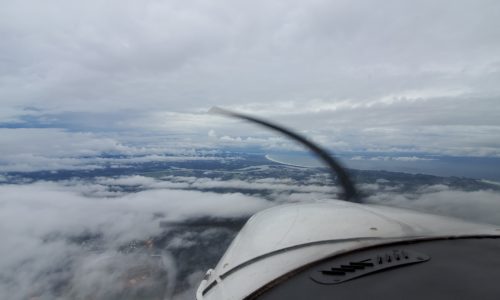 North up the coast

I leveled off at 4,000 feet, and initially headed up the coast on an IFR flight plan towards Port Macquarie. The first few miles were spent in thick cloud but as I neared my first waypoint, this dissipated and I was back into clear air. Port Macquarie is one of the closest mainland points to Lord Howe, giving the shortest sea crossing, and it was here that I turned right and headed out over the open ocean once again. 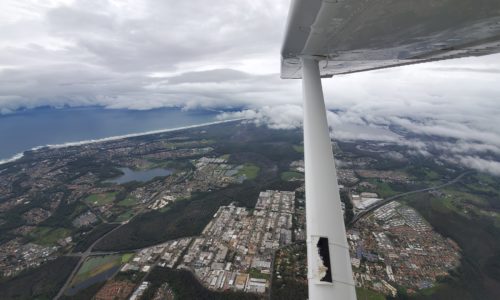 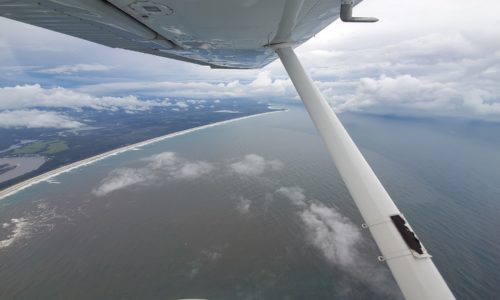 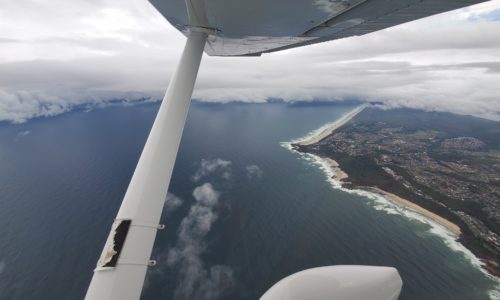 The headwind was about 20 knots, not as bad as I had feared, giving me a ground speed of about 115 knots. I settled in on autopilot for the crossing. A little way out, ATC requested that I climb to 8,000ft for continued radio contact. I cruised on over the ocean, in and out of clouds and the occasional rain shower, checking in with ATC every now and then for a position report. They were quite proactive at passing updated weather reports from Lord Howe for me, too. 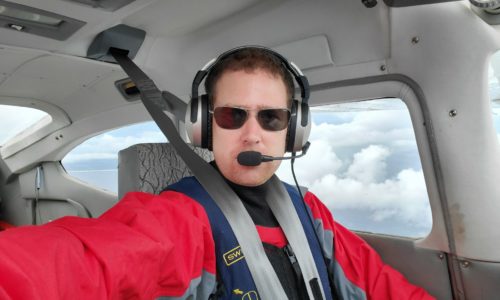 Dressed for the crossing 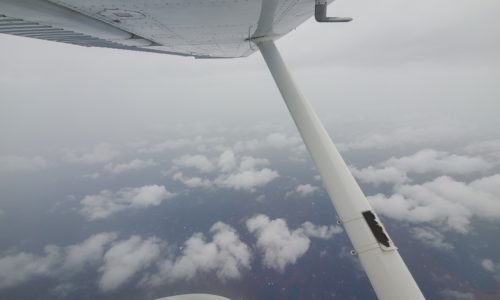 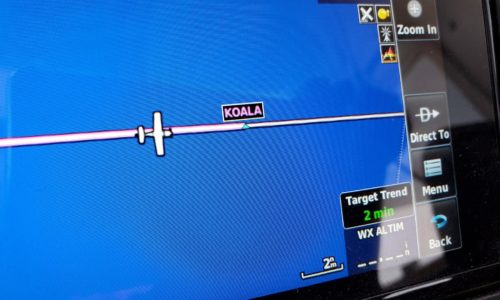 The InReach came in very handy for checking the destination weather during those times that ATC didn’t pass an update. The forecast, updated during my flight, was for decent visibility and broken cloud ceilings at about 1,400ft, with periods of worse conditions. The minimums for the instrument approach were 990ft; a reasonable enough buffer. As I drew close to the island, cloud was being reported at 800ft overcast, with ~3km visibility. Not great! 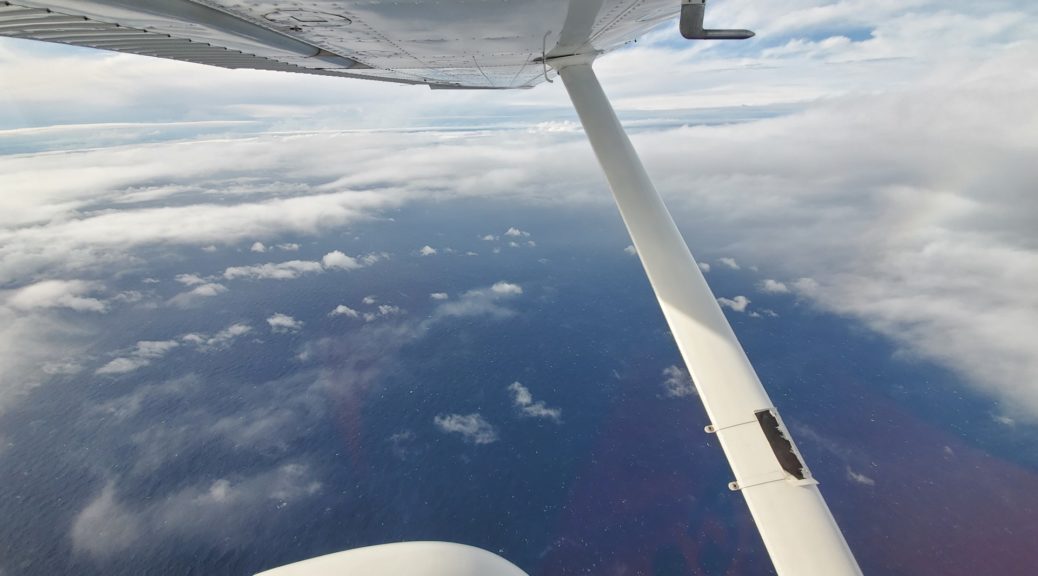 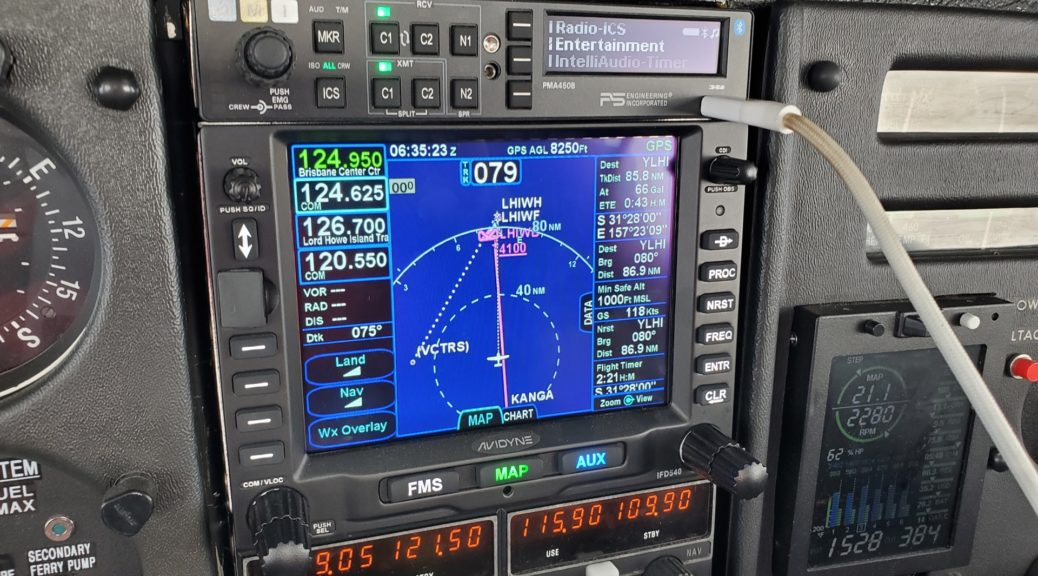 Not much land around

The wind was strong from the east, about 25 – 30 knots. It was at least coming from a direction that the airport documentation stated should not cause problematic levels of turbulence. I flew the GPS approach to runway 10, and as I descended to the minimum altitude I was able to make out the sea below and, finally, the land ahead. Conditions were just good enough for me to make out the runway and come in for a challenging, but pretty good, landing. I taxied carefully to the main apron and shut down. 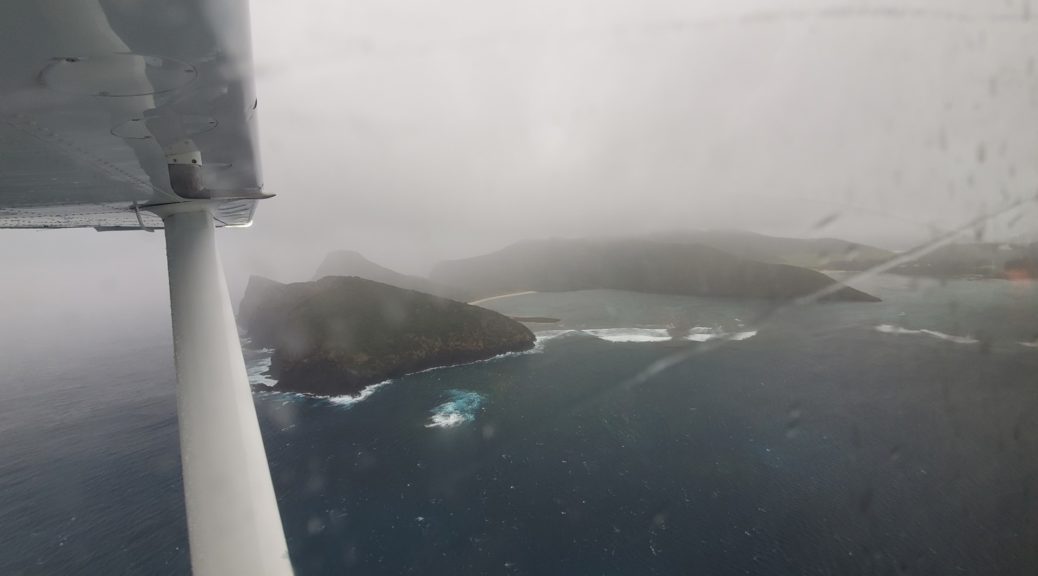 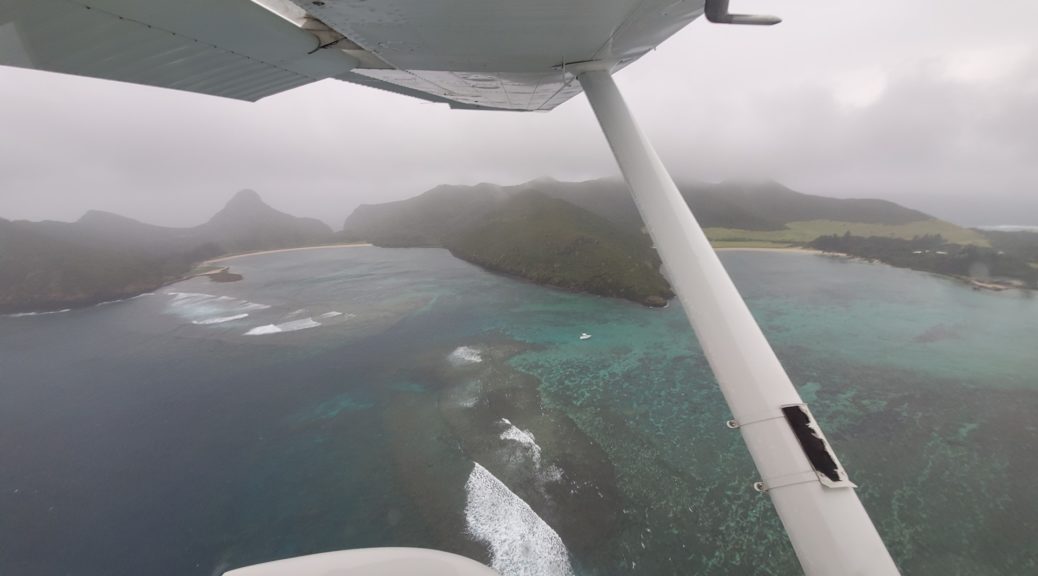 Things now became a little difficult. It turned out there was no mobile phone service on the island. The InReach came into its own and allowed me to exchange messages with my aunt back in Australia; she in turn could make phone calls for me. The vacant room we’d identified earlier had somehow been taken; not sure how, as the island doesn’t exactly lend itself to walk-in traffic! Indeed, tourists are not meant to travel to the island on the commercial flights without a confirmed reservation. My aunt called every hotel and guest house on the island, with no luck. 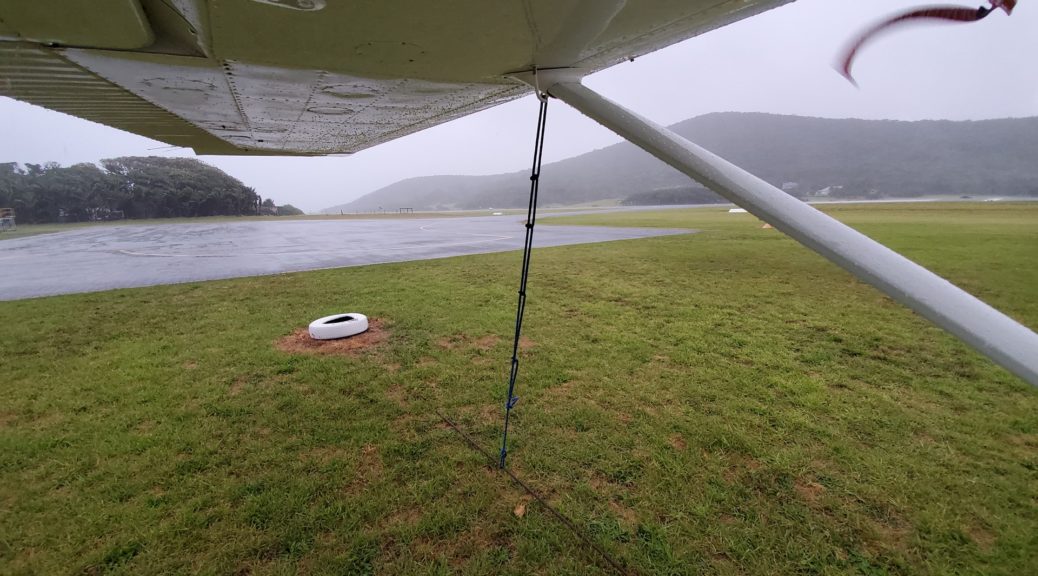 Tied down at Lord Howe 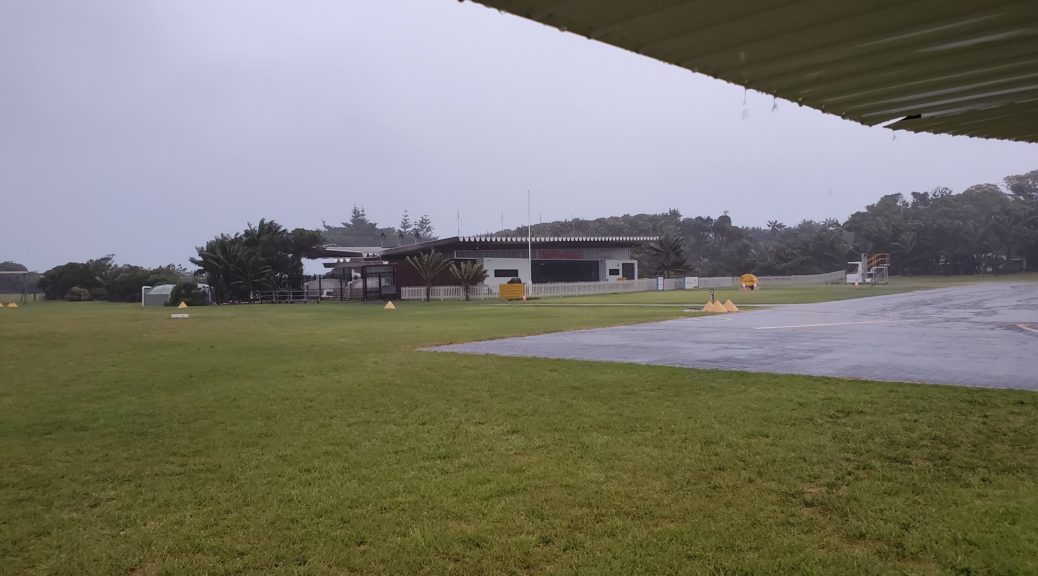 While she was working on this, I wandered around to figure out where to tie down. Before taxiing onto the grass I wanted to be sure it wasn’t soft and muddy from the rain! Luckily, it was sandy and still perfectly firm. The rain was coming down more sideways than vertically; I kept my drysuit on as otherwise I’d have been drenched through in moments. At least it was fairly warm. I got the aircraft tied down and even managed to wrestle the cover into place. 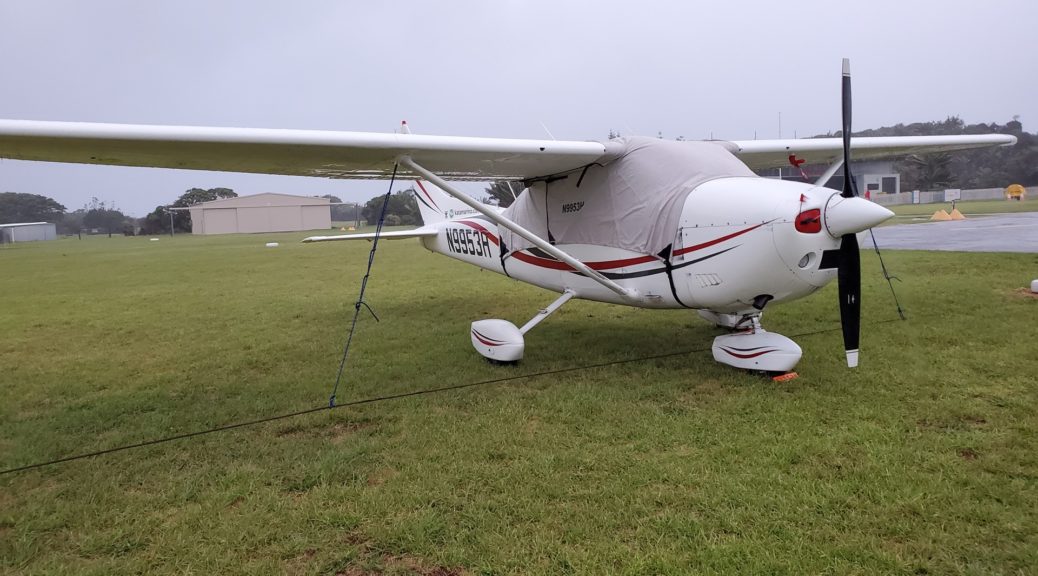 Tied down in the rain 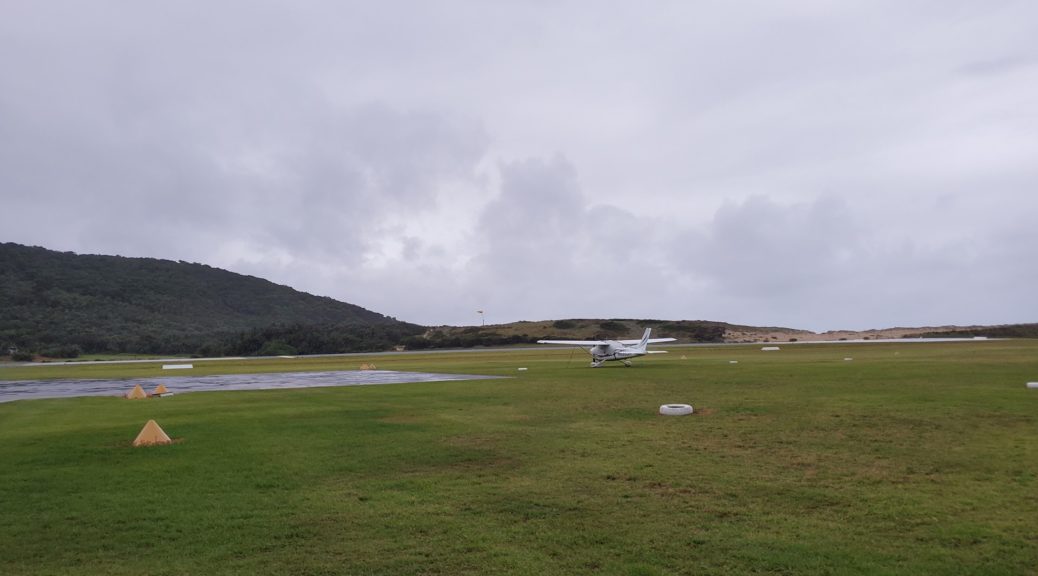 My aunt had worked a miracle, and a small inn by the airport had offered me their spare bedroom! They were even on their way to pick me up. Sharon and Peter, of Waimarie, arrived a couple of minutes later and soon had me back at their house and settled into a very comfortable downstairs room. They even invited me up to share dinner and drinks with them! What could have been a windy and uncomfortable night trying to sleep in the airplane turned into a great evening swapping stories and enjoying delicious food and drink.

2 thoughts on “Round the World – New Zealand Day 5”