We met Christian at the hotel the next morning, and started the day with breakfast in the Cafe Landtmann. This is something of a Viennese institution; it was founded in 1873 and has been the preferred coffeehouse of many renowned Austrians including Sigmund Freud. We ate next to a large, relaxed dog that was asleep on the floor, clearly enjoying the relaxed coffeehouse atmosphere. 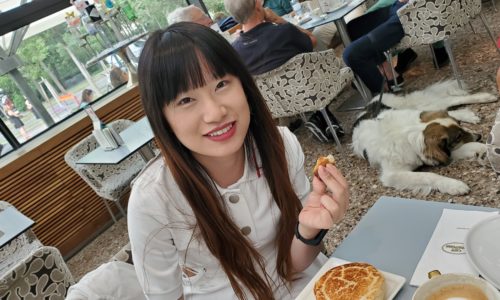 Relaxed dog in the Landtmann 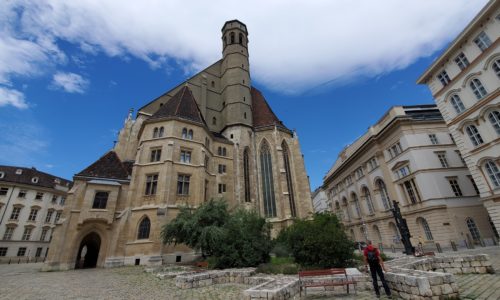 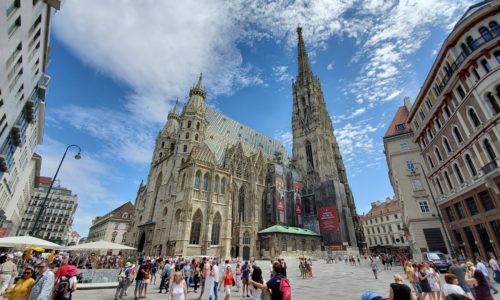 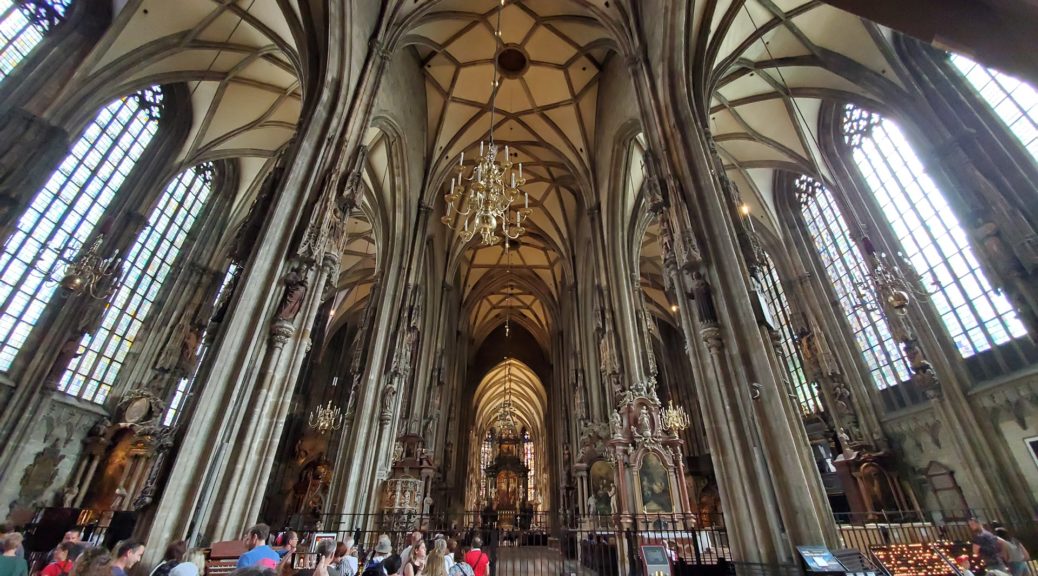 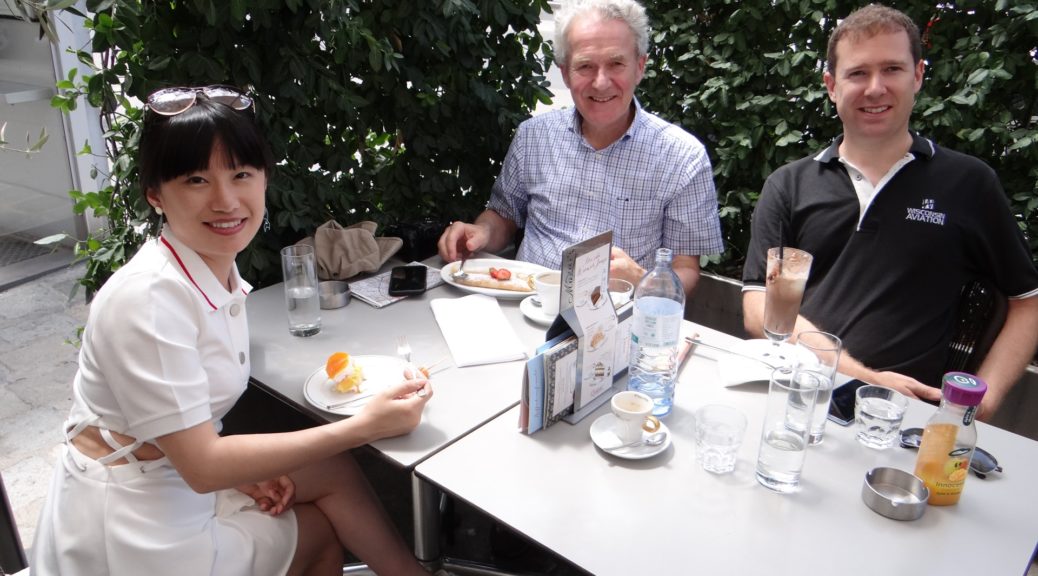 Breakfast complete, we continued our tour of the city, ably guided by Christian who had very kindly taken the morning off to spend with us. We visited St Stephen’s Cathedral, as well as exploring the side streets and other historic buildings around the town center. Elsa even managed to find a coconut to drink from. We finished up at the Opera House where we met up with my new copilot; my father would be joining me for a second section of flying, from Vienna down to Turkey. We enjoyed a light lunch as a foursome, before Christian said his goodbyes and set out for his long drive to a family event in eastern Austria. 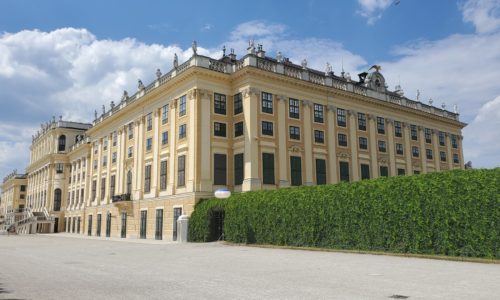 At the Schönbrunn Palace 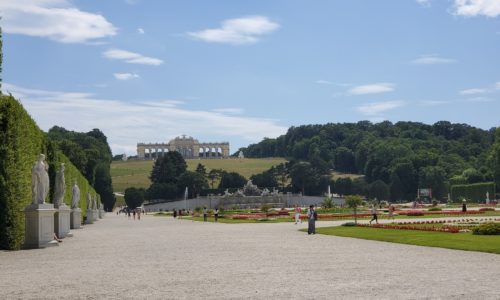 The hilltop pavilion, and fountain, at the Schönbrunn Palace 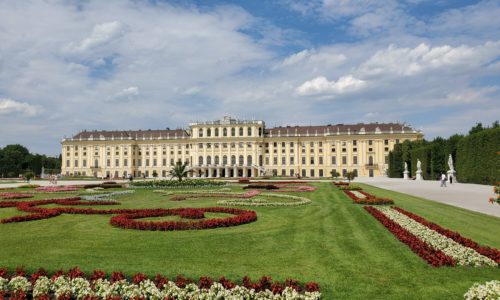 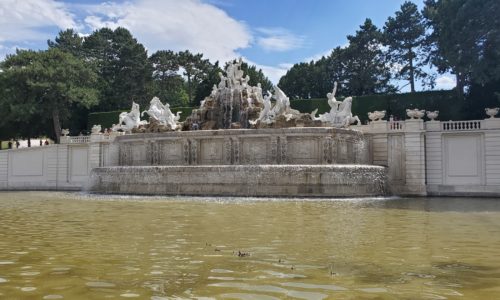 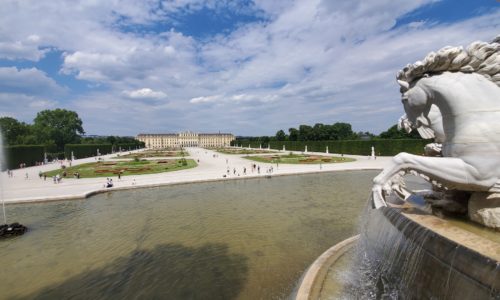 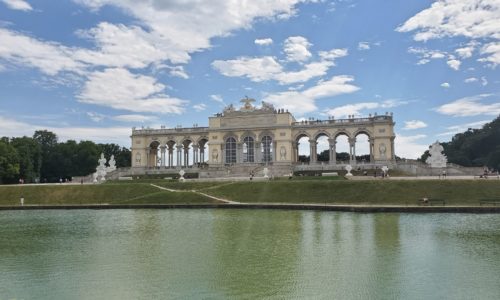 The hilltop pavilion at Schönbrunn Palace

Having walked around most of the city center we elected to go and visit the Schönbrunn Palace. This is slightly outside of the city center, and was the main summer residence of the Habsburg rulers. The grounds are expansive and stunning, and can be visited for free; highlights are the large pavilion on a hilltop overlooking the palace, as well the incredible ornamental fountain. There is also a zoo in the palace grounds with pandas. We had only scratched the surface of exploring the gardens before it was time for our tour of the palace, covering 40 of the I-don’t-know-how-many rooms in the vast structure. Sadly, photography was not permitted inside. It was striking how frugally the last emperor had decorated his quarters; he apparently regarded himself as the first civil servant of the empire and worked long days at his desk to keep things running. 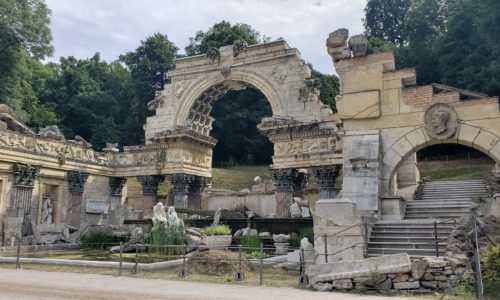 A fountain at Schönbrunn Palace 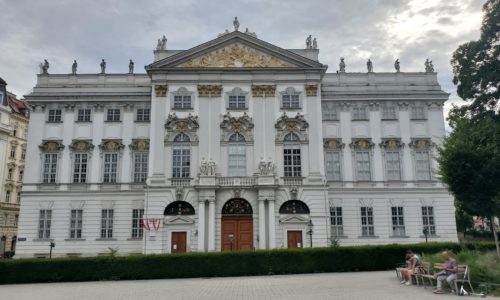 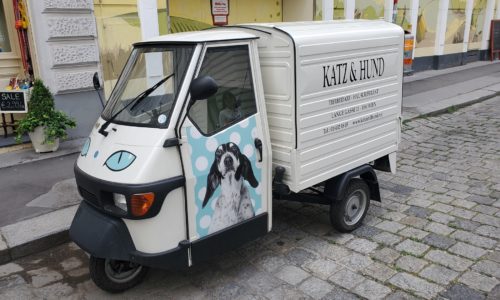 That evening we enjoyed more local dining in the courtyard of the nearby Fromme Helene restaurant.

We had a lazy morning, with breakfast nearby, before parting ways and heading to our respective airports. The daughter of Michael, Christian’s flying partner, kindly drove us back out to Wiener-Neustadt and we loaded up the aircraft before taxiing down to the fuel pumps and waiting for about 10 minutes for the pilot of the C182 that had been abandoned there to come back and move it. According to the fuel attendant, it was a Cessna company airplane being flown by a dealer, and was only a few months old. We filled the mains and auxiliary tanks; with no fuel at our next stop, and very high prices in Romania, the plan was to tanker fuel all the way to Bulgaria at the earliest.

We received our IFR clearance through the remote clearance delivery frequency on the ground, and departed straight out off of runway 09. The only route that would validate when I filed was rather circuitous, but thankfully air traffic control started giving us good short-cuts right from the beginning. We climbed out to the northeast, crossing into Slovakia and passing just south of Bratislava at 10,000ft before being cleared almost direct to destination. We flew just to the north of Budapest, and then started a steep descent into Debrecen, Hungary where we’d be spending one night. 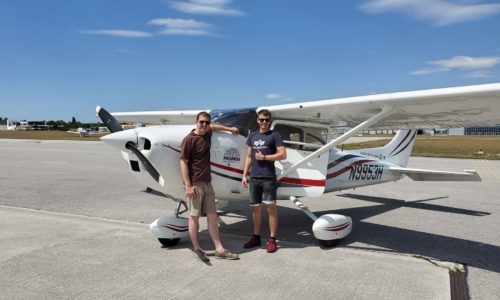 Saying goodbye to the flight school rep at Weiner-Neustadt 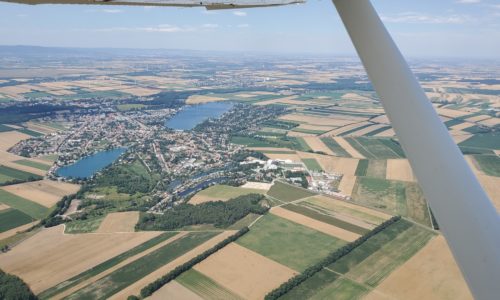 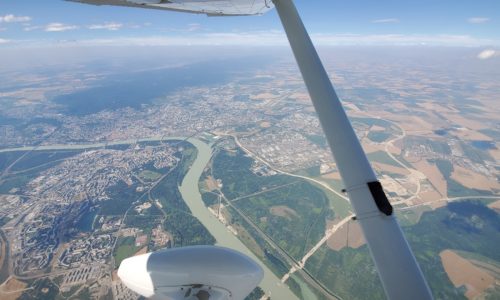 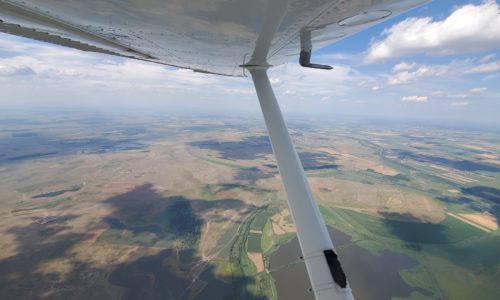 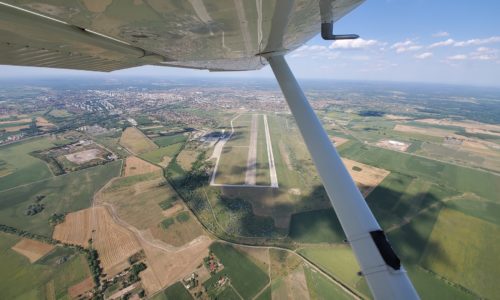 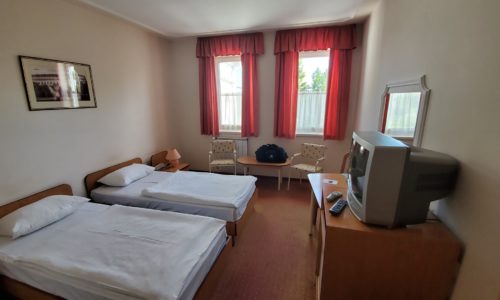 The hotel in Debrecen

The airport has just one runway, and a only single taxiway. However, it’s still mandatory to follow the “Follow-Me” car that the airport provides. Perhaps they’re concerned that one might take a wrong turn out the airport gate and up the road into town? We taxied past old cold-war era fighter shelters, and were parked on a large almost empty apron next to a Cirrus SR22. The handlers were quick and efficient, and gave us a short ride to the terminal where we picked up a taxi to the hotel. No Uber in Debrecen! 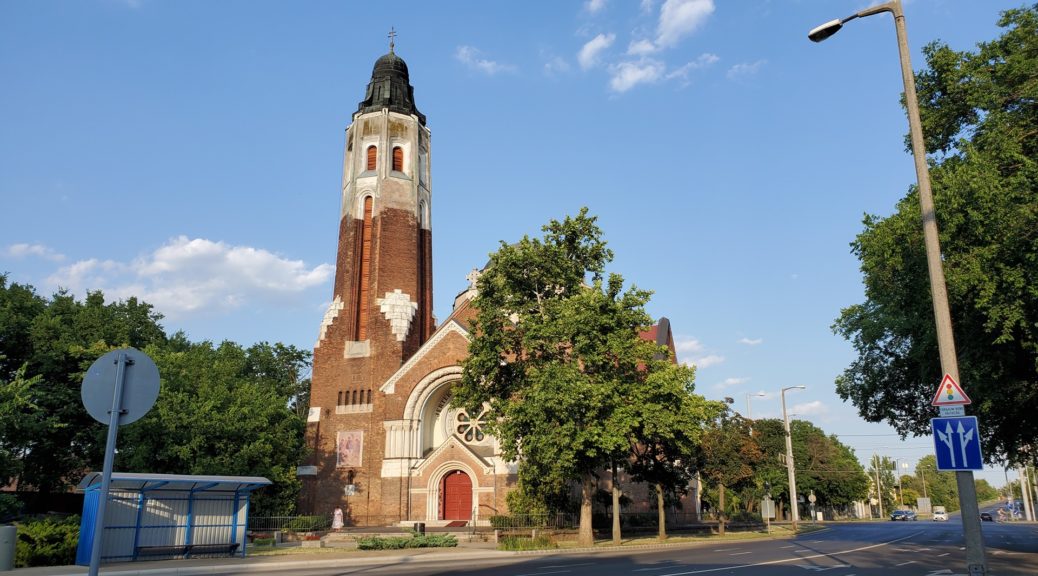 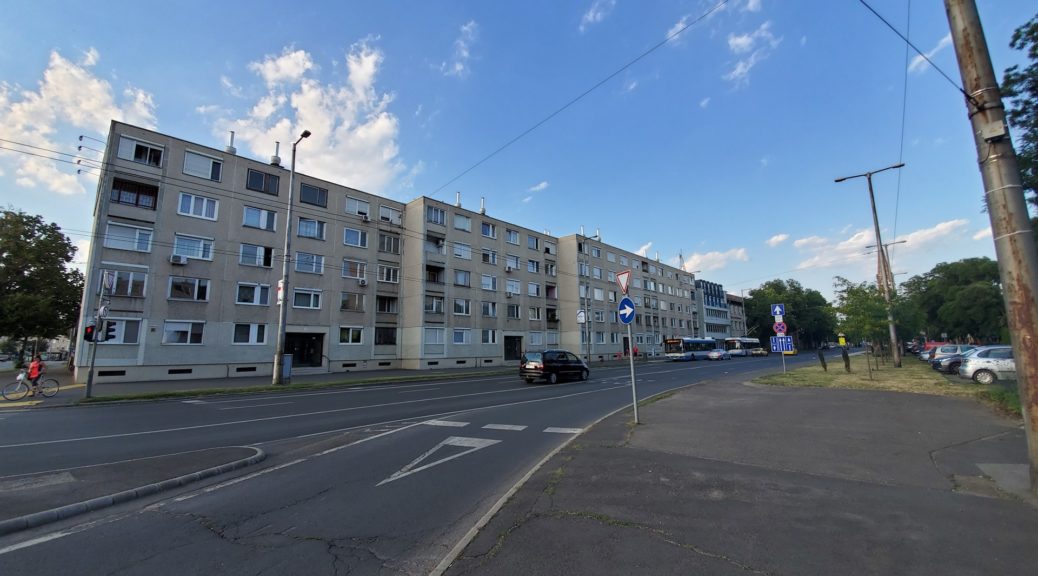 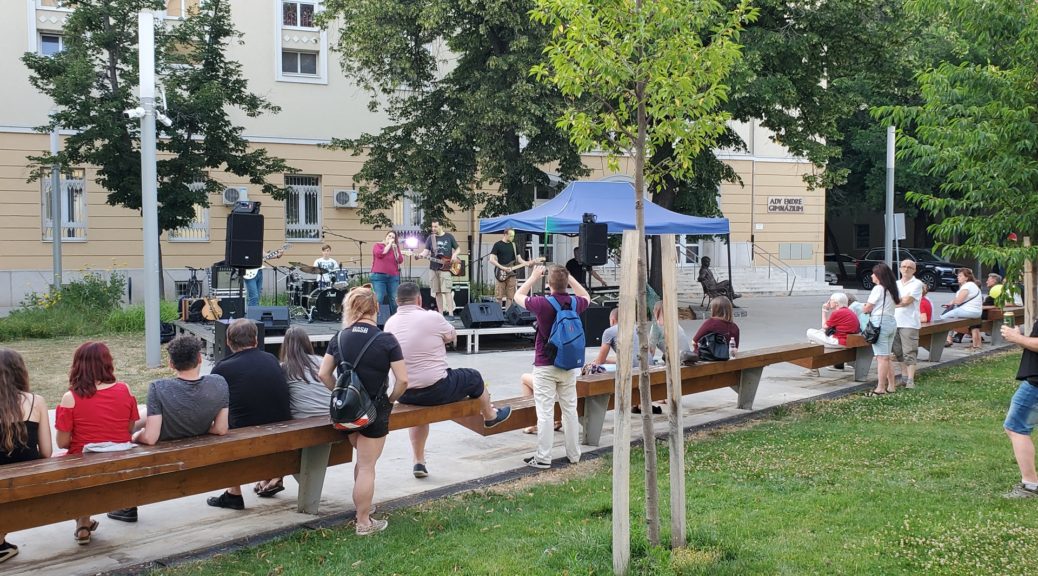 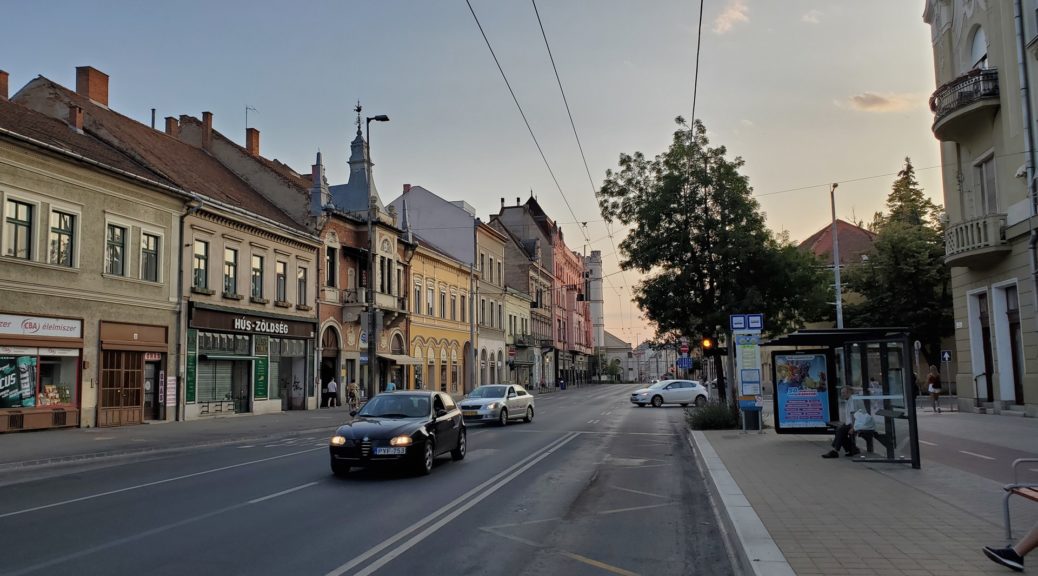 After a rest, we walked the 40 minutes into town, crossing the rail lines and passing through a large chemical facility. Dinner was at an excellent Italian restaurant which even offered Pina Coladas – heaven! 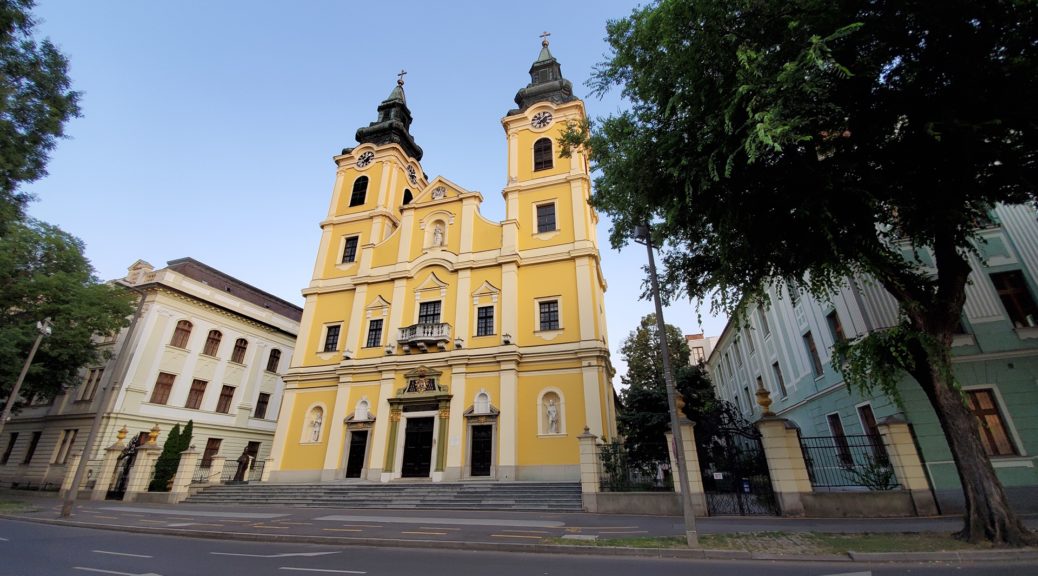 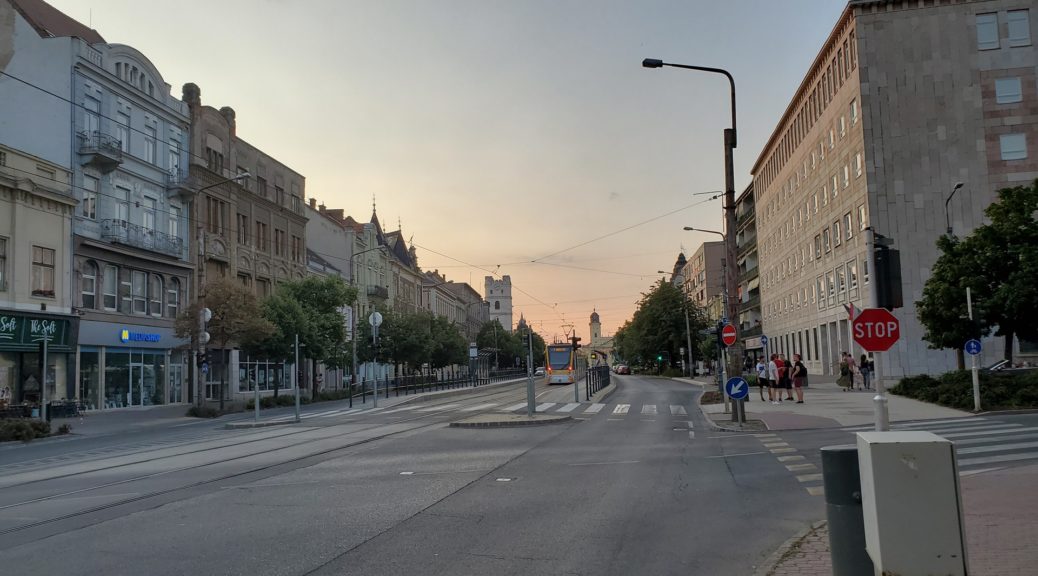 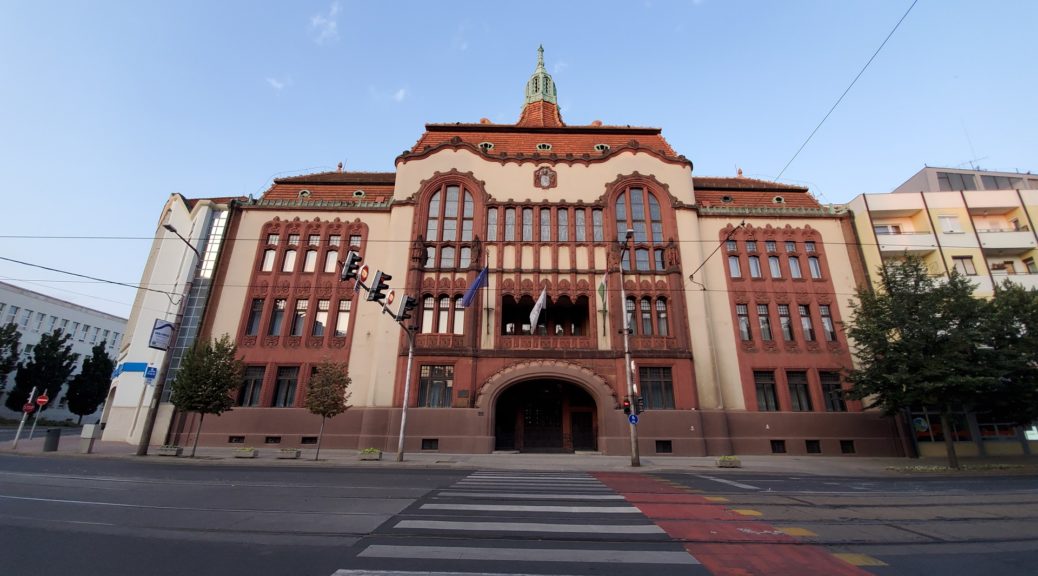 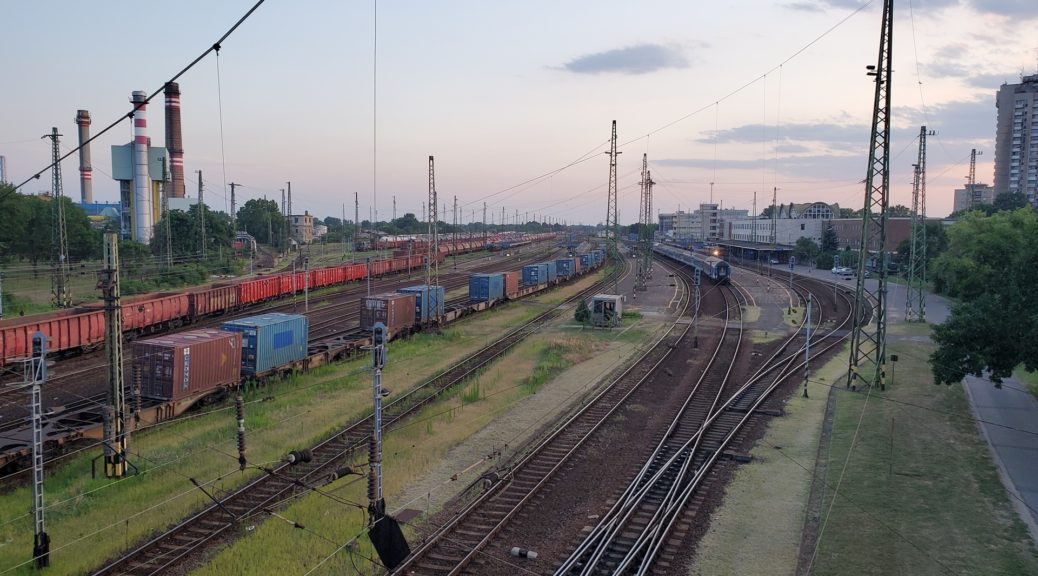