The Faeroe Islands are renowned for bad weather, but today they were making an exception, just for us. Conditions along the route were ideal for flying. After yet another hotel breakfast, our taxi driver from the previous day turned up right on time and delivered us straight back to the airplane. Our top-notch handler was there again, and after very trustingly signing on the yet-to-be-finalised blank invoice, I taxied the aircraft over to meet him at the fuel pumps. There wasn’t a ladder, so to fill the tip tanks we used an over-turned picnic table. It seemed to be rush hour, as not moments after we’d shut down to fuel, 3 flying school Diamond aircraft turned up and queued behind us. It took a while as we were loading 76 gallons (at $10.60 a gallon, I miss US fuel prices terribly!) 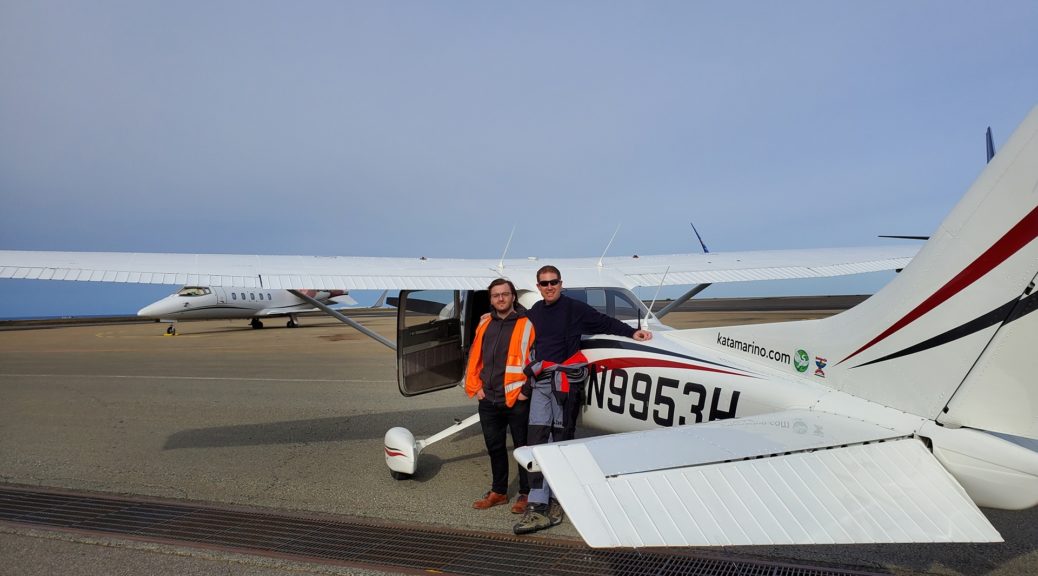 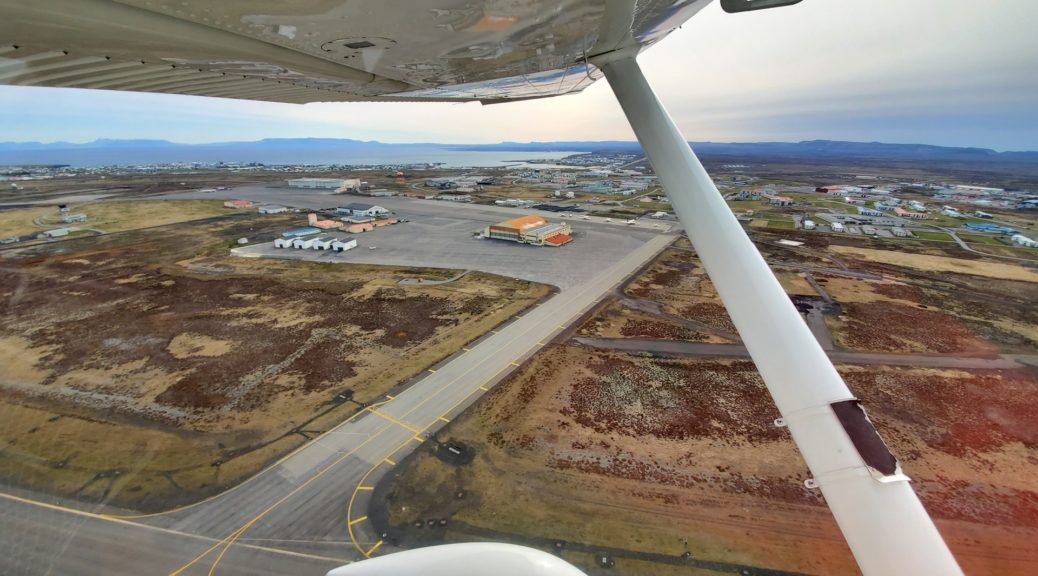 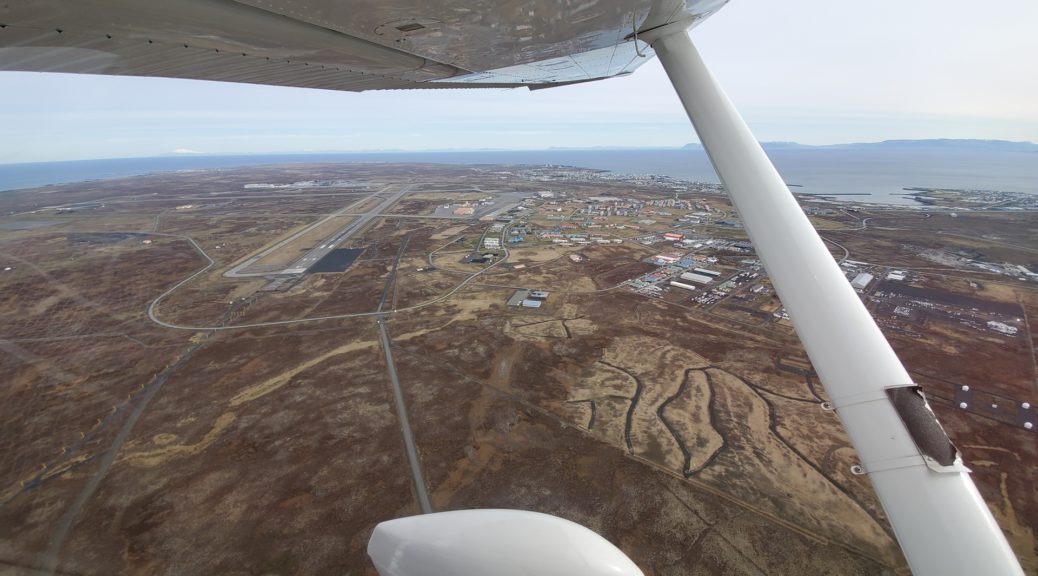 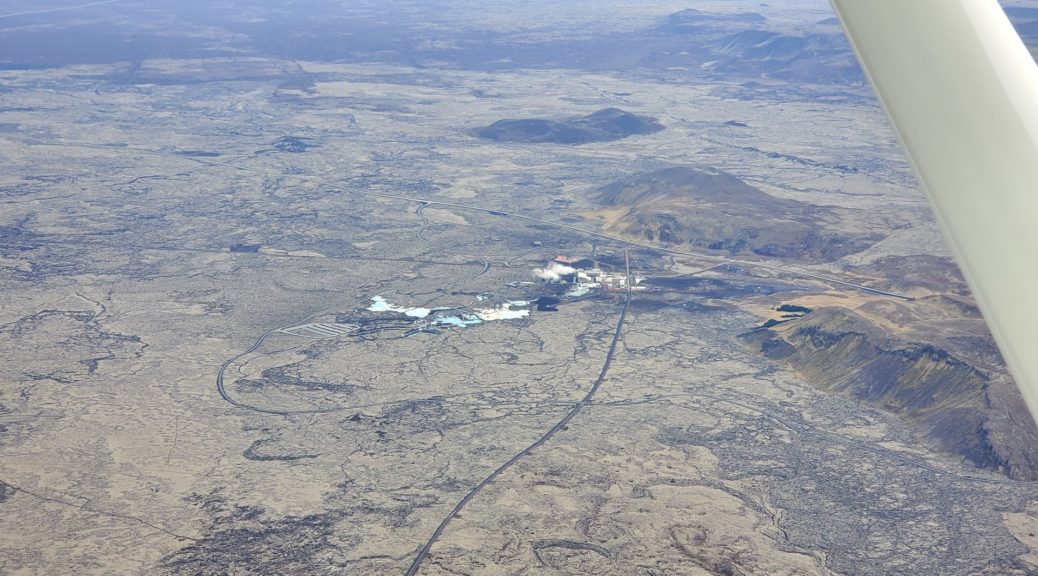 Fueling complete, and chats with the flying school members finished, we started up and taxied for departure. We took off to the west, with a left turn over the geothermal power plant before continuing along the southern coast of Iceland. To our left, the dramatic mountains and glacier of Vatnajökull National Park rose above us. To the right, along the shore, steam rose from large expanses of black sand. The volcanic heritage of the area was impossible to miss. The Icelandic shores slowly drew away to the north as we set track directly to the Faeroe Islands. 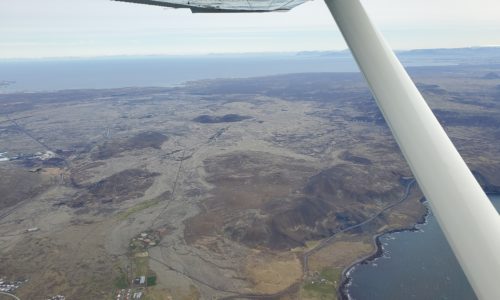 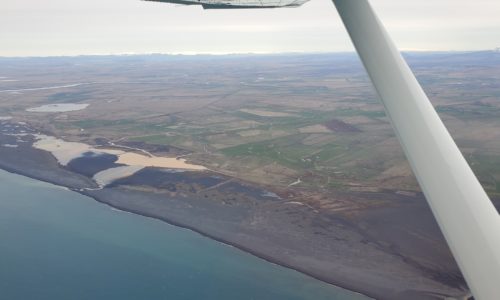 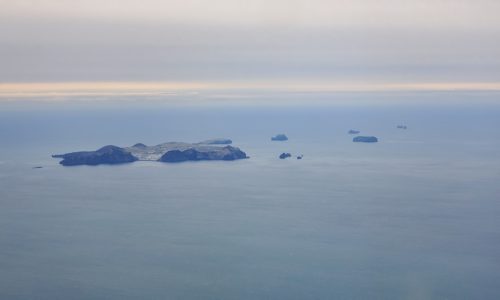 The island of Heimaey 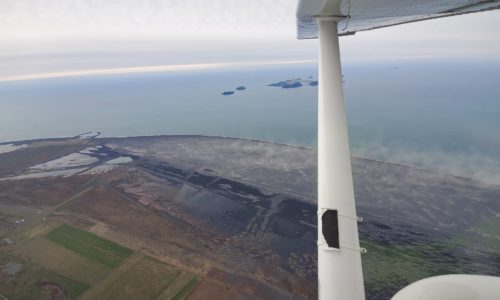 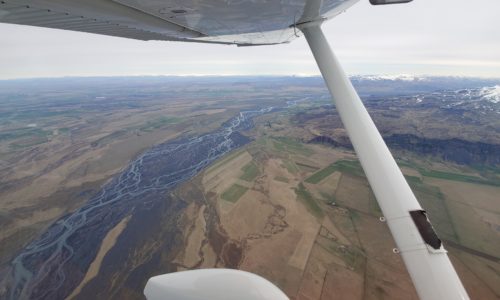 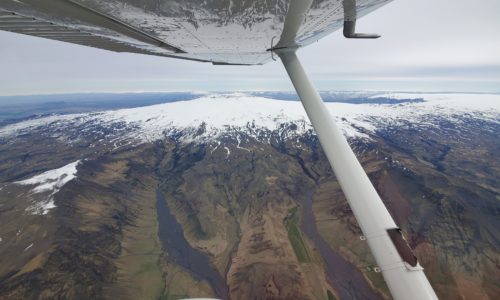 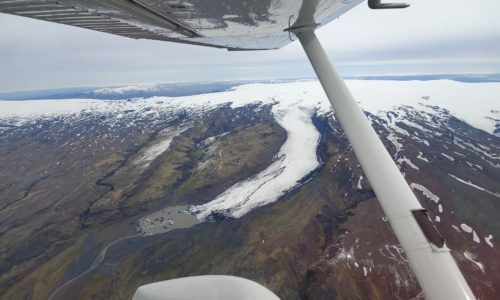 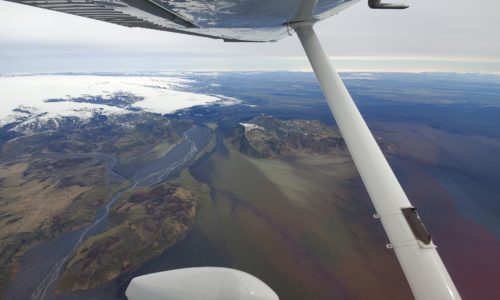 Meltwater from the ice field 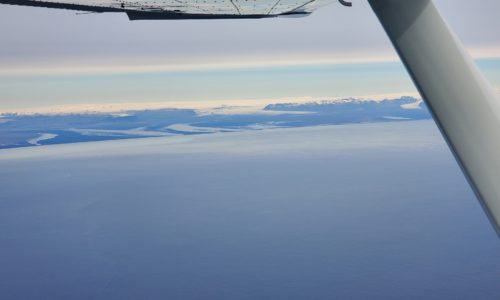 The next couple of hours passed quickly, the winds veering around to push us along at ground speeds of over 150kts, and no cloud to affect us. We stayed in touch with Reykjavik ATC until nearing the Faeroes, when they handed us off to Vagar Information. An Airbus A320 from the Faeroes national airline was landing ahead of us, as we set up to fly the famous waterfall arrival to runway 30. Mike had been watching multiple videos online of this routing, and used the experience he’d gleaned to smoothly direct me around for landing. The tower directed us to parking where we were welcomed by customs (who just seemed to want to say hello), and the lady from the handling agents who also helpfully turned out to run the car rental company. She led us smoothly through the airport, rented us the most expensive one-day car rental I’ve even seen, and we set off for a bit of exploring. 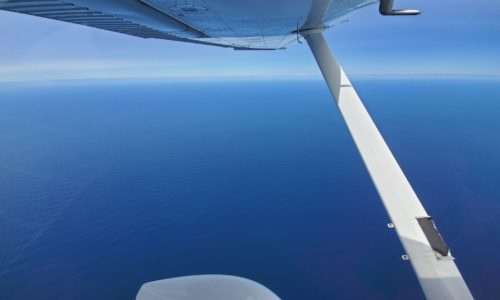 Beautiful conditions in the Atlantic 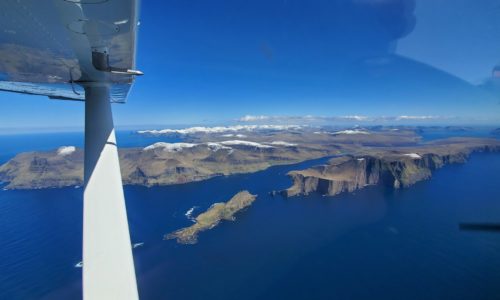 Arrival at the Faeroe Islands 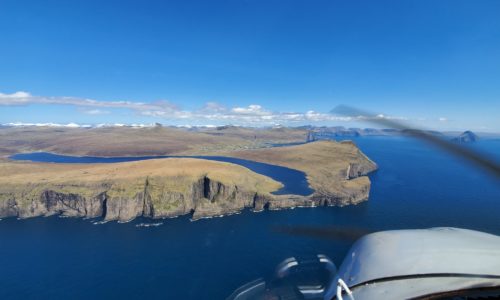 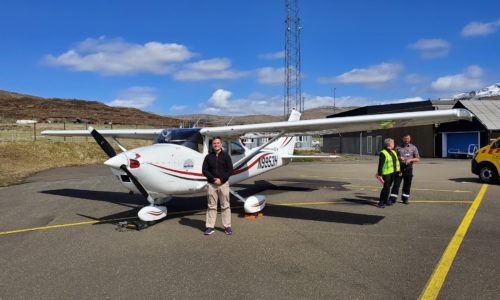 Safely parked up, under sunny skies 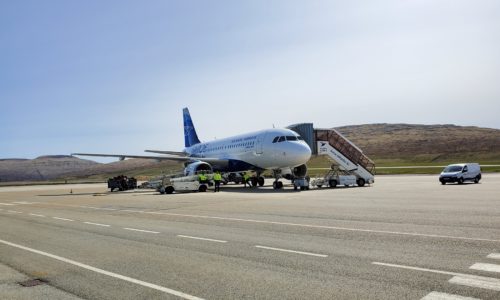 The A320 that arrived before us 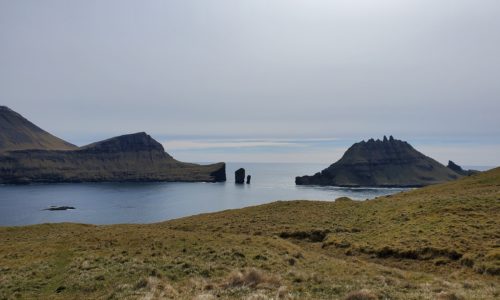 The scenery continued the theme of the last few days, in that it was once again stunning. We first drove out along a scenic route west of the airport, stopping every now and then to take in the views, before turning back and taking a long tunnel and then a winding mountain road to the capital city where we’d booked a night in the Hotel Hafnia. A surly lady gave us the key to our room which turned out to look out onto the somewhat noisy and aromatic extraction fan from the kitchen, to Mike’s displeasure. He returned to do battle with the receptionist and, having won her over, we were relocated to an all-round much nicer room. The only downside was that I wouldn’t be able to visit the restaurant and ask to have “whatever I smelled from the extraction fan 10 minutes ago”, which I had been rather looking forward to. 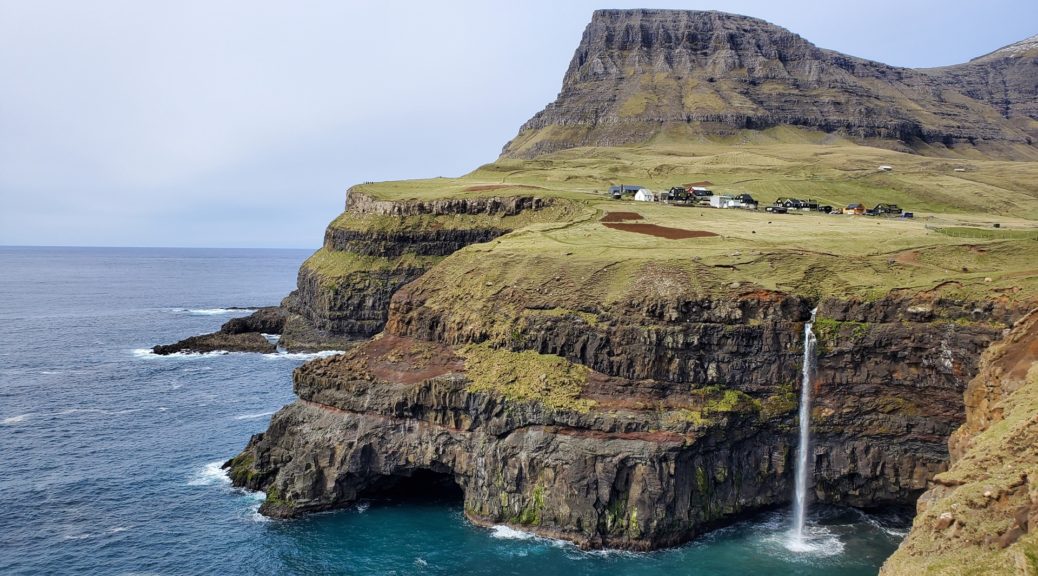 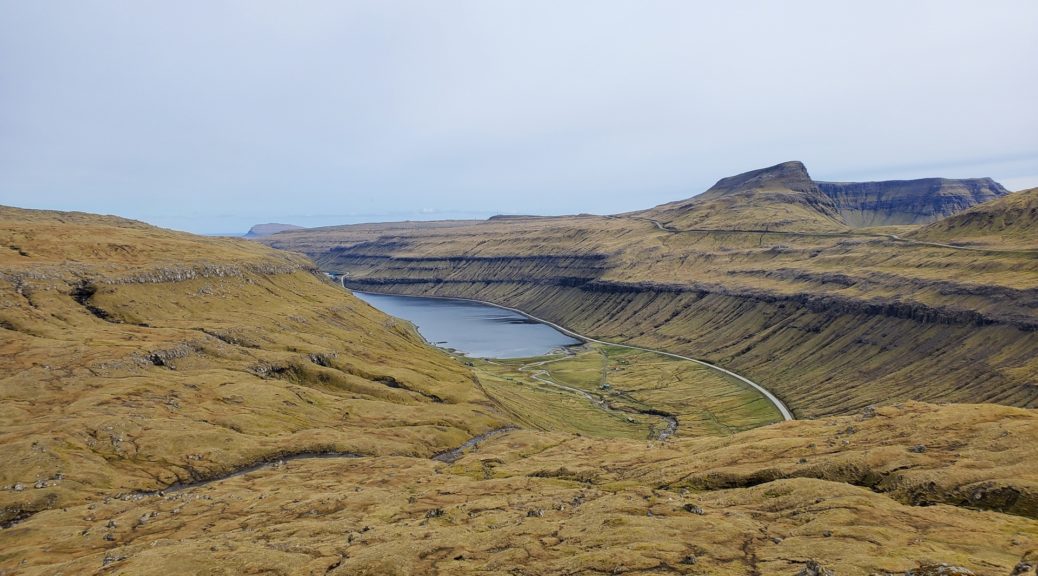 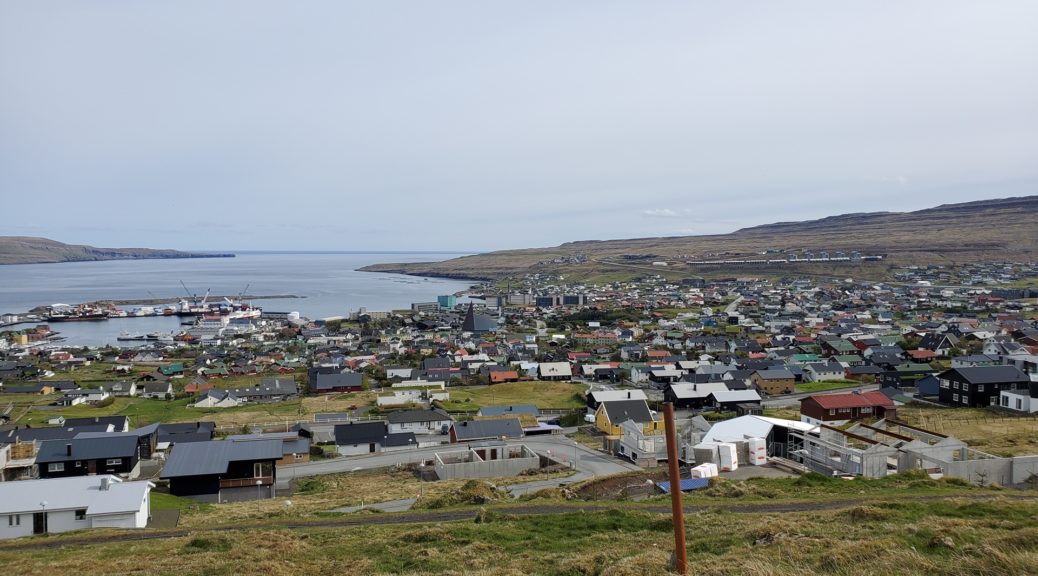 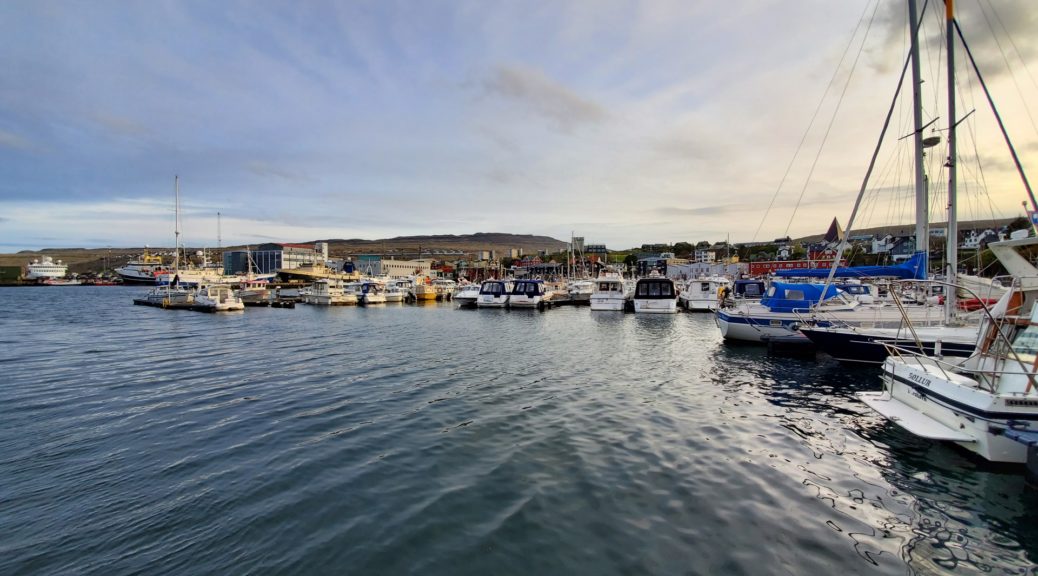 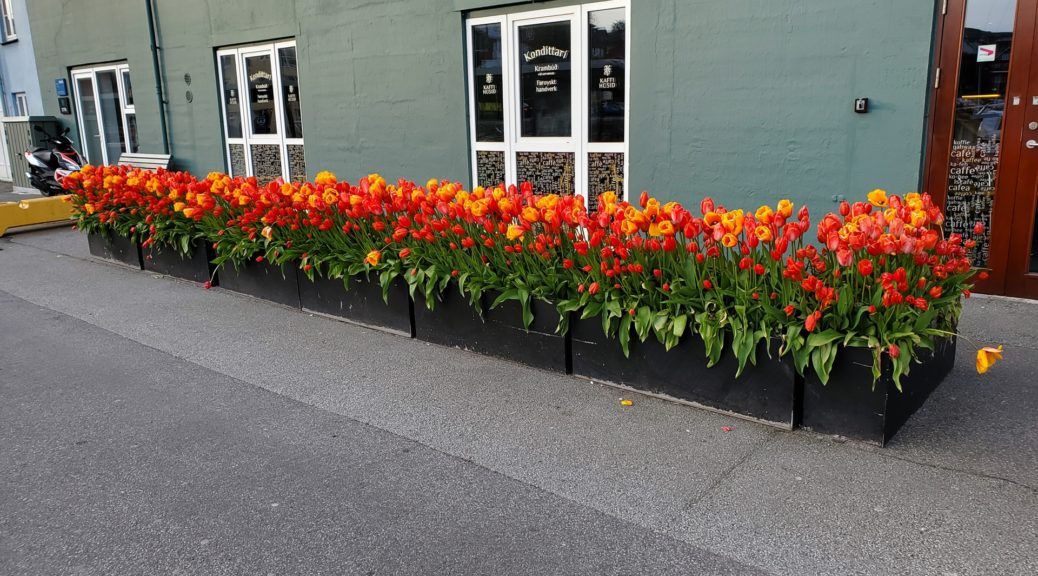 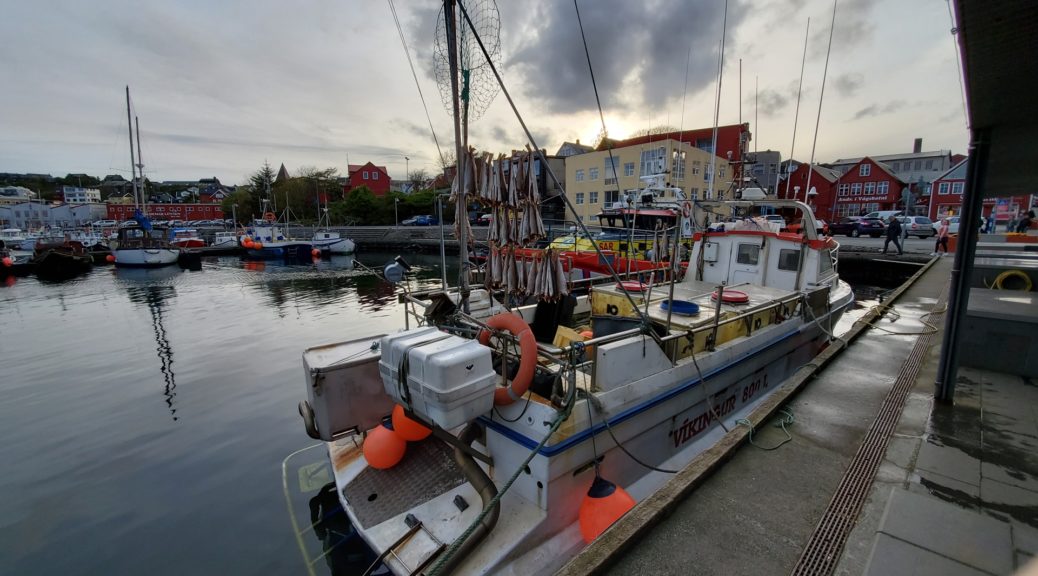 Catch of the day, out to dry

We had dinner at a nearby hotel (nothing is very far away in the city center of Torshavn), and then drinks and dessert down by the harbour before heading back to the room. I worked on the write-ups and flight planning while Mike went out for a walk, ending up drinking with a group of locals who taught him some of the local language and then drove him home!

2 thoughts on “Round the World – Atlantic Day 7”