The group of heli-skiers were due to fly out today, so the previous night had been fairly “celebratory” for them! We therefore didn’t get quite as much sleep as hoped, but were up bright and early anyway and breakfasted with the Austrians, who were planning a couple of hours scenic flight followed by a return to Iceland a little behind us. The hotel owner ran us all back to the airport in the van, and we took care of the flight plan and other formalities with the air traffic controller (who had also been in the hotel bar the night before!) We still had plenty of fuel from the day before, so that was one task that didn’t need taking care of. 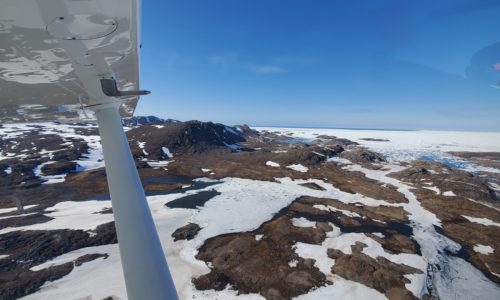 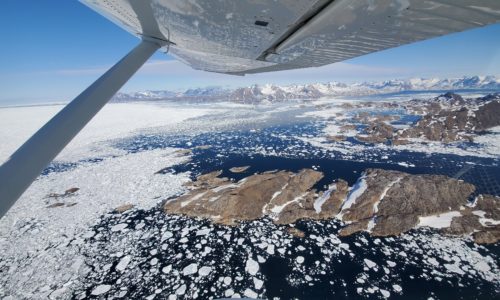 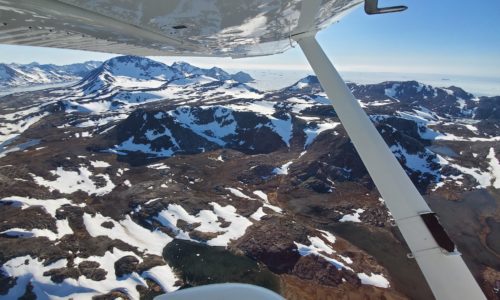 Making our way around Kulusuk island 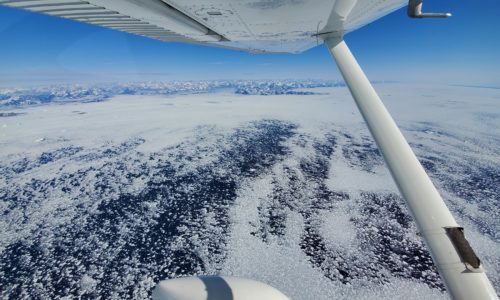 A view north across the sea ice 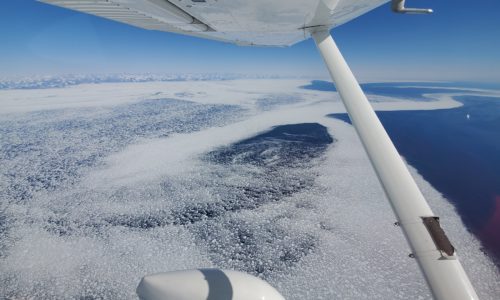 Sections of ice were breaking up early, and fast, this year 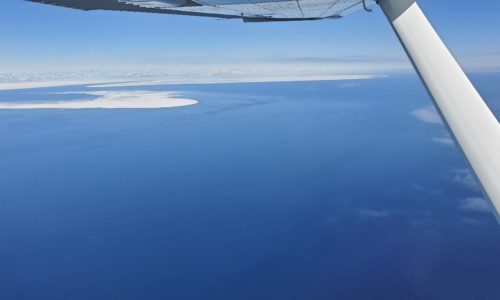 We departed to the west, with a wide left turn around the island on to our easterly heading, direct for Iceland. For a while the shore of Greenland was visible out the left hand side of the aircraft, slowly receding into the distance, before we were all alone in the middle of the Atlantic with nothing in sight all around but the sea. The weather was ideal, and the days flight was shorter than most so far at just over 3 hours; almost before we knew it, Iceland control was directing us to descend and vectoring us in over the lava field to land on runway 01 at Keflavik. 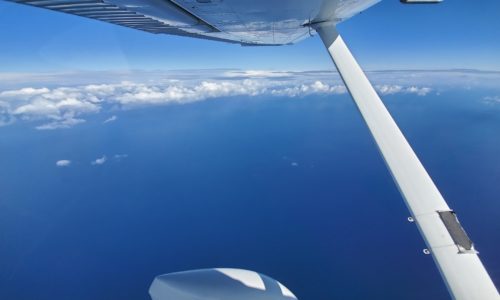 Scattered cloud over the north Atlantic 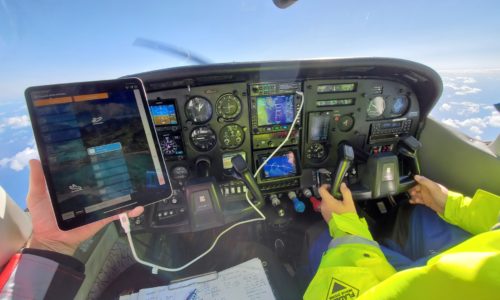 Using Miracheck in the cockpit on the way to Iceland 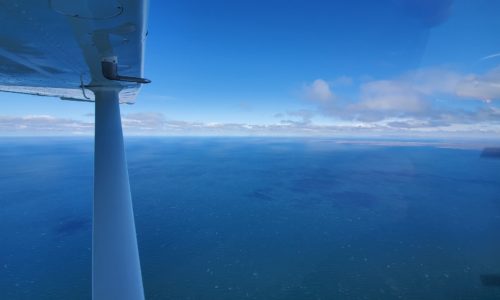 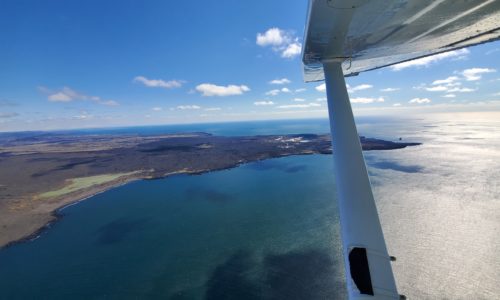 Coasting in towards Keflavik 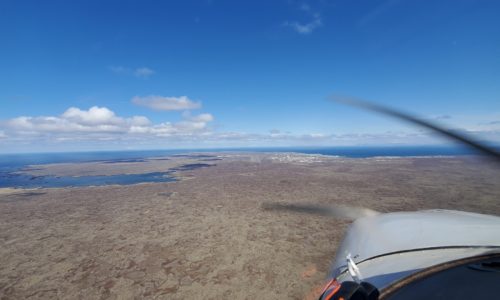 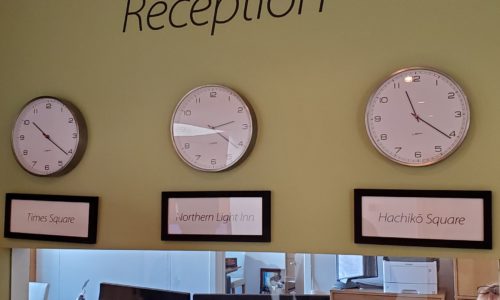 An interesting selection of time zones to choose

Parking at the airport was a little strange; instead of the normal model of just taxiing to the FBO, they had us park on a specific “stand” and then walk across to the FBO. There were only a few aircraft parked on this area of the airport at all, including one from the now-defunct WOW Air that was apparently being held hostage by the airport authorities for unpaid fees! Our taxi driver, arranged through the hotel, had a clearance to drive right into the airport and across to the FBO and before long we were taking the 20 minute taxi ride to the Northern Lights Inn. 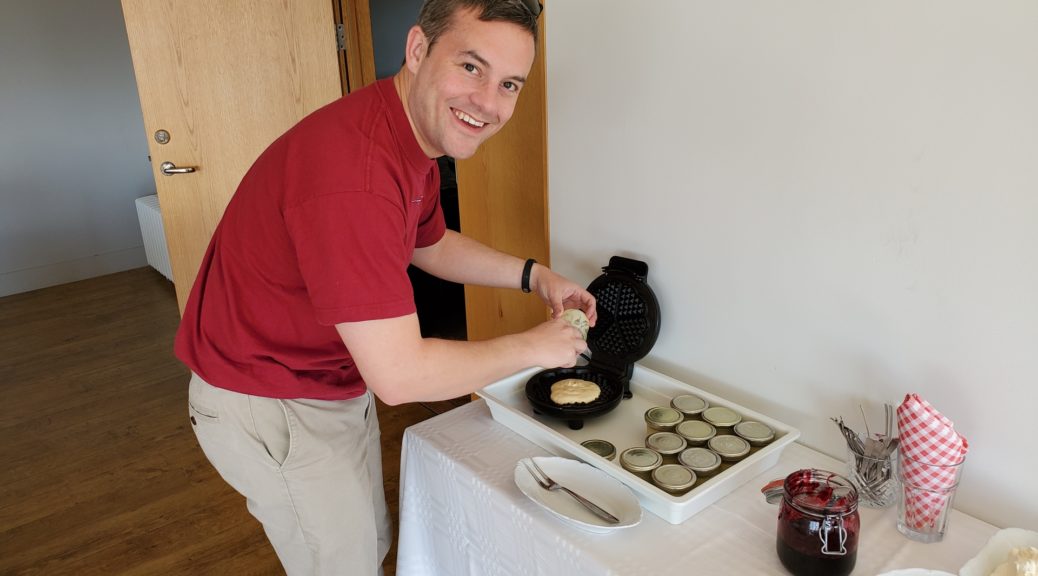 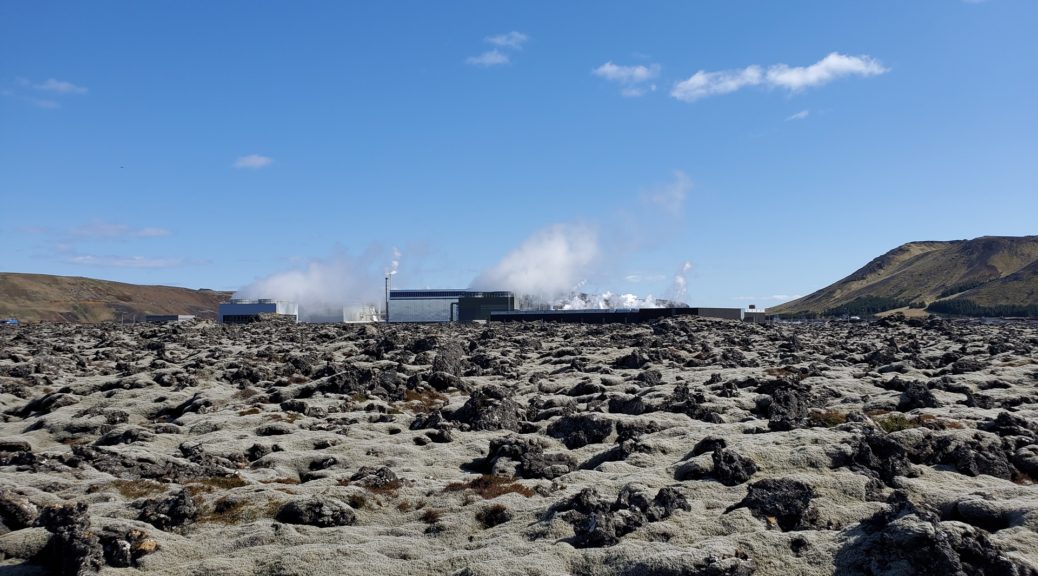 Mike had received strong recommendations to visit the “Blue Lagoon” – man-made geothermal springs fed by the wastewater from the geothermal power plant. As we only had one night we decided to visit, and safe Reykjavik tourist activities for other times. We’d chosen our hotel location to be within convenient walking distance (although there were only 3 options and the other two were about $1,000 a night!) After taking advantage of the afternoon “make your own waffle” bar in the hotel lounge we walked over, and spend a relaxing few hours in the springs, taking advantage of the in-pool bar! One highlight was meeting an Australian couple, Andrew and Margaret, who invited me to stay with them in Brisbane when I make it down that far. I intend to take them up on the offer! 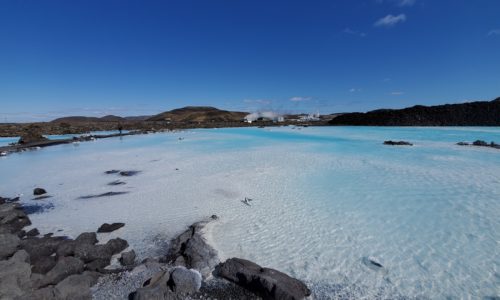 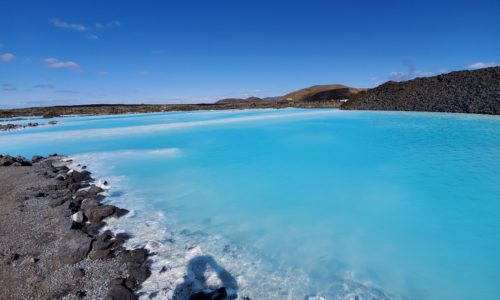 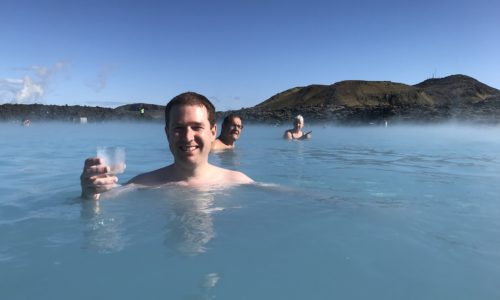 Relaxing at the Blue Lagoon

That evening we had a great meal in the hotel restaurant, and took care of the usual flight planning for the trip over to the Faeroe Islands. Iceland helpfully accept flight plans by email; although whereas the US would have just accepted my plan as-is and given the revised clearance at start-up, Iceland rejected it and asked I resubmit with some slight tweaks to the planned routing to meet their preferred departure routes. Either way, it was a big improvement on filing at the airport in the morning, and they were quick and responsive. I also took care of the customs/immigration notification to the UK, which has to be submitted no later than 24 hours before arrival if coming from outside the EU; and a quick check had revealed that the Faeroe Islands were indeed outside of the EU!