More so than any previous trip, a flight around the world requires thorough planning, training, and preparation. Pilot, aircraft, and support team all have to be ready to deal with the many and varied challenges that might arise. This second post covers some of the safety aspects and pilot training carried out in the run-up to the trip.

Should the worst occur on an over-water leg, I don’t want to be learning about the art of sea survival “on the fly”. On the 11th and 12th of March 2019 I attended a two day ditching and sea survival course at Survival Systems USA in Groton, CT; this covered both simulated ditching training in an indoor pool, and sea survival training with actual rafts in the sea off of Connecticut. Hopefully, this is training that I’ll never have to use for real!

After visiting friends in Baltimore, I set out on the Sunday evening to fly the couple of hundred miles to Groton. The weather in Baltimore was great; in Groton not so much, forecasting low visibility and lower ceilings. I filed an IFR flight plan with a route taking me straight over New York City; I didn’t for a moment expect to actually be allowed to fly it and indeed in the event I was routed all the way around the northern side of NYC before coming south again to Groton. I flew the ILS to land on runway 5, breaking out of the cloud at about 250ft into visibility low enough that I could see the approach lighting system but not the runway itself!

On Monday I arrived at the training center early and met my fellow students. There were just five of us, the others being three helicopter nurses from Baltimore and New York medical groups, and one Alaskan fisherman! Our excellent instructor Mike spent the morning taking us through some of the theory of ditching and sea survival, before we moved to the pool and ditching simulator.

The water work started off with practicing deploying life jackets, and how to move around in the water. We then moved on to practicing righting and boarding a life-raft, before each having a couple of runs in the ditching chair; a floating chair that you strap in to, get turned upside down in the water, and practice releasing your harness and escaping through the frame. 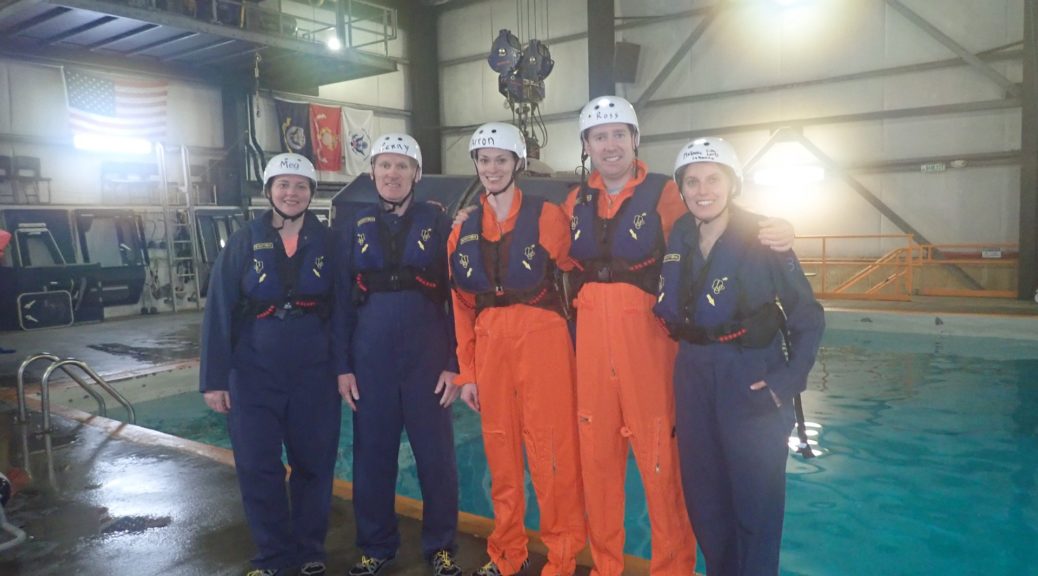 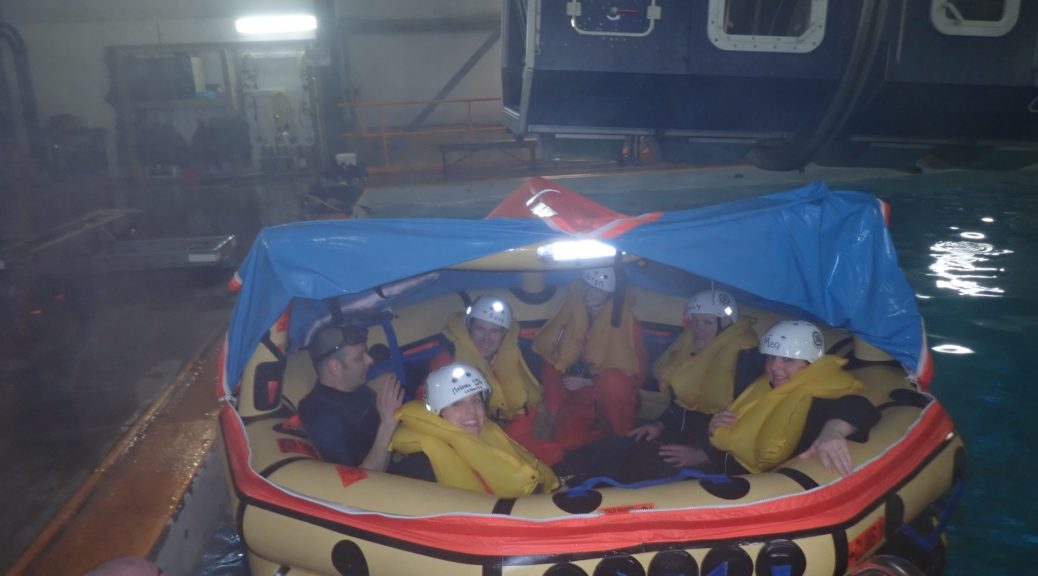 Warm and cosy in the raft

This done, it was time for the main event; the ditching simulator. This mock aircraft cabin can be set up with different types of doors and harnesses to best simulate ones own aircraft. I was placed on the flight deck, and we ran a number of drills, with the simulator sometimes rolling upside down after ditching. The final run had the lights off, with a simulated storm, and a blocked primary exit. Challenging!

Day two, with just three students, started with another day of classroom work followed by donning survival suits and heading out into Long Island Sound. We practiced survival and moving around with the survival suits only, before being passed a Winslow life raft (the same brand that I carry, helpfully) to deploy and board. 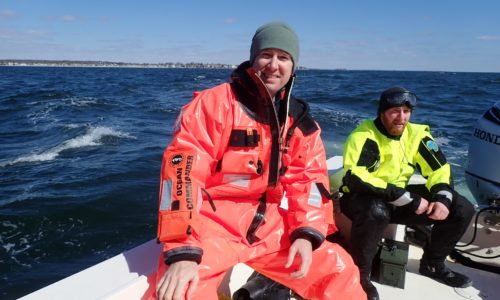 Heading out into the Sound 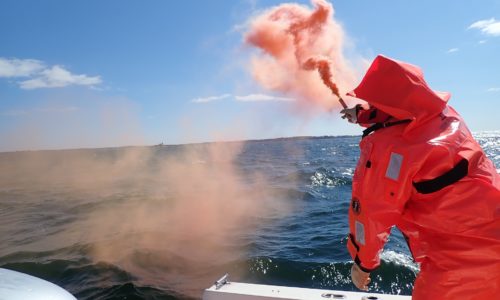 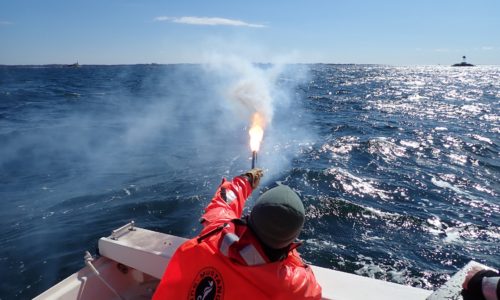 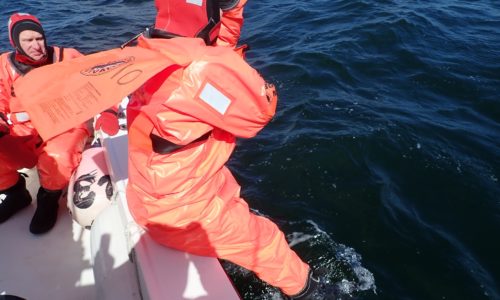 Into the frigid water! 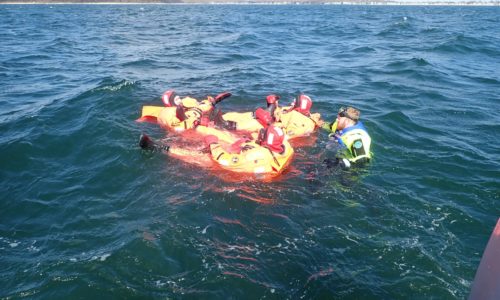 Rafting together for warmth and stability 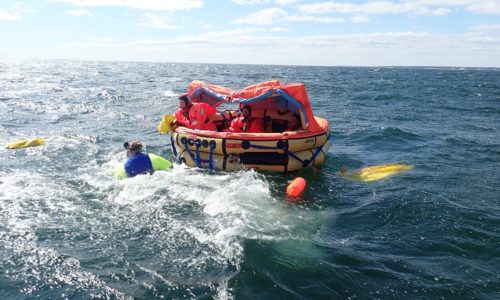 Raft drills, on the open water this time

Overall, this was some of the most effective training that I have carried out, and heartily recommend it to anybody who flies regular, long over-water legs!

The training is of little use without the proper equipment to back it up. I will be carrying a 4-man offshore Winslow life-raft, and wearing a Switlik aviation life vest on any over-water leg. For the Atlantic crossing, a survival suit will be worn. Critical equipment such as the Personal Locator Beacon (PLB), air/marine-band handheld radios, and other survival items will be carried in the life vest pockets or elsewhere on my person to ensure that if I have to get out of the aircraft, the most critical gear comes with me.