During this pre-trip period, I decided some refresher flying in a C172 would be a good idea; I hadn’t flown one for more than two years. The local FBO, Cirrus Aviation at Sarasota Airport, had a C172 SP; the same model that we’d be flying across the country. I had an hour’s check flight with one of their instructors, who offered me a job teaching at his new flying school. The check flight was fairly routine, with some general handling such as stalls and tight turns, and some circuit practice including a practice forced landing (PFL). Having been successfully signed off we made plans for an overnight trip down across the Florida Everglades to Key West. 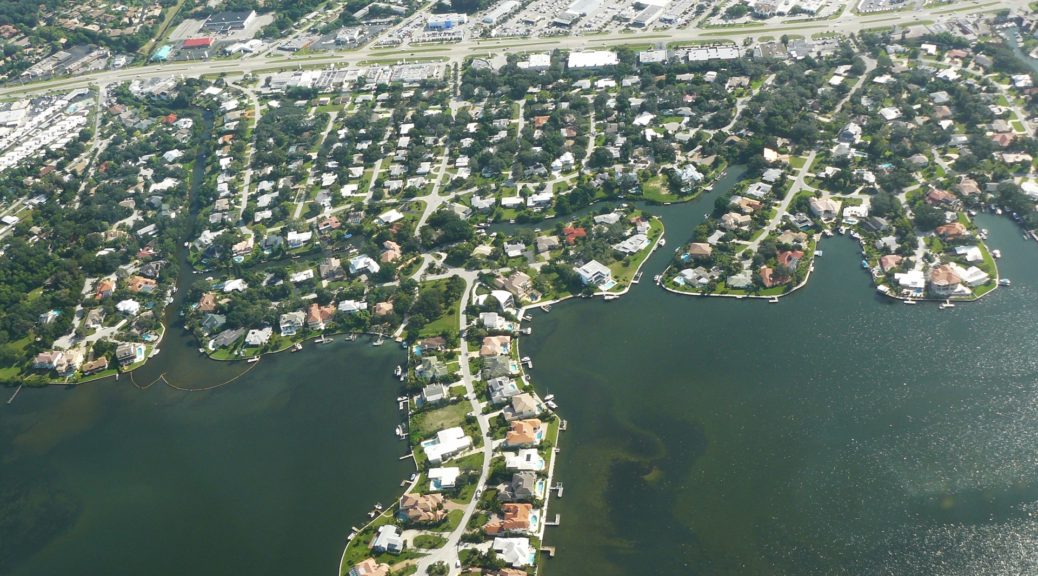 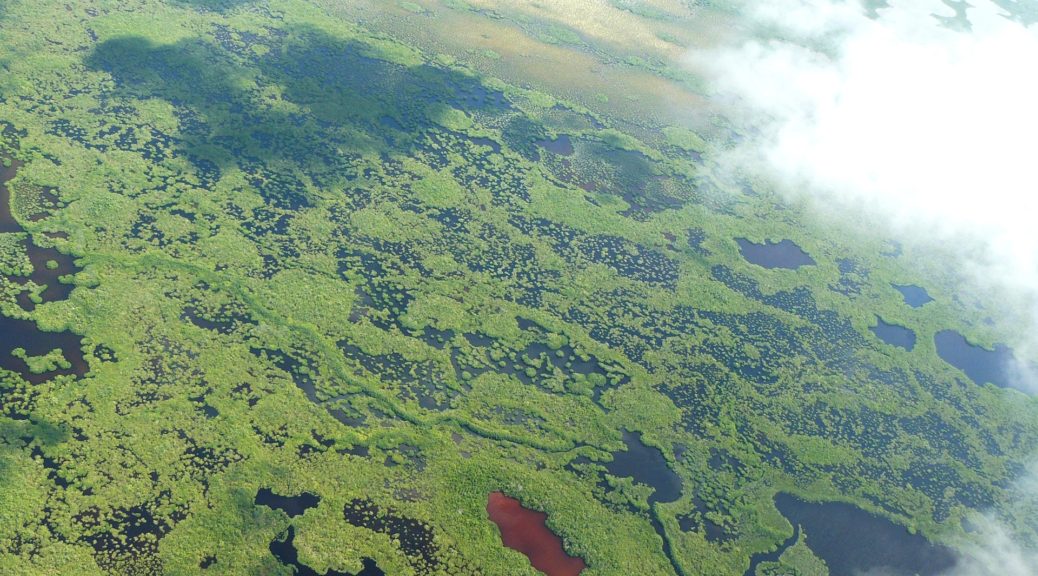 The predictable Floridian weather did not let us down, and we set off down the West coast towards Key West Airport under a brilliant blue sky, dotted with slowly expanding cumulus clouds. The straight line distance between the two airports is 170nm, but this is all over water. We had decided, in the interests of safety and also better scenery, to fly along the coast and then along the chain of islands that extend between Key West and the mainland. This route was 250nm, or about a 2.5 hour flight. 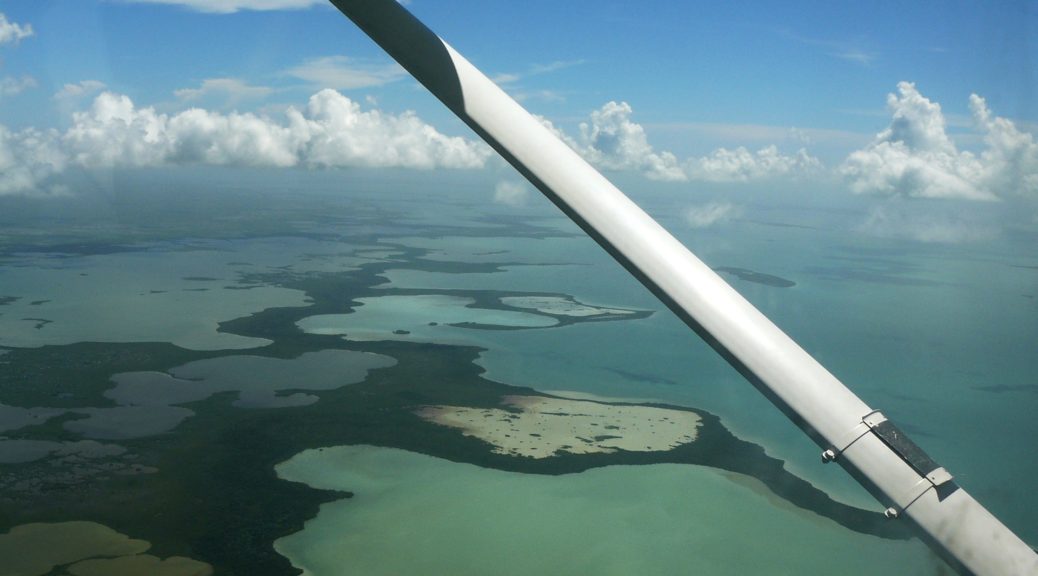 Along the Florida Keys 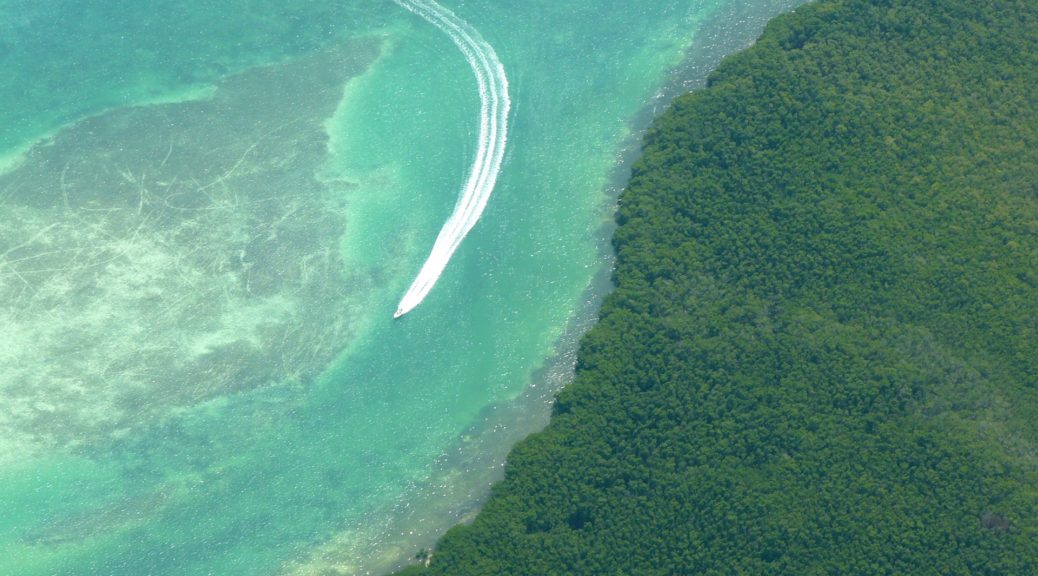 Boaters in the Keys

Our route had us flying, for the most part, over the Everglades National Park. There’s not a whole lot there, with the exception of swamp and alligators. We were flying fairly low, and for a while were out of radio contact with Miami Center, which was a little disconcerting; but we kept one radio tuned to the emergency frequency of 121.5 so at least if anything happened we could send out a message quickly to any other aircraft in the area. It was a relief to reach the bottom of the mainland and cut the corner across the shallow waters to pick up the chain of islands that would lead us down to Key West. 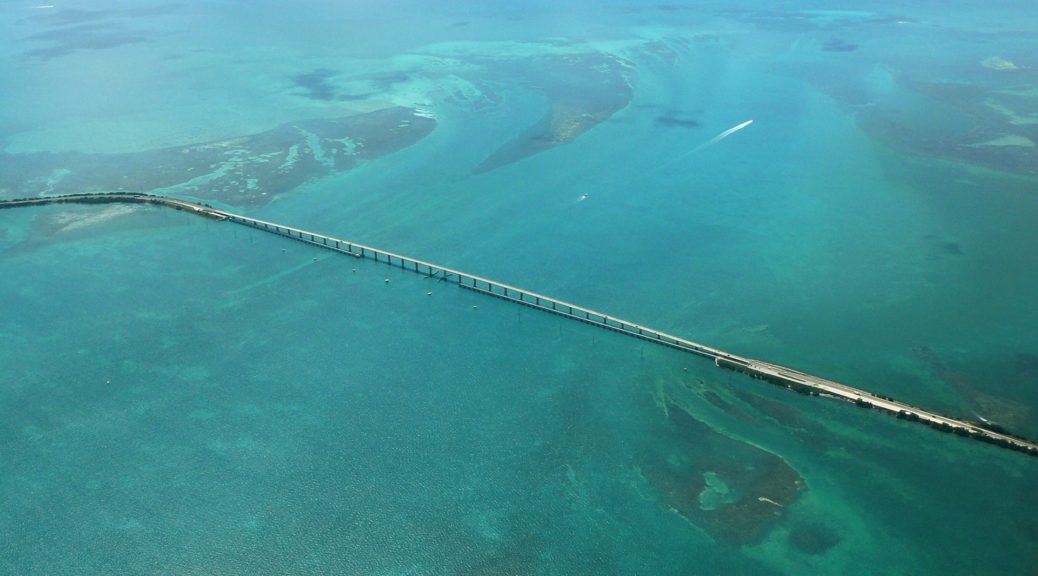 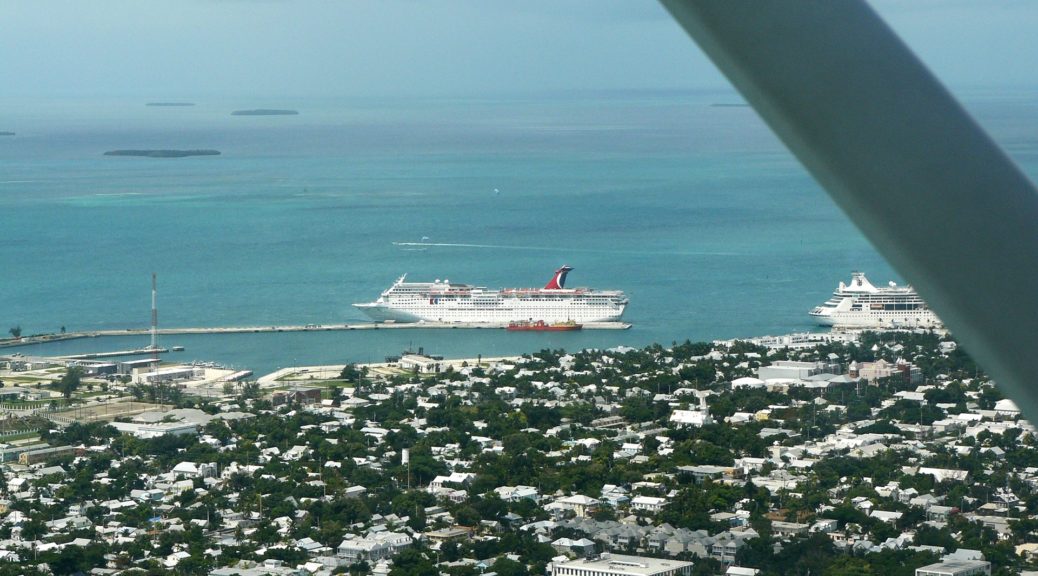 The Keys are connected by US Highway 1, which begins in Key West and extends 2377 miles, all the way up the East Coast to the Canadian border. The first 127 miles run along the keys, with the longest span across water being nearly 7 miles. Towards the Key West end of the chain, one must pass by the Key West Naval Base. In my experience they have been helpful, on this occasion instructing us to “remain below 1,000 feet, multiple jet fighters incoming from your 12 o’clock. This call tends to focus the mind, and my altitude holding was superb as we watched the jets flash by overhead! A few minutes later we were turning finals for Key West, parking up, and heading into town.