We were back at Luang Prabang airport by 7am. The agent that we had used for our permit, “Asia Flight Services” (also known as “Indochina Aviation Centre”) had given us a quote in advance that featured a number of very high third party “overtime” charges; such as $500 for Air Navigation overtime. These had seemed odd to me, with nothing mentioned in the AIP, so I had emailed the Laos Department of Civil Aviation to check. They responded, to say that there was no such charge, and requesting full information to investigate what they referred to as a “scam”. It wasn’t clear exactly who at the airport was or wasn’t in on it, but in the end we managed to stay under the radar and get back out to the aircraft without incident.

We loaded up the aircraft and pre-flighted. When trying to sump the fuel drain under the engine (drain some fuel and check to ensure there’s no water in it) I found that no fuel would come out at all; there must be a blockage, or an issue with the linkage. I removed the top cowl and had Elsa activate the sumping lever while I watched; nothing. After a while it became clear that instead of the sumping lever, Elsa was in fact pulling the oil dipstick in and out. We eventually established that the issue was in fact a blocked drain tube; when I unscrewed the tube, fuel came out fine. An attempt to fix it by poking wire through failed, so it was added to the “things to do later” list; I had after all been able to confirm the fuel was safe! 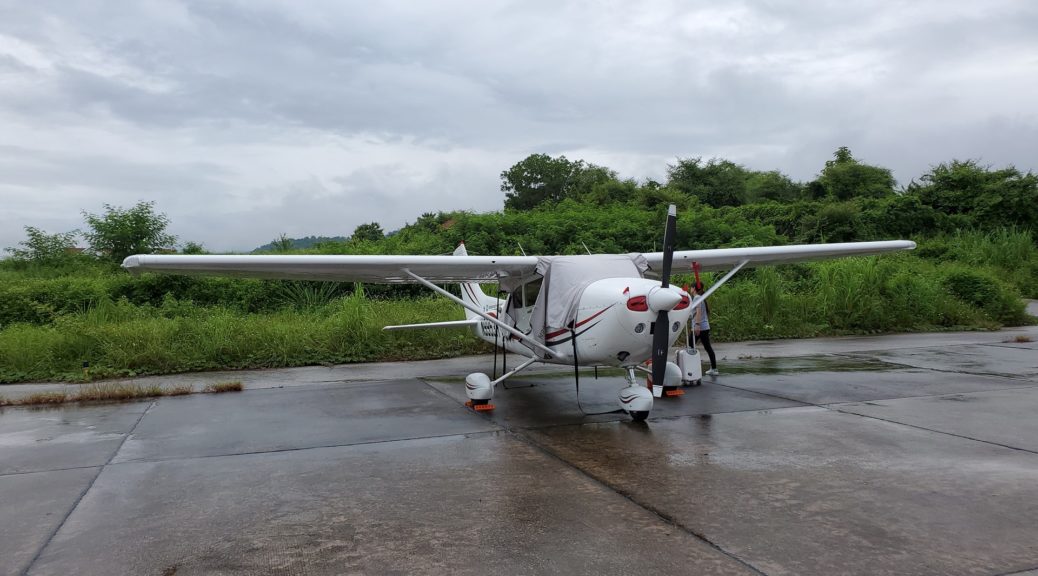 A wet morning in Luang Prabang 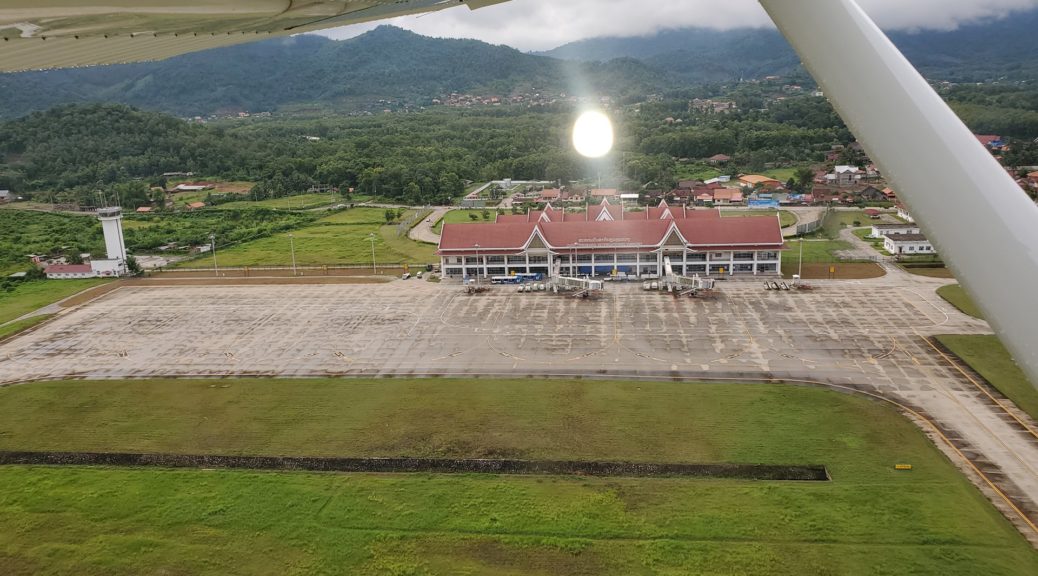 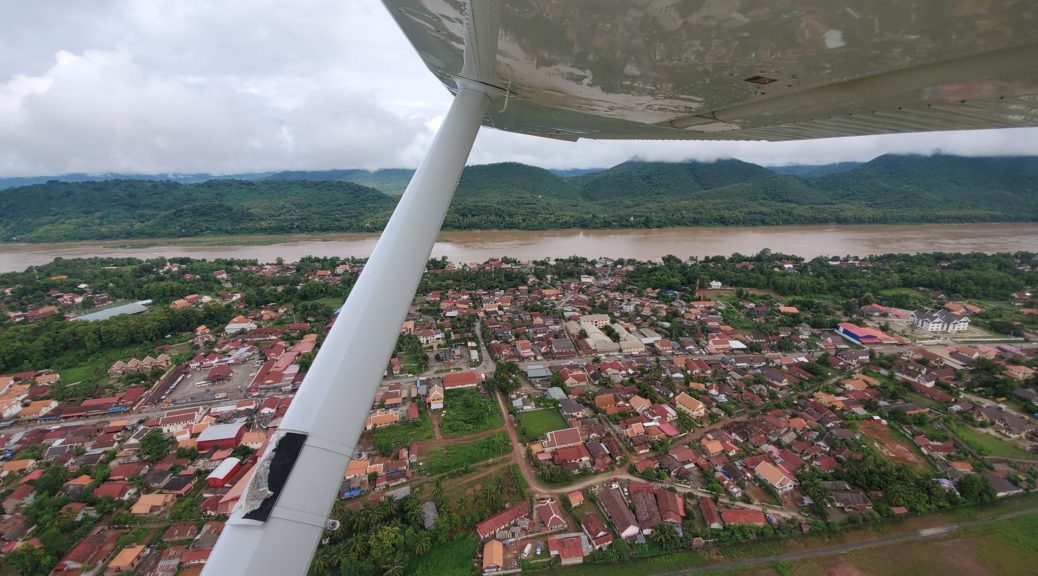 Climbing out, looking over the Mekong 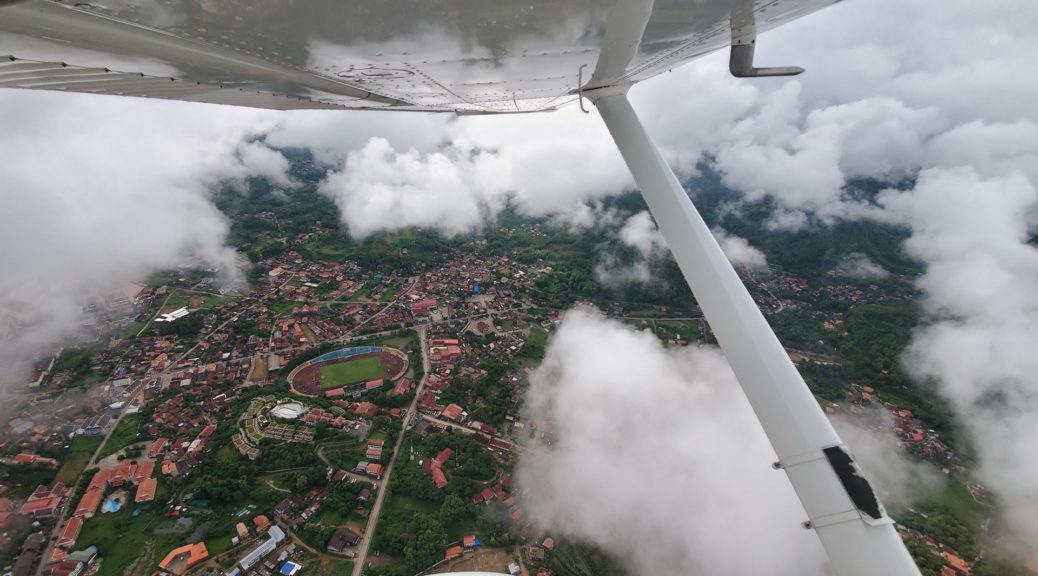 I put the aircraft back together and called for clearance. It took an inordinately long time to receive clearance, which had me worried that we were going to be called back for another attempted shake-down, but eventually we were given the go-ahead to back-taxi down the runway, and took off with a slight left turn on course. We climbed through cloud, paying close attention to the terrain on the GPS, and were soon cruising south on top of a fluffy cloud layer, in bright sunshine. 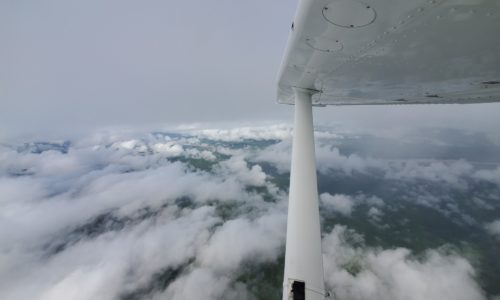 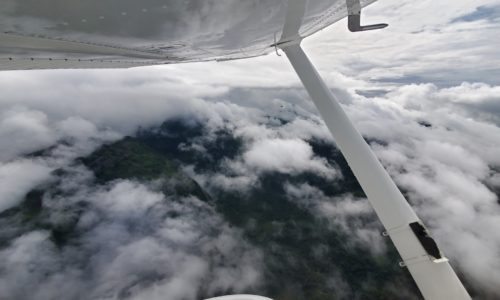 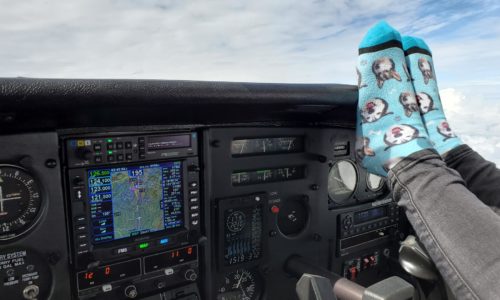 Appropriate socks for the Husky Cafe 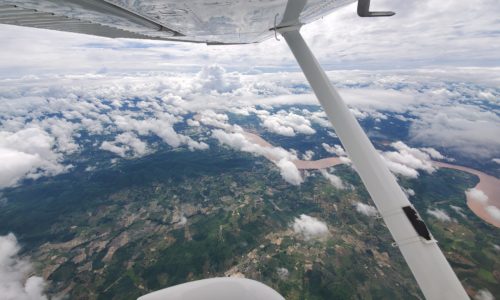 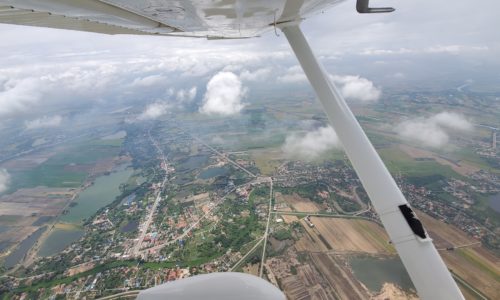 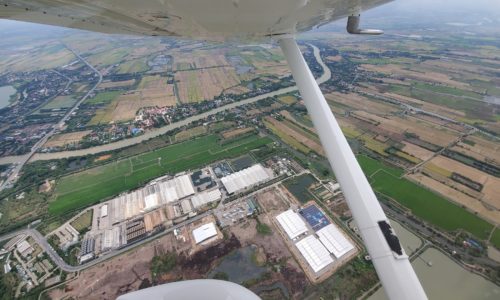 We’d departed a little early, so I kept the power low and flew slowly to Bangkok to try and pull a little closer to our planned arrival time. We droned down Thailand on autopilot, enjoying the views and some music over the intercom.

Our destination airport, Don Mueang, was one of the busiest in Thailand. We were put into a holding pattern for 10 minutes while a parade of B737s and A320s from low cost carriers landed, before being vectored to the approach for runway 21L. We taxied past ranks of regional airliners, parking up on stand 4 opposite one of the M-Jets hangars. 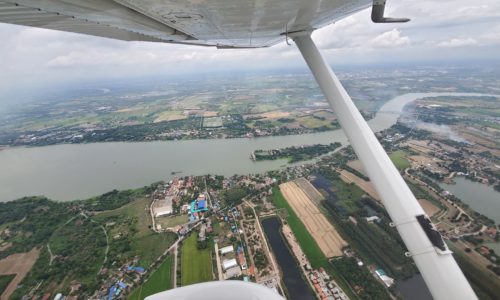 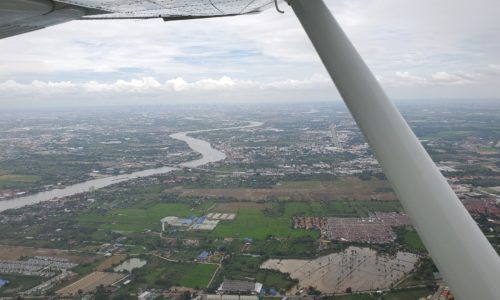 Looking out towards Bangkok 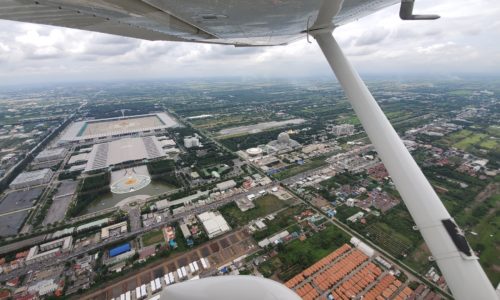 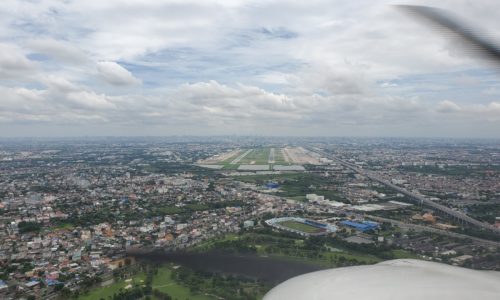 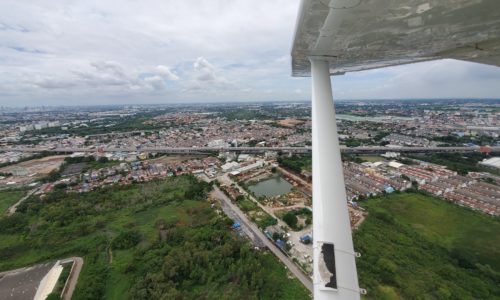 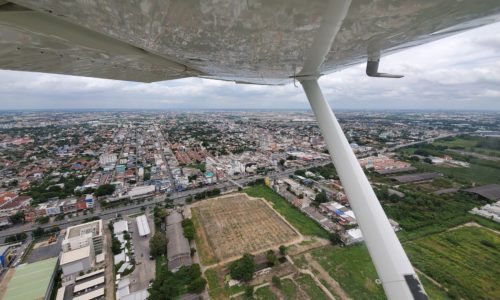 M-Jets collected us and drove us all the way down to the other end of the airport, where their “Private Jet Terminal” is. An immigration officer was there on site, and we breezed through and into a taxi in record time. Very easy, and also very good value considering the location; M-Jets are recommended! 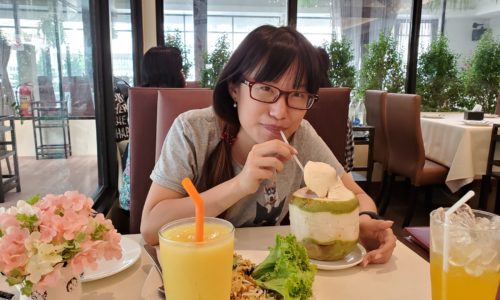 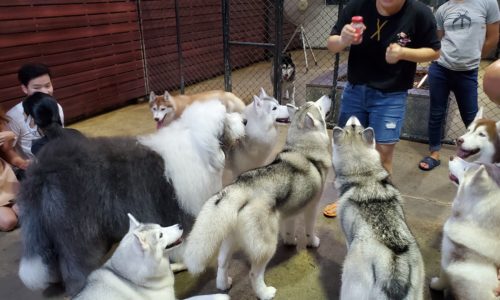 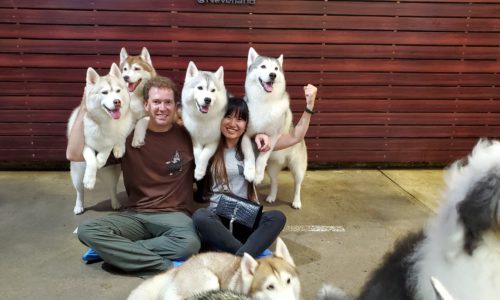 We were in a hurry to get downtown, as we had two tickets to “Truelove @ Neverland”. Despite sounding like some sort of Michael Jackson seemed brothel, this is in fact an animal cafe; with 20+ Siberian Huskies to meet and play with. We arrived early enough to walk to a local restaurant for lunch before our scheduled “playtime”. The facility was very impressive, with a large air-conditioned house for all the dogs to live in, and they were all beautifully groomed and healthy. The cafe has quite strict rules about how to interact with the dogs, for their safety (and of course that of the visitors). We spent a happy hour or so meeting the dogs before heading through the heavy Bangkok traffic to our hotel, out near the main airport, and a Dominos delivery for dinner!

We left the hotel at 0630, to see Elsa off on her flight back to the US, after which I returned to the hotel and enjoyed another few hours of sleep. At check-out time I took a taxi to the Furama hotel, the same one I’d been staying at before, to be closer to Don Mueang airport for my 1030am departure the next day. The rest of the day was taken up by some flight planning, and dinner and shopping at the nearby Terminal 21 mall. The following day, I’d be heading south again, making ground once more on the route around the world.